During my last Inside Passage boat trip in Alaska, our trip finished in Wrangell, Alaska. Wrangell is very small, but quaint little town in the Southeast. One of the neat things about this town is a little area about a mile from downtown, called Petroglyph Beach. This beach is so-named because it contains a lot of large rocks on the beach that contain petroglyphs, or rock carvings.

Not much is known of these petroglyphs … who made them, why were they made, etc. In Wrangell, the town has actually built a wooden deck overlooking Petroglyph Beach. On this deck, they have reproductions of the original petroglyphs, which are both easier to see the carvings and available for visitors to make “rubbings” (using a pencil and drawing paper). And it is interesting that nearby Petersburg also has a beach with some petroglyphs.

The photos in this post are of the original petroglyphs, lying about on the beach. So, although not as “nice looking” as the reproductions, they are the real deal. This first petroglyph shows a fish image carved into the rock: 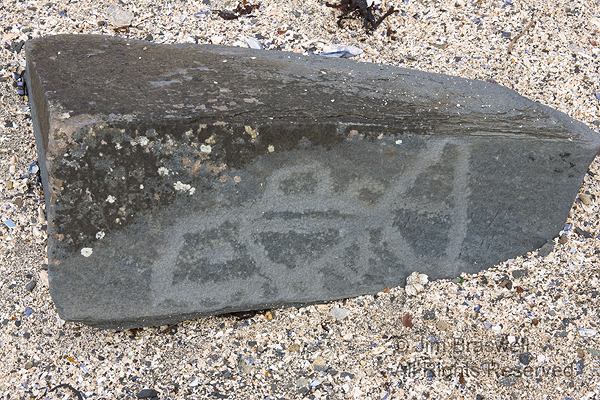 This next petroglyph is of a snail, or a similar animal: 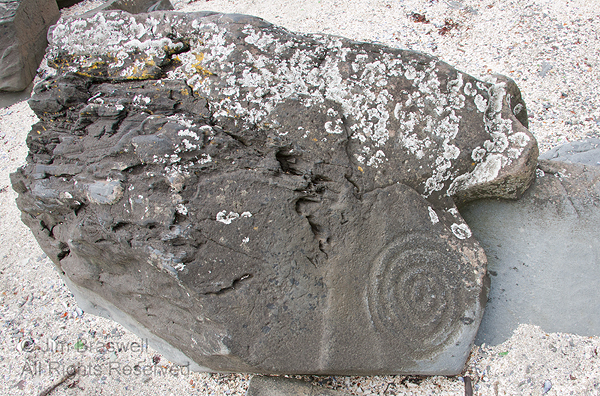 This next petroglyph appears to be of a whale, as you can see by the elongated and rather large body (humpback whales are rather common in this area): 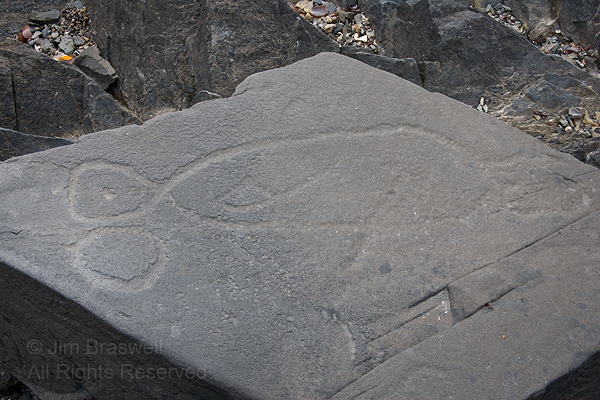 This post is not so much a “nature” post, but I also enjoy cultural things as I travel! On my upcoming return to Southeast Alaska, I’m looking forward to visiting some wonderful totem parks and even some of the places where totem carving is still being taught to younger native Alaskans.