Earlier in the year, I posted quite a few posts on the first part of my winter Baja trip … all of these posts were made during the Sea of Cortez portion of the trip. I’m now going to start posting on the inland part of the trip, starting with this “setup” post that launches some wonderful adventures we had in this area of Baja.

After we disembarked the boat we were on for the Sea of Cortez portion of the trip, we were met by a couple of vans and were transported to the small village of San Ignacio. For the next several days, we made the “Rice and Beans” motel our home base, taking daytime trips to nearby locations. The Rice and Beans is a combination motel-restaurant. At the edge of town, it is off the beaten path. One of neat things about this place was the large amount of very colorful flowers: 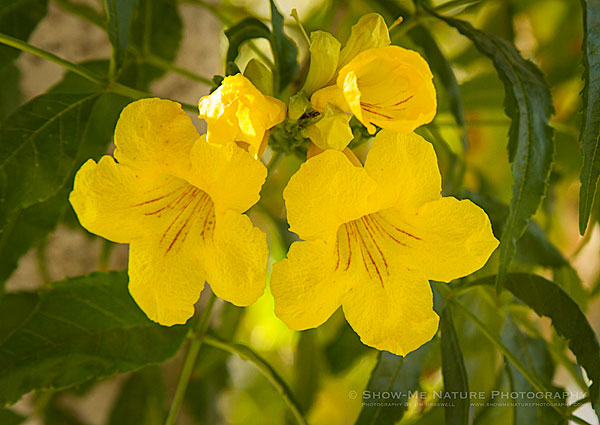 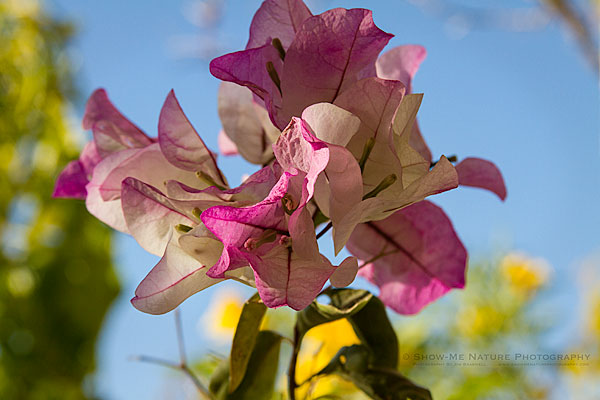 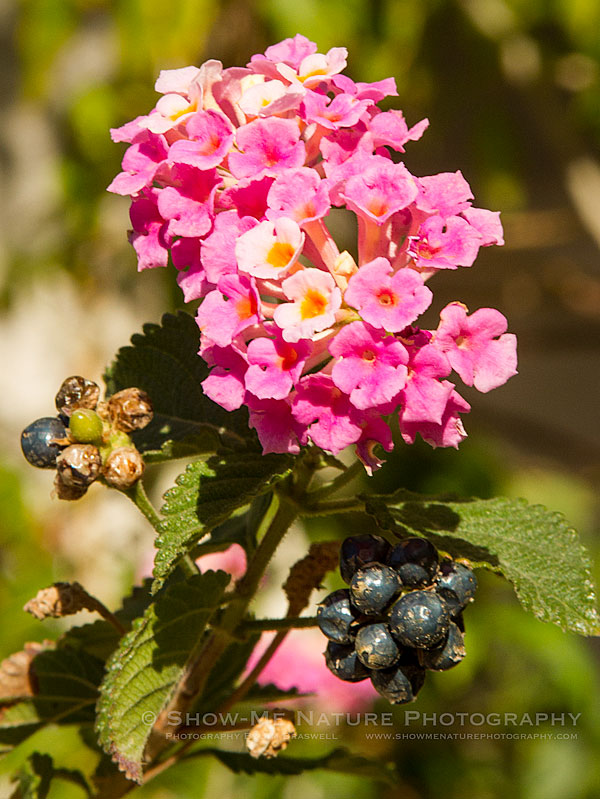 There were also quite a few birds that frequented the Rice and Beans, including this little hummingbird that was captured sitting in a tree that was right in front of the restaurant: 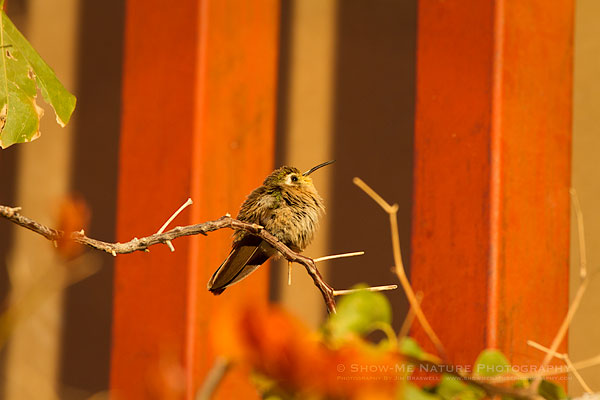 There was quite a bit of discussion among the group members, about whether this was an Anna’s or Costa’s Hummingbird. Either way, a cutie!

Coming up … a trip into the nearby San Francisco Mountains to see some ancient cave drawings … and a whole lot more!