Fun Friday: Ring Around the Collar, the Natural Way

My first day (yesterday) of photographing the migrating Sandhill Cranes (Grus canadensis) along the Platte River in Nebraska was a rather unusual day. First, the quantity of cranes seems to be well below the typical number of cranes at this time of the year (which is usually peak numbers). I met another visiting birder who told me that he was told the number was down because the cranes are about 2 weeks behind their normal schedule. This was caused by the recent cold spell that was felt in Texas, where a lot of the Sandhill Cranes winter. Apparently, many of the cranes had started migrating northward when the temperatures abruptly dropped, along with snow and ice, and they turned around and headed back to the Gulf! So, I’m hoping that more cranes fly in while I’m still here (plenty to photograph, but just not the huge numbers that makes the skies so awesome whenever they “blast off” at the same time, particularly in a sunrise or sunset!).

I managed to capture some pretty decent images of the cranes as they flew over the river, as well as flying into and foraging among the cut cornfields. But today’s “Fun Friday” blog is about another bird, one that I knew existed here, but had not seen/photographed on my previous trips to the Platte River. The male Ring-necked Pheasant (Phasianus colchicus) is a spectacularly-colored bird. On my drive around the Platte River roads, we came upon this individual male that was foraging in a cut cornfield: 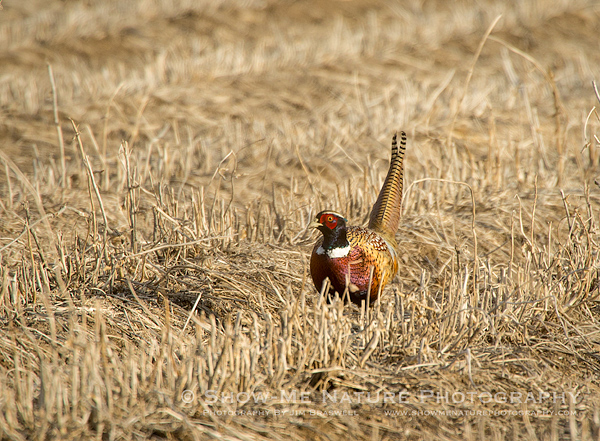 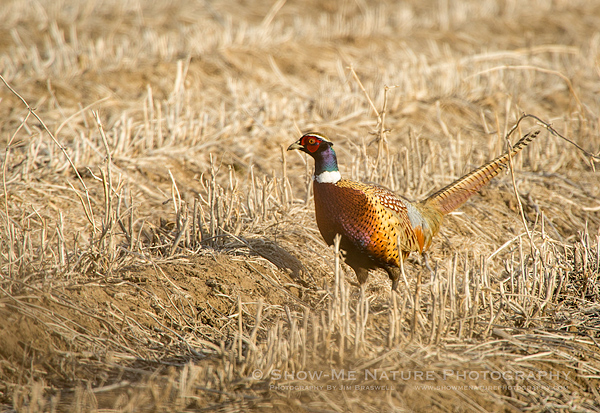 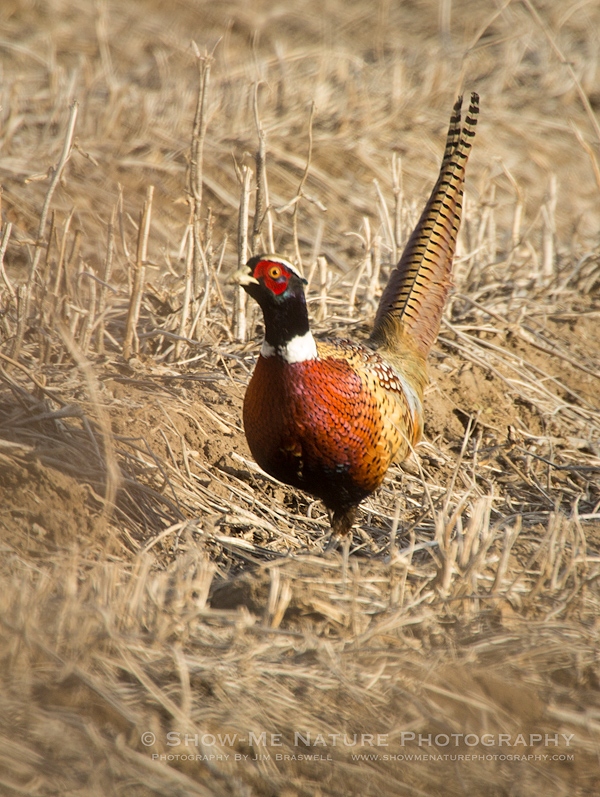 Using my vehicle as a “blind”, this colorful guy continued to walk towards the car … always keeping a wary eye on me! Shortly after this male “flew the coop”, another one ran across the road. But he was not photogenic … ran and hid in the tall grasses :o)