On Thursday, I posted on the behavior of the Bighorn Sheep rut. I featured some images of the bighorn rams chasing a ewe. I suspect the ewe was nearly “in season” for mating and the rams were trying to rush her into mating (if you missed that post, you can find it here: “Let the Games Begin!”). The action immediately after the images in that post was simply incredible and really portrayed the essence of what the rut is all about … the intense need to mate. Today’s post starts where that post ended. With the rams in hot pursuit, the ewe decided to run (literally) up the slope to try to lose the rams: 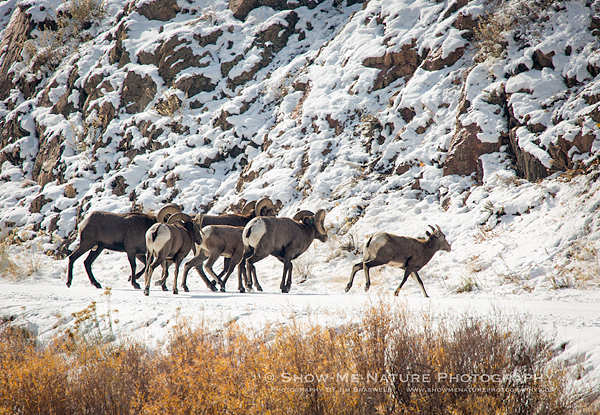 As she ran up the steep slope, she was followed by a string of rams, all with the intent of mating: 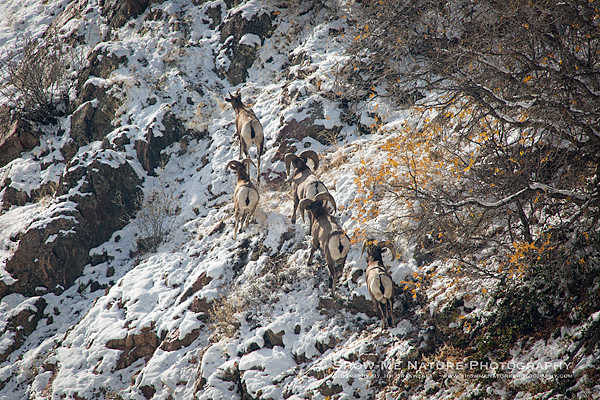 As the ewe turned and started running back down the slope, one of the juvenile rams attempted to mount and mate with her, a rather precarious situation: 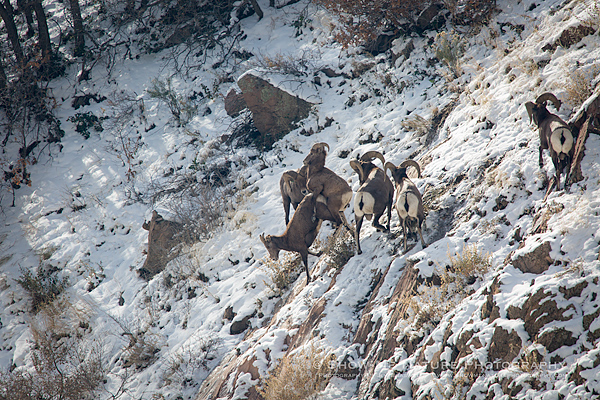 As she continued running down the slope, the ram was still attempting to mate: 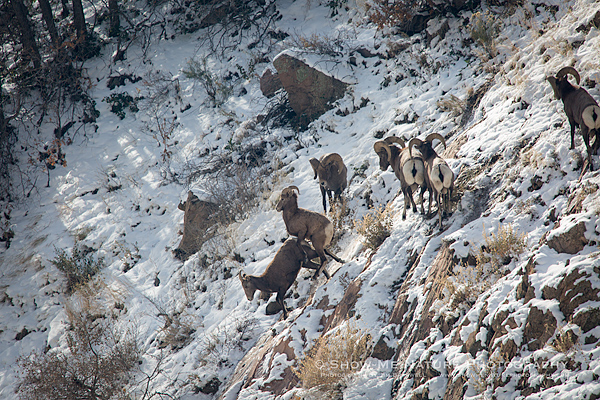 At about this time, we heard splashing in the Platte River, which was right behind us. Turning around, we saw yet another adult ram running across the river to join the other rams: 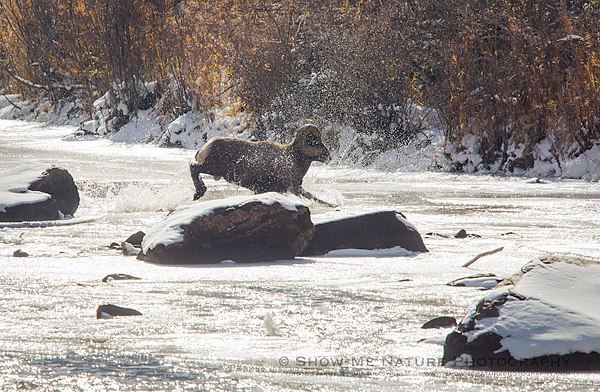 Meanwhile, the rams were continuing to chase the ewe back up the slopes. My next post will take up where this post ends … with even more interesting behaviors from the sheep!

I’m not a sheep expert by any means, but I believe the ewe featured in these posts was very close to being “in season” (i.e., ready to mate), but not quite there. I believe this is why the group of rams were following her so closely, and trying to mate. But her refusals tend to indicate she was not quite ready. The rams have a unique sense of smell and, with the aid of a special sensory organ in their mouth, can help “smell” when the female is ready for mating. This is usually seen as “lip curling”, in which the ram curls his upper lip in order to “smell” better (I’ll feature this behavior in an upcoming post).

Stay tuned for the next post, which will feature the continuing story of this ewe and the group of rams chasing her.