Friday evening, I took my telescope and camera equipment to a nearby farm field. My goal was to photograph Mars as it was in opposition (directly across from the sun and very bright). The forecast was not too bad … partly cloudy until about midnight, then clouds moving in. No problem, I would have a couple of good hours before clouds set in … NOT!

As the moon rose above the horizon, I grabbed some images of the nice, full moon. As time progressed, clouds began to pour in. As Mars rose high enough to see, I was able to see it a couple of times … it was very bright red. Unfortunately, the visible times were very short and insufficient to lock the focus on the telescope on it. So, no Mars images. But here are some interesting full moon images I did capture: 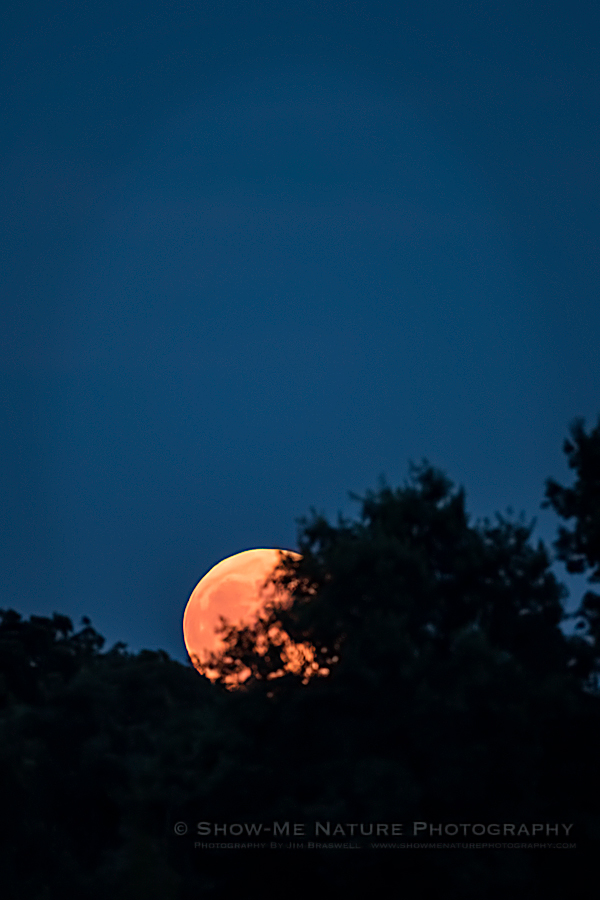 This next image was captured through the telescope, on low power: 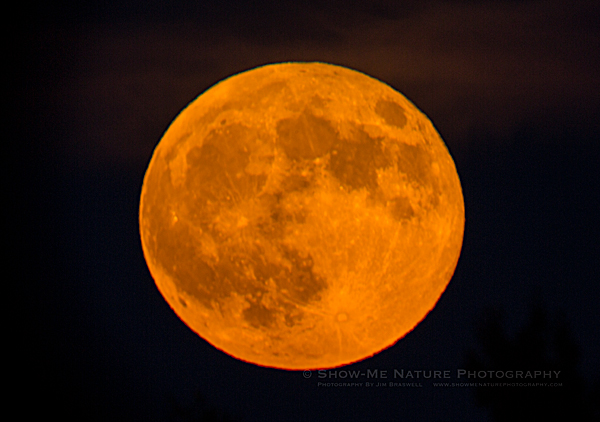 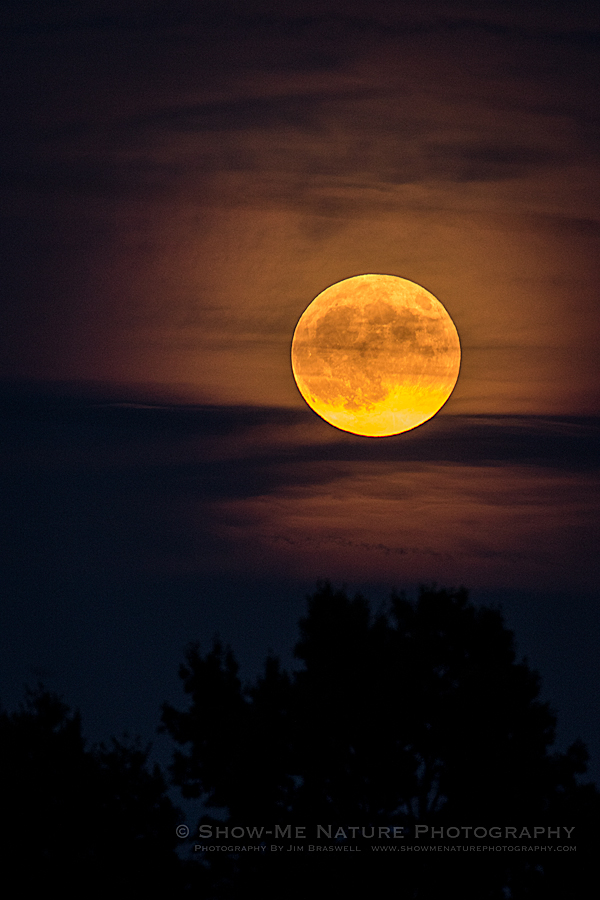 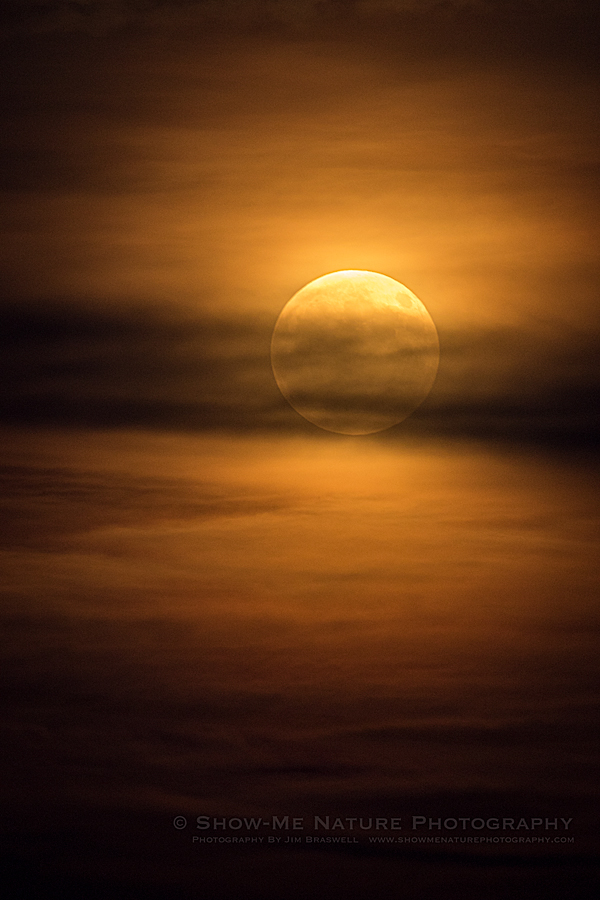 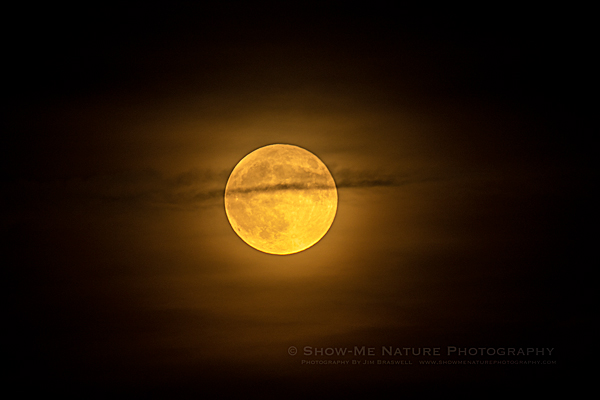