As I mentioned in yesterday’s post of the Snowy Owl, I had a wonderful evening Sunday with the Short-Eared Owls (Asio flammeus) at Shawnee Trail Conservation Area, in southwest, Missouri.

The number of owls were down from my last visit there, in early January. I suspect that some of the owls may have moved, based on our extremely warm January temperatures. The remaining 5-6 owls, however, were more than happy to put on quite a show for me! Today’s post will include a couple of highlights from Sunday evening.

This first image was made as a Northern Harrier (Circus cyaneus), still active as the sun was falling below the horizon, was chasing a Short-Eared Owl around the prairie … quite a scene to watch! 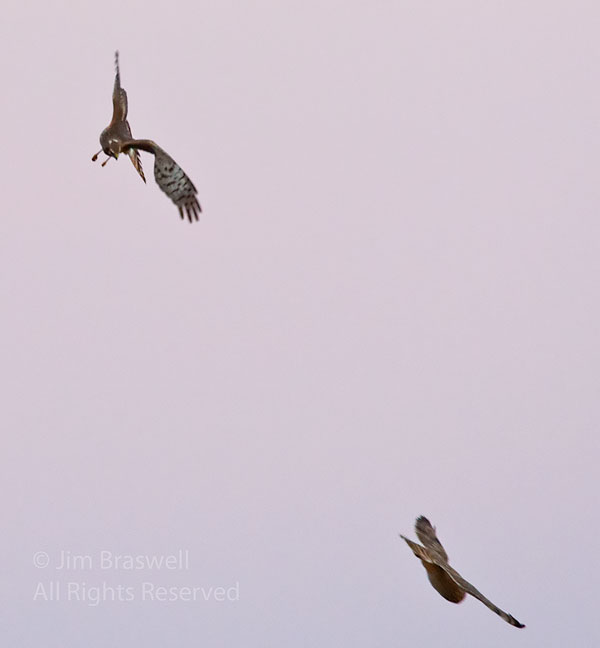 Unfortunately, the sky was beginning to get too dark (note the purplish tint that the sunset colors were beginning to radiate throughout the sky) and these beauties were too quick to keep within the frame and in focus in the low light conditions, so only this one image was made with both birds in the frame.

This has been my initial winter to experience the Short-Eared Owls and I have learned a lot in my 3 trips to the southern prairies to photograph them. For example, are you familiar with the owls’ cute “bark” they make as they hunt around the prairie? They sound like little chihuahuas flying around with a high-pitched whiney bark! As I was photographing one owl hunting low over the prairie, I did not see another one heading straight at me, from my backside. As it got within ~30 feet from me, it let out a blood-curdling bark that scared the bajeepers out of me! When I looked overhead, he was flying by me: 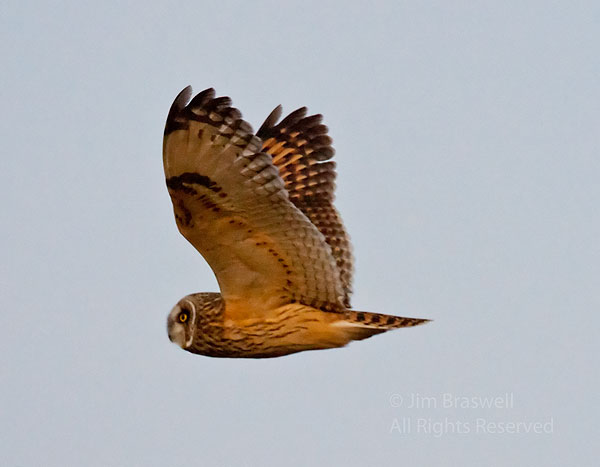 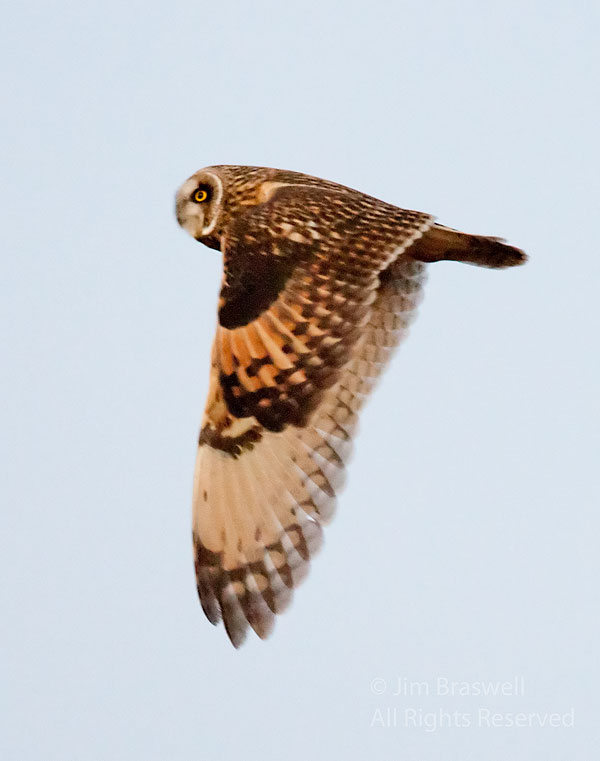 The show Sunday was phenomenal! Although there were only a few owls, all were very active and their “barking” was nonstop from shortly before they began their hunt until they began landing in the prairie for the night … with some continuing to bark well after darkness set in. And as good as this was, I have just received some more information about another Missouri location where the Short-Eared Owls are currently very active, with some even starting the hunt well before sunset. I’m meeting my contact this morning to get more info. Hmmm, another short road trip? Maybe! 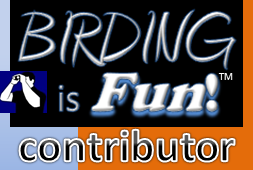