Here’s a 2011 post I made after a kayak trip at a nearby conservation area.

Last week while I was kayaking and watching for warblers, I happened to look up a nearby dead tree and saw this furry little ball, with only 2 little ears showing, soundly sleeping in the fork of the tree: 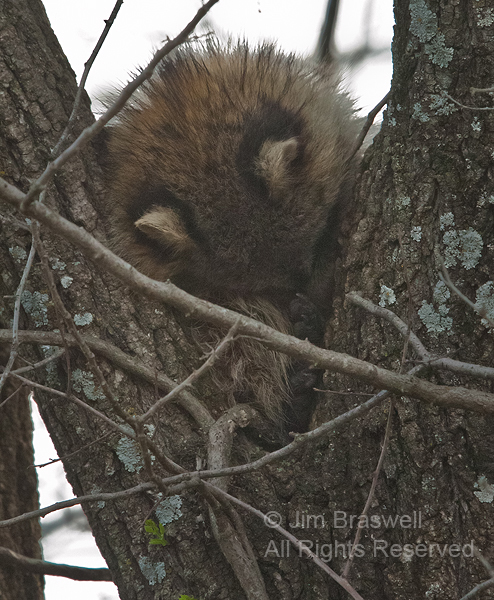 I was pretty sure I knew what it was, but paddled a bit closer to get into a better position to check it out. As the kayak pulled up below this mystery creature, I began snapping some images. Hearing the noise of my shutter, this cute little guy lifted his head to identify himself to me: 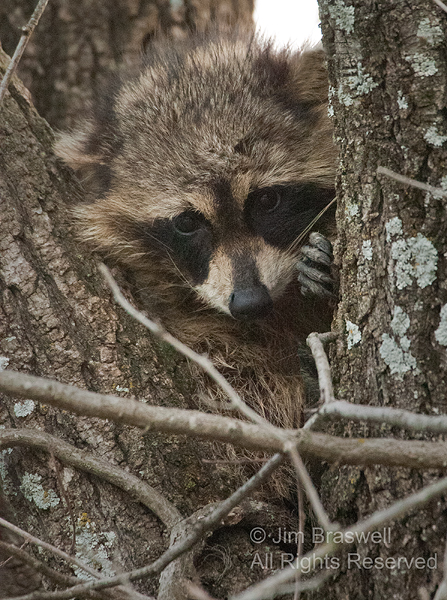 From all appearances, this young Raccoon (Procyon lotor) was not alarmed or afraid … but maybe a bit annoyed that he was awakened from his sleep! After a few images were made, he lowered his head and fell back to sleep. So I paddled the kayak away from the tree and let the little guy get his beauty sleep. I’ve been seeing a few raccoons at the water’s edge during my kayak trips, but am anxiously awaiting the arrival of the moms with little ones following after her. As she attempts to teach them the art of foraging at the water’s edge, it seems there’s always a couple that are more intent on playing … such fun to watch!