On Day 3 of my 2008 Orca trip, we visited a very interesting place, the Johnstone Strait Killer Whale Interpretive Center, located in Telegraph Cove, BC. There were lots of interesting and education displays inside the museum, including several skeletons of Orcas and other marine mammals. As you enter Telegraph Cove, this is the beautiful sight: 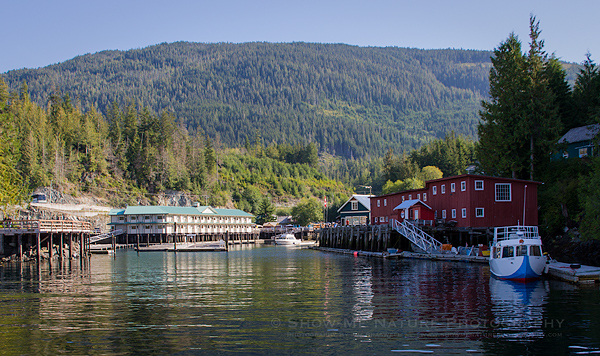 After disembarking Delphinus, we climbed some stairs and made our way to the museum, appropriately nicknamed “The Bones Project”: 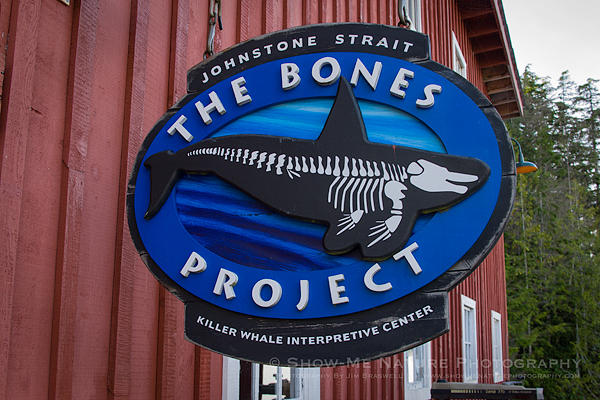 Once inside, the first thing that caught my eye was the adult Orca skeleton that hung from overhead: 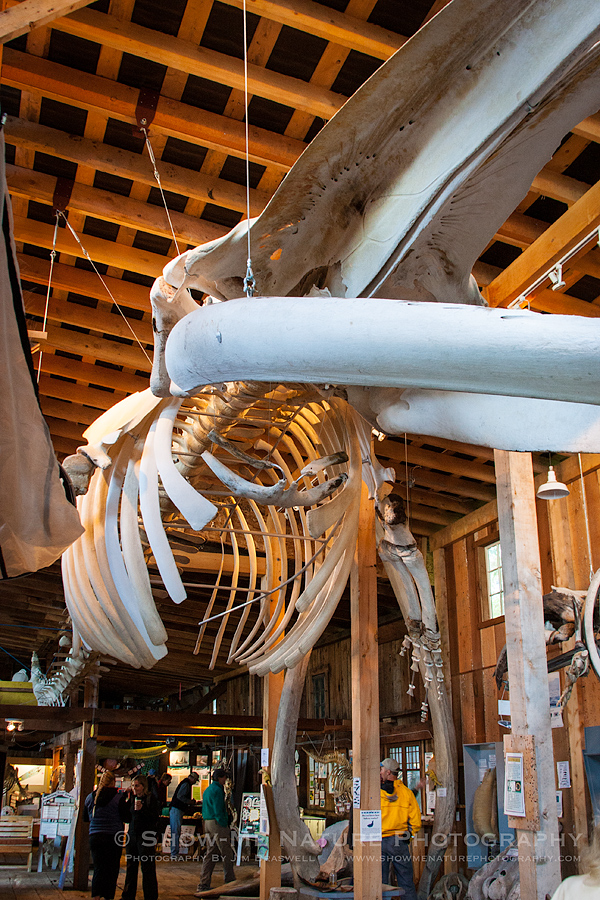 Compared to the visitors, this skeleton looked gigantic! In reality, it wasn’t quite as large as this image suggests, but it was still very, very large!

Another hanging skeleton was that of “Stubby”, a local Orca that was found dead at 5 years old: 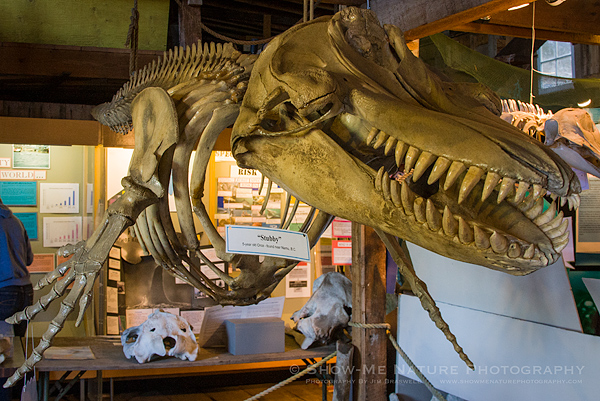 Kinda resembles a dinosaur, doesn’t it?!

I’ll feature some other exhibits in another post. and when we walked out the door, we could tell the locals take their Orcas seriously! 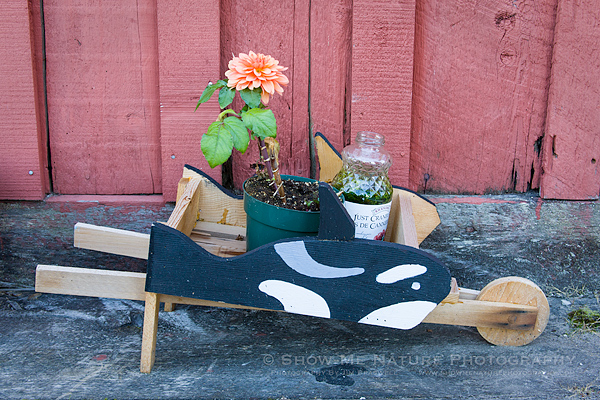