The green, mist-like sky is called “Green Airglow” (there also appears to be a small amount of red airglow). This airglow phenomenon was identified in 1868 by Swedish physicist Anders Angstrom, and scientists say is caused by photochemical reactions occurring at different levels of the atmosphere. Most of the effect comes from oxygen in the air. Green light is the brightest airglow. It comes from excited oxygen atoms located between 56 to 62 miles high. Red airglow comes from atomic oxygen (O) excitation at 93 to 190 miles.

Here is one of the many images I captured that exhibit the airglow: 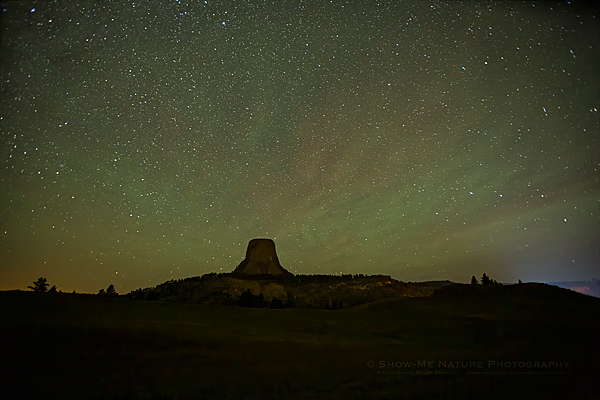