Traveling With A Purpose … I mean Porpoise

Not long after leaving Kake, we were joined by a group of about a dozen Dall’s Porpoises (Phocoenoides dalli). It seems like these guys always seem to find us when we’re motoring around the Inside Passage, and they’re always a lot of fun to be with! We happened to see them converging on the Delphinus, when they were still a ways from the boat. As they caught up to us, they began their trademarked “bow-riding”, darting back and forth, just in front of the Delphinus‘ bow. Naturally, when they appeared, we all ran to the front of the boat to watch and photograph their play. Here are a few images from that encounter: 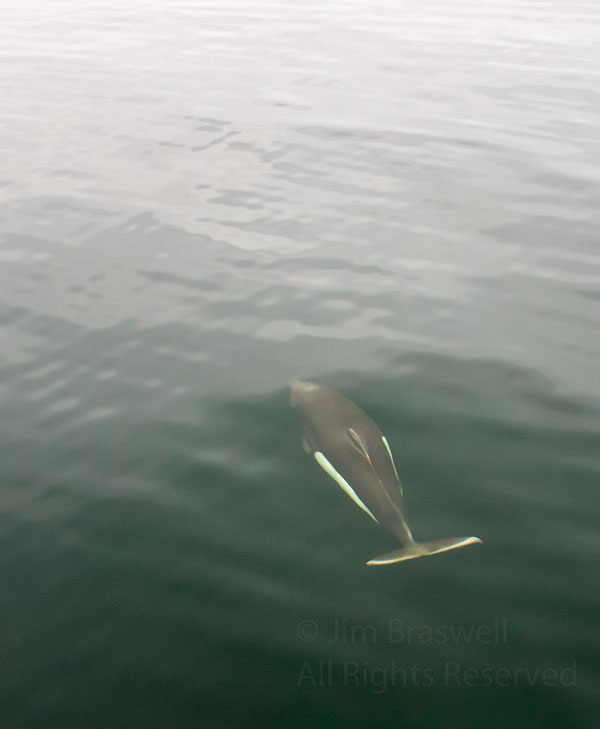 John, our deckhand and naturalist onboard, moved out on the boat’s bowsprit as 4 Dall’s Porpoises swam across the bow: 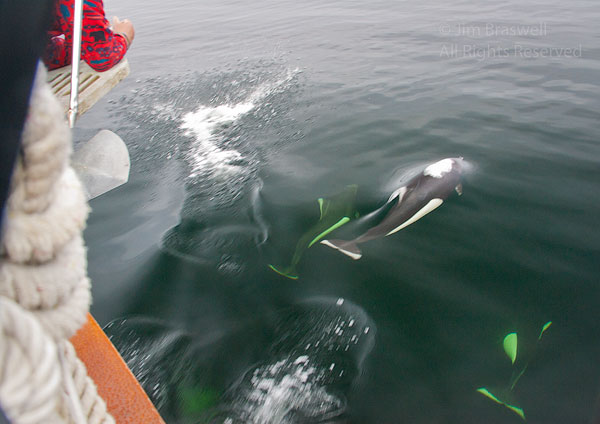 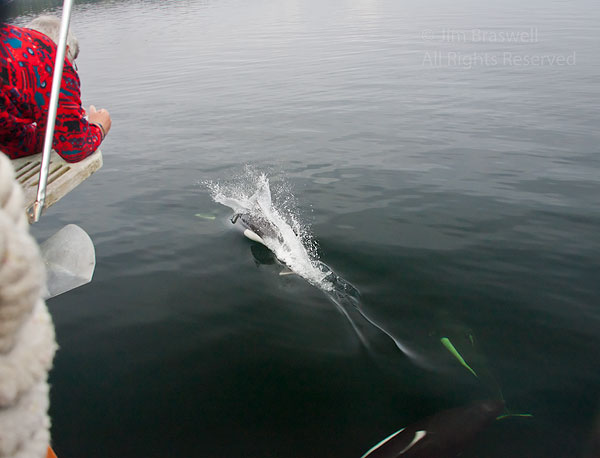 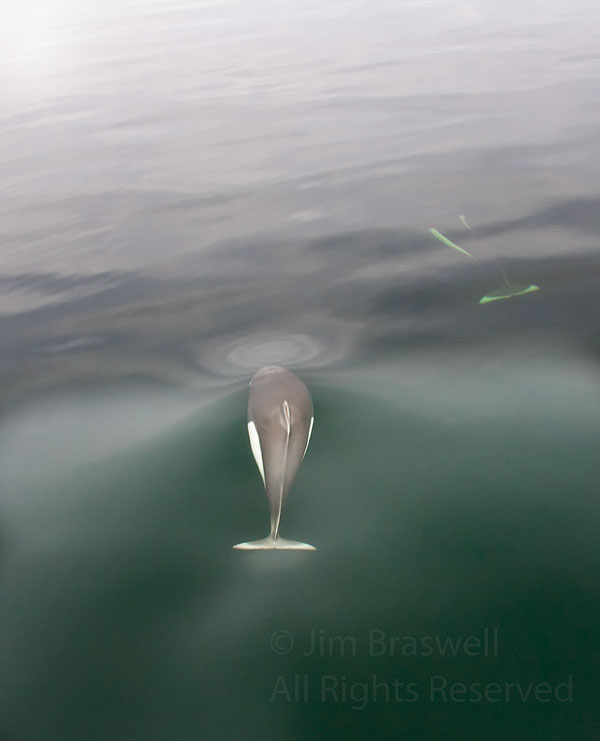 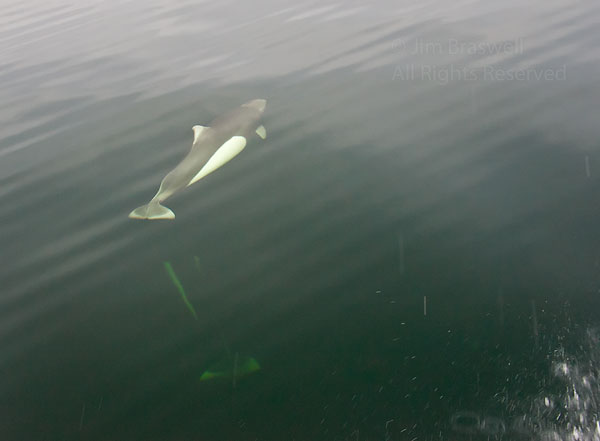 As one Dall’s Porpoise slides across the bow underwater, another one surfaces at the tip of the boat’s bow: 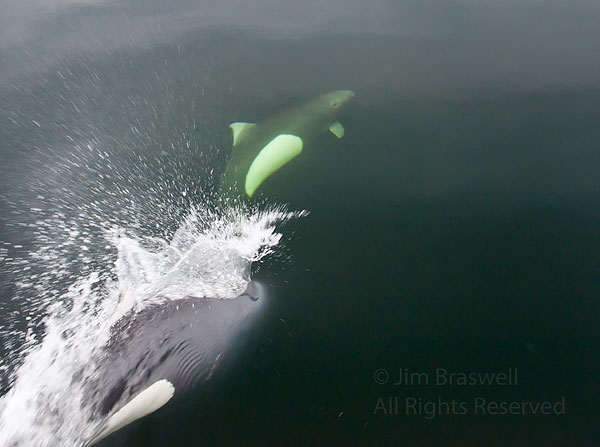 This uniquely marked, black and white porpoise was named after the American naturalist W. H. Dall, who collected the first specimen of the type, which is now on display in the U. S. National Museum. It may be the fastest swimmer of all the small cetaceans and has been reported to reach speeds of 30 knots. It delights in bow riding with fast-moving vessels. As the porpoise dashes in at high speed, its head and back produce a bow wave called a “rooster tail”, which creates a hollow cone allowing the animal to breathe while still under the surface of the water.

Dall’s Porpoises, as well as Dolphins, are always such a joy to experience as they move back and forth across the bow of a boat. This group rode our bow for a couple of quick minutes, then off they swam, just as quickly as when they approached Delphinus … always with such porpoise … er, I mean purpose. Stay tuned for our next Alaska adventure we encountered on this trip!