As evening approached, I drove into the park and to the North/South Windows area. I set up my tripod/camera near Turret Arch, to capture this unique window at night (actually, there is one large window and a small window just to the left of the main window), hoping to capture stars above the arch and visible through the arch opening. As darkness neared, the stars began to appear, but we were also happy to see the stars of the Milky Way as it first started over the two Windows, then headed eastward, towards the Turret Arch!

Here are some of my favorite images at Turret Arch. In this first image, the Milky Way was nearly straight overhead: 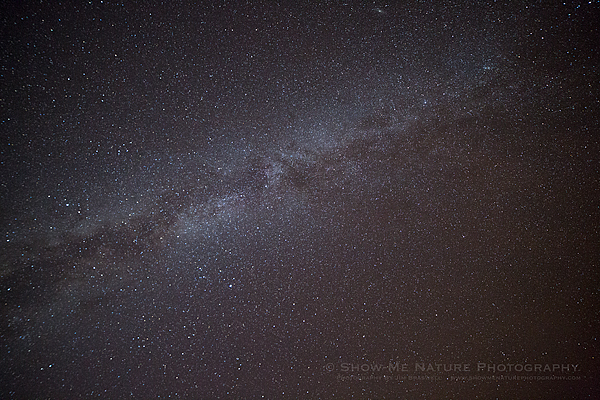 After a period of time, the Milky Way began moving across Turret Arch: 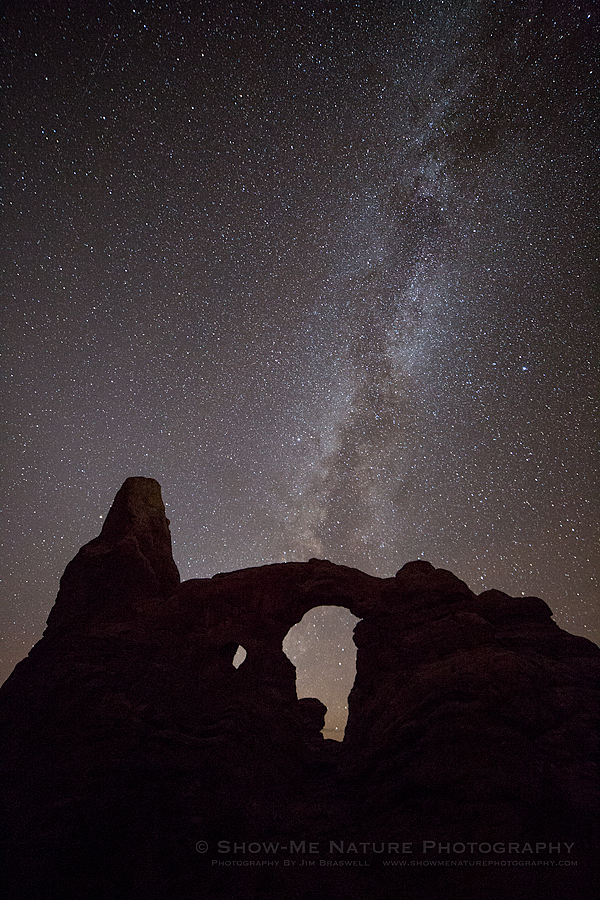 With luck on my side again, I managed to capture a low, but bright Leonid meteor: 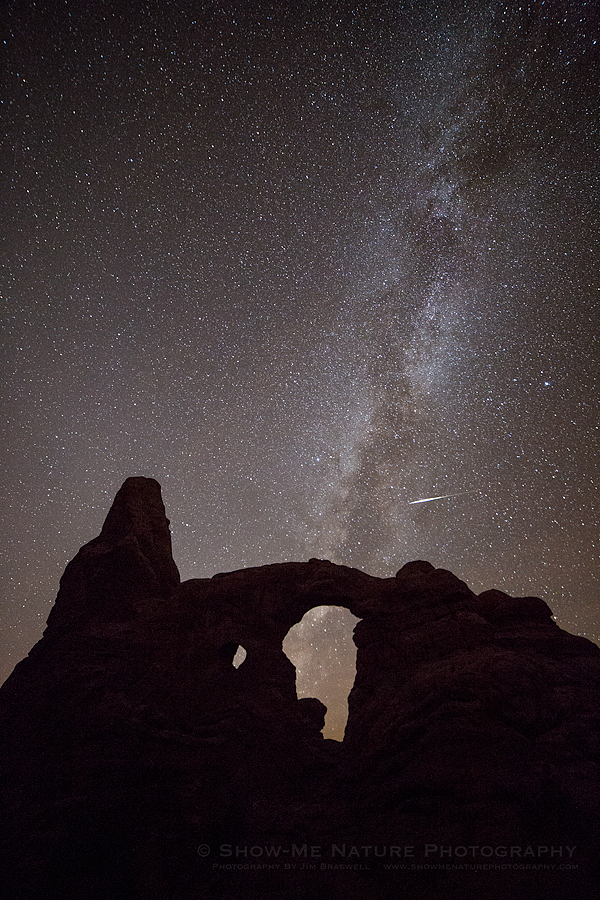 I really loved how the Milky Way was beginning to travel through Turret Arch’s large arch opening: 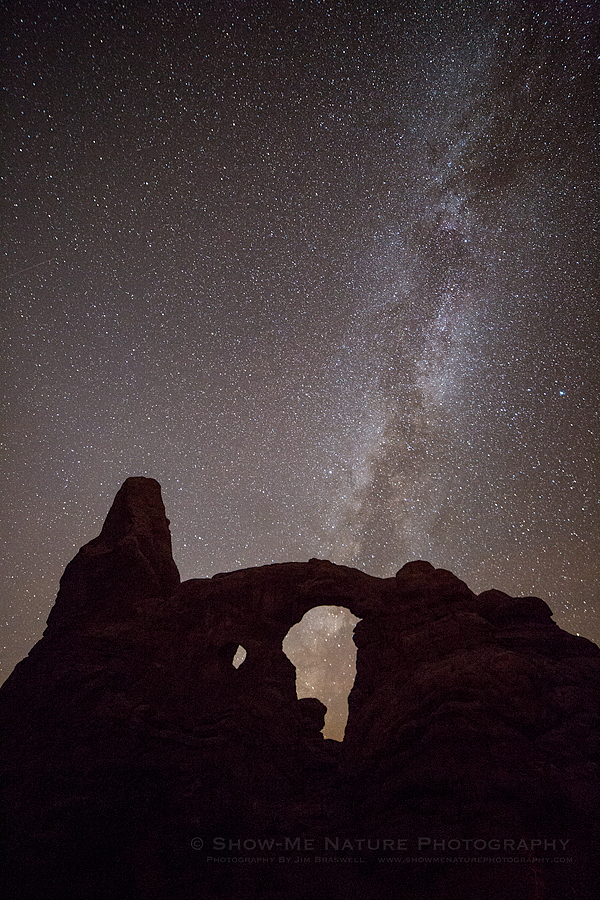 With several photographers busy capturing the night sky, everyone decided to shoot some light-painted images of Turret Arch. While the painting was going on, I decided to capture a series of short images, to blend together in Photoshop for a star trail image. I really wasn’t that pleased with the result; the next day, when processing the images, I wished I had taken images a bit longer for the star trails to be more “full” (but with light painting going on, the foreground would have been totally burned out). Additionally, the time between exposures were varied (due to the time required to review each preceding image and decide how to vary the painting of light) helped create a “Braille” effect, giving the star trails a “dotty” appearance. Too bad … I think this image would have been quite nice had it been better organized. Here is the result of blending 5 images: 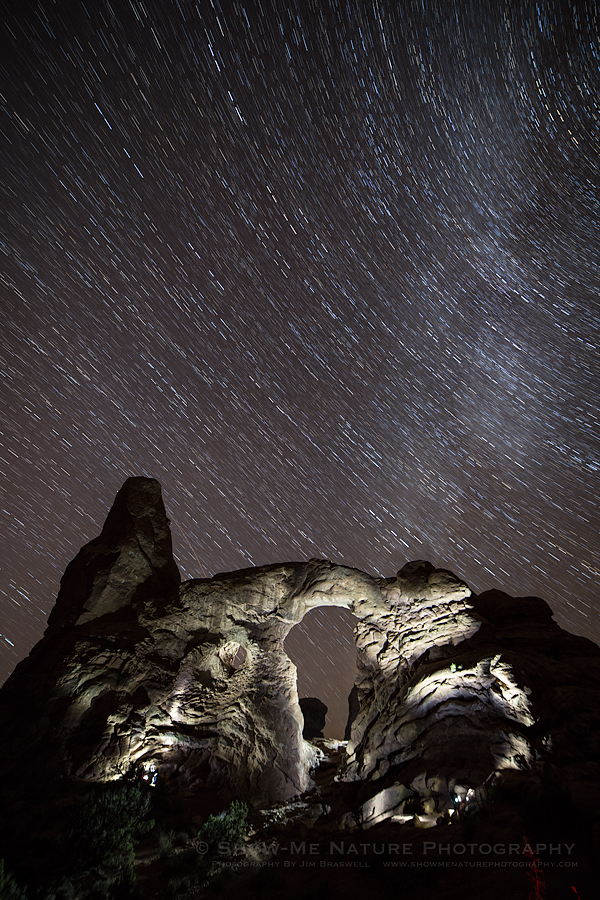 In the next post, I’ll feature a star trail at the North Window (which looks much more like I prefer to capture star trails).