That’s one of my first thoughts whenever I gaze into the winter heavens and see the famed hunter/warrior Orion. I went out to Snowball Hill Prairie earlier this week to shoot some skyline images of Harrisonville (county seat of the Cass County) with the Christmas lights. Although some clouds and the extreme lights from some of the businesses/streets in Harrisonville caused havoc in trying to capture some reasonable images, I had much more luck finding and photographing some star constellations over the prairie.

One of the most pronounced constellations I saw was of the great hunter Orion, famous in Greek mythology. Looking up, this is the image I saw … can you find Orion in this image? 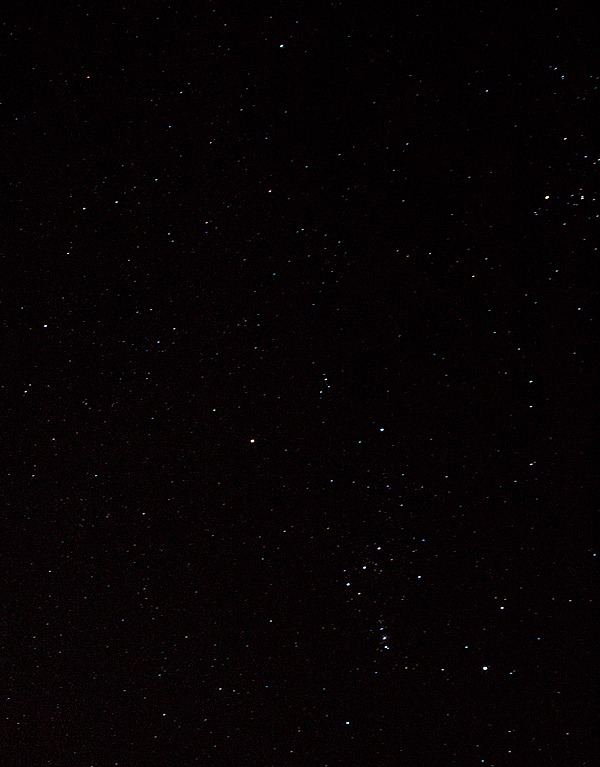 To an untrained eye, or someone new into astronomy, it can be difficult to find such constellations. The key for me finding Orion is to find Orion’s belt, the 3 stars in a line, at a diagonal, about 1/3 the way up from the bottom of this image. After image editing, I drew in the lines of the outline of Orion via Photoshop (note: I am pretty new at constellations, so I may not be totally accurate on the stars, but should be very close). Here is the edited image with the lines drawn in and the major stars identified and tagged: 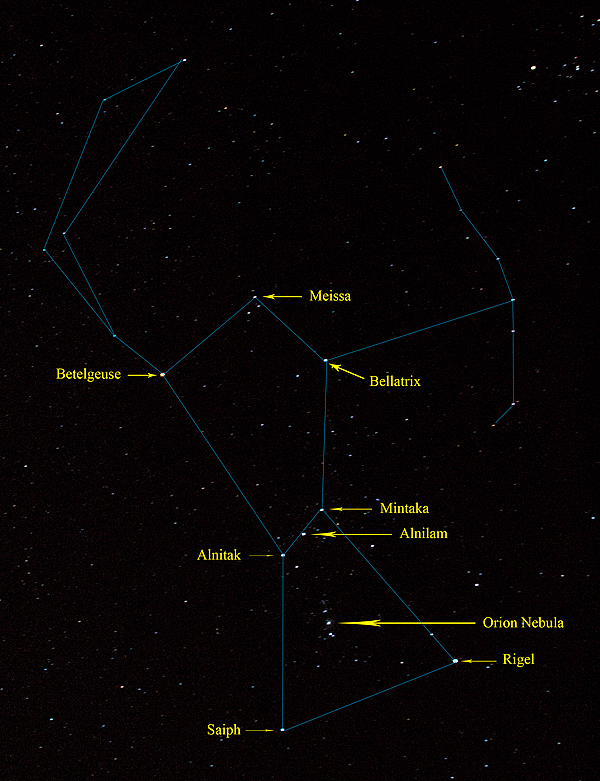 In this constellation, Betelgeuse and Bellatrix represent Orion’s shoulders, with Meissa being his head. Saiph and Rigel are Orion’s knees. Stars Alnitak, Alnilam and Mintaka are Orion’s belt.  the 3 “stars” below the belt (including the Orion Nebula) represent the great hunter’s sword that hangs at his side.