Wish I Could Have a ‘Do Over’!

While editing older images over the past few days, I ran across a memory that will never elude me … a bear fight involving 4 bears! While visiting Hallo Bay (Alaska) in 2004, to photograph the coastal brown bears (grizzlies) of Alaska’s Katmai National Park, there was a sow with her 2 cubs (the cubs were on their third year with mom, quite unusual) were busy fishing at the edge of Clint’s Creek. A second, younger sow slowly approached the creek with her 2 spring cubs in tow. She set the 2 cubs down on the bank and she waded into the creek to fish. But after only a couple of minutes, she wandered towards the older sow and tried to run her out of the creek. But the older sow would not have it and stood her ground, which abruptly started a physical fight in the creek. And that action brought the older mom’s “cubs” into the creek to help mom, creating a 3-on-1 situation right in front of us! 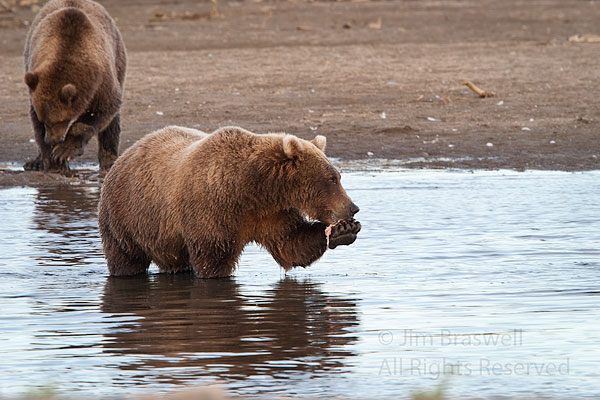 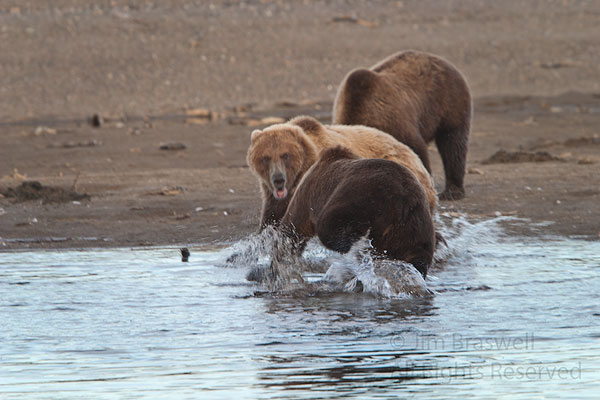 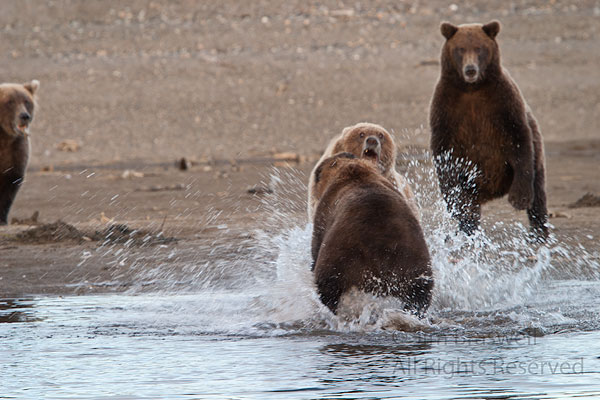 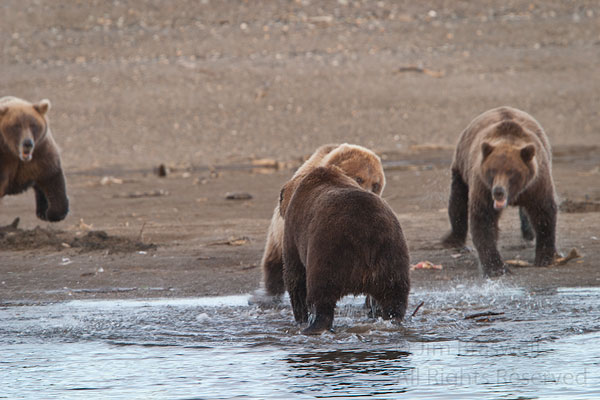 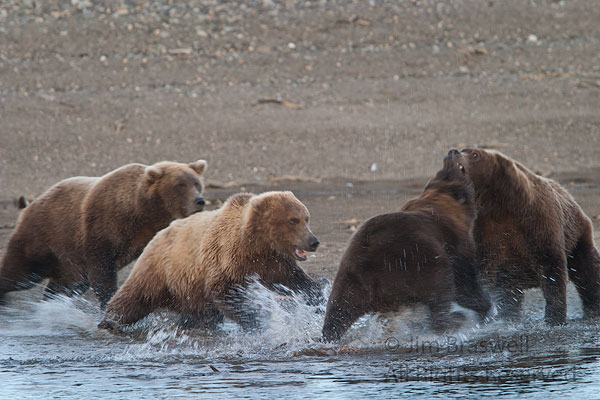 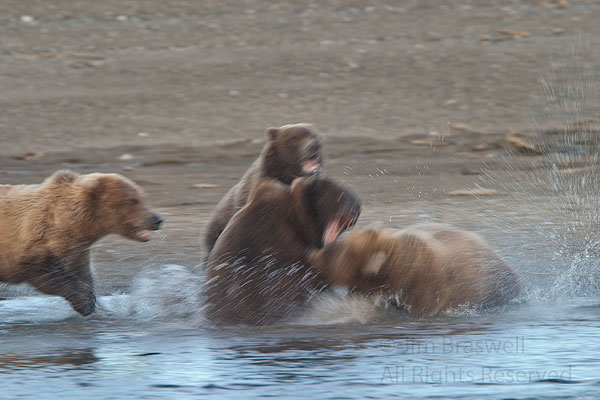 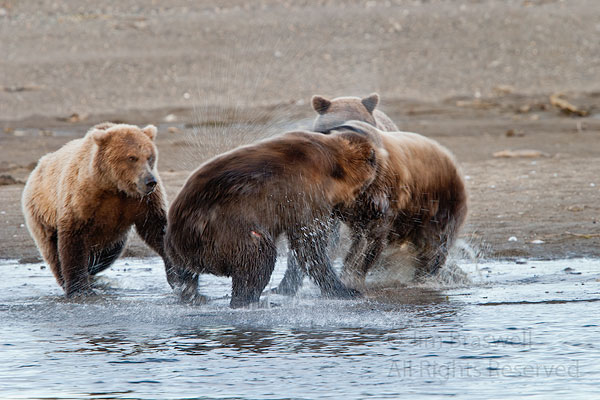 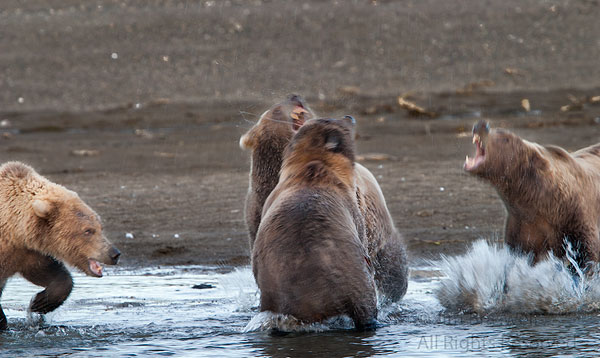 Meanwhile on the bank, the second sow’s two cubs are watching mom as she battles the 3 bears: 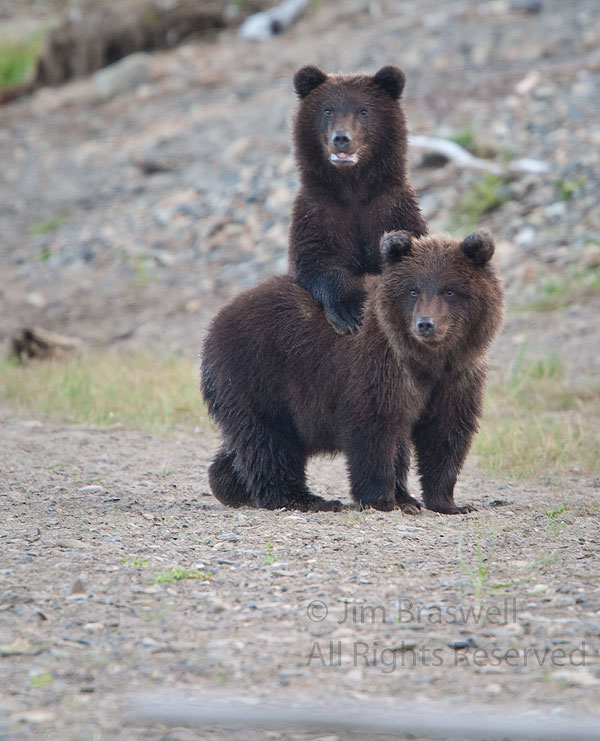 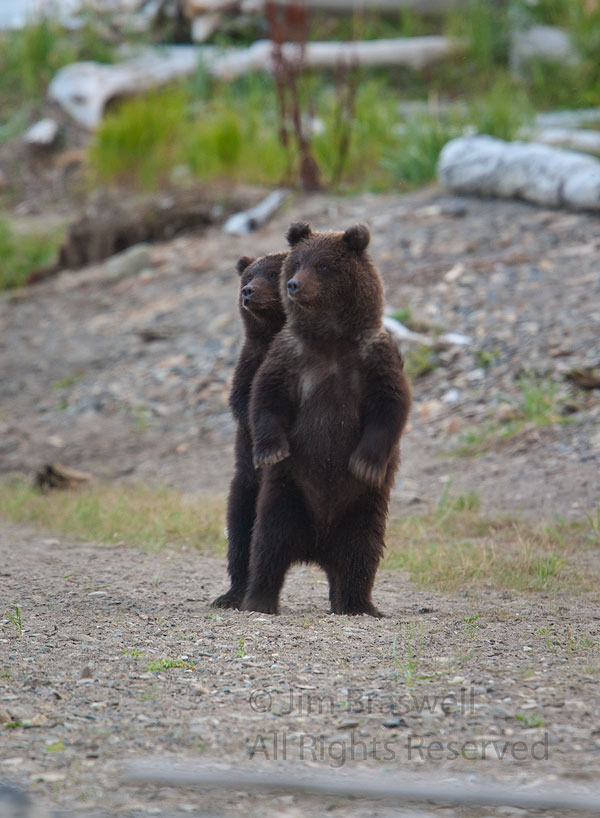 As it turned out, no one was seriously injured, although the two little cubs’ mom had a rather nasty-looking gash on her hind quarter. It certainly could have been worse, so we were quite relieved to see her limp off with the two young bears. As for the “do over”, this was my first outing with my first digital camera and Murphy’s Laws certainly were overlooking my attempts to capture the action! Foremost, my shutter speeds were much too slow (see shooting info, below) causing too much blur for my liking. We often think of bears as slow, lumbering creatures, but let me tell you that this experience certainly opened my eyes! Also, at that point in my photography experience, I was shooting jpeg images, literally not aware of RAW files and the advantages of them over jpegs. Just wish I had a “Do Over”!  :o)

With these shooting parameters, I actually got pretty decent images … but I really do want a “Do Over”!!!