I’ve been waiting for some definitive proof, but not quite there yet. However, there are plenty of signs telling me that the Barn Owl pair that I have been monitoring may be in the process of nesting at this time. When I went to the barn a couple of weeks ago to change out the batteries and memory card in my trail cam that is monitoring the nest box, things were looking pretty good. As I rolled the barn door open, an owl flew out of the nest and flew to a loft perch above me. Watching my moves, the owl spread his/her wings and held them at a downward angle, while hissing; this behavior was new to my encounters with the owls, which I’ve been monitoring over the past couple of years. Then, the owl immediately flew up to the top of the barn and exited the barn. I never saw the owl again during my camera maintenance on that morning.

Yesterday morning, I decided I needed to return to the barn and check the batteries, change out the card, and see if any other activity has been occurring. When I arrived, one of the owner’s sons met me and said he had been seeing a lot of owl activity in the barn. As I excitedly rolled the barn door open and entered, an owl flew out of the nest and up to the loft perch. This time, the owl screeched loudly for about ten seconds, then exited the barn, still screeching. I pulled the camera from the post I have it mounted to and began changing out the batteries. As I began this process, the owl re-entered the barn and screeched some more at me, then left again. I quickly changed the batteries and card, put it back on the post and left the barn. As I left, the owl was returning to the barn again, for the third time! With this behavior, I’m betting there are either eggs or little owlets in the nest box. I can’t wait to get over to the barn again to see what is going on!

While I was outside, I managed to capture a few images of the adult owl as it flew around the outside of the barn. Here are my favorites: 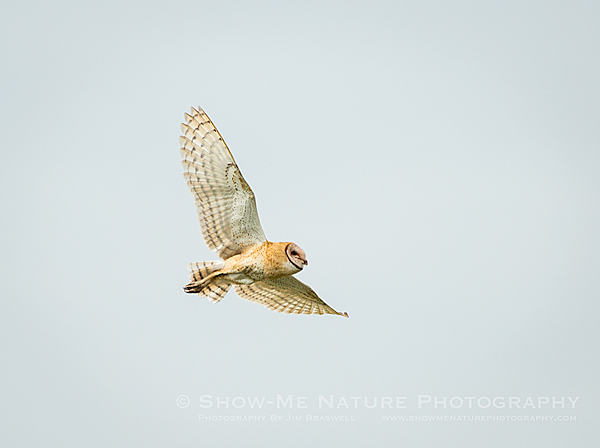 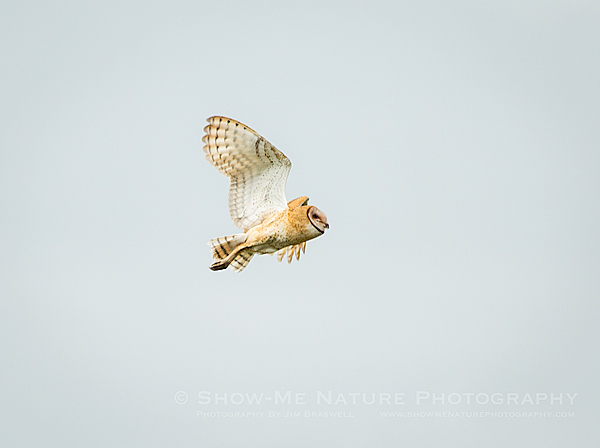 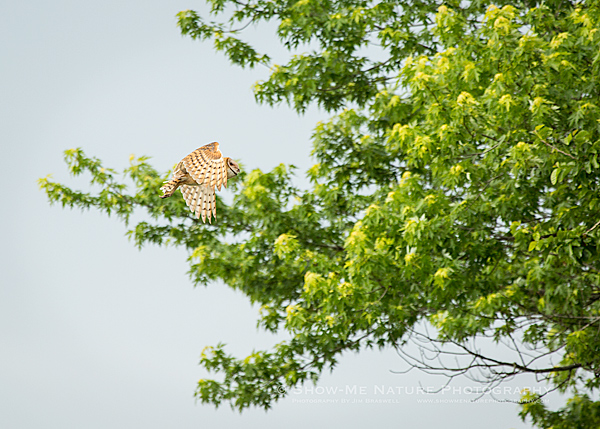 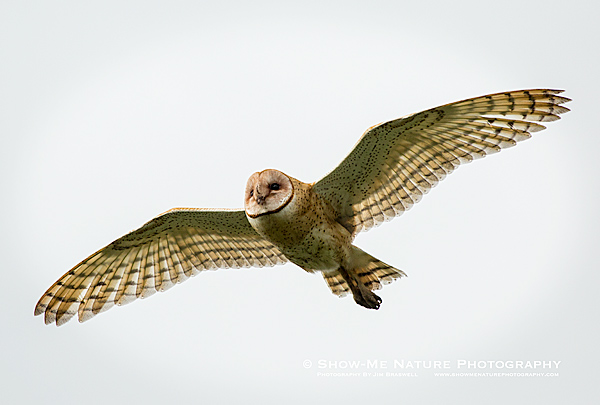 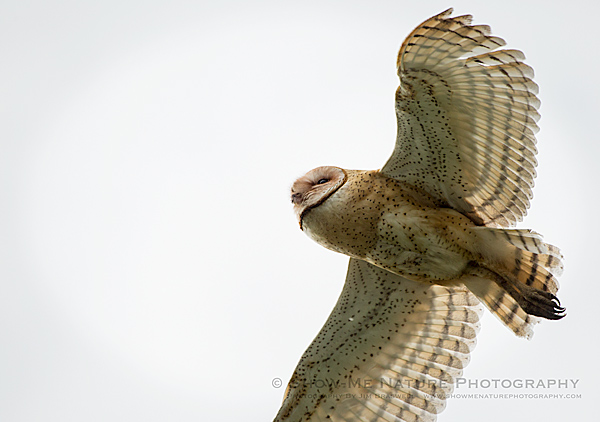 These adult owls enter and exit the barn through the narrow openings at the top of the barn: 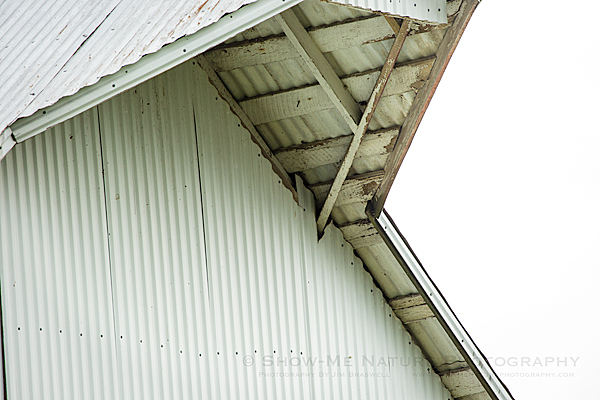 Until recently, the Barn Owl was considered endangered in Missouri, largely due to loss of barns for nesting. But the owls have been making a comeback, nesting in deer tree stands and even in some nest boxes in trees! Still not a large number of barn owls, but at least they’re making a comeback! Consequently, the Missouri Department of Conservation is now advocating building/installing nest boxes at the edge of woodlines. Guess I will have to build another nest box and place it near my woods! :o)