A Big, Gold Star in My Book!

During my short stay in the Badlands NP last week, I once again found some very interesting wildflowers growing. On our previous trip to the park, my wife and I had seen these wildflowers, but hadn’t determined what they were. During last week’s trip, I had some free time (since the evening sky was totally clouded up one evening, making meteor photography impossible) and did some online research. I found that these beauties are Evening Starflowers (Mentzelia decapetala). My research found that the Evening Starflower is a hardy 2 ft. annual or biennial from summer until frost. Flowers open in the afternoon and make the moonlit night a further wonder. Here are some of the many images I captured of this wildflower: 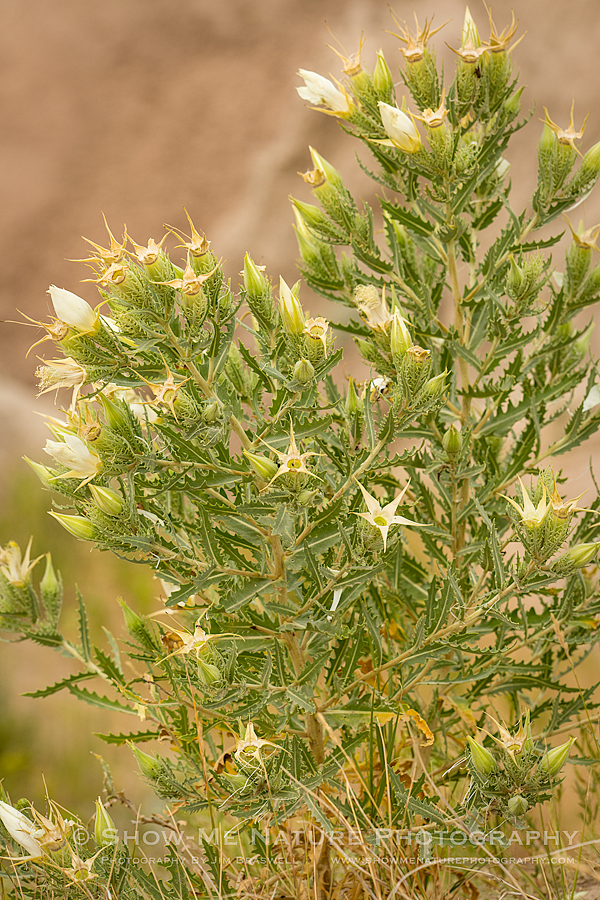 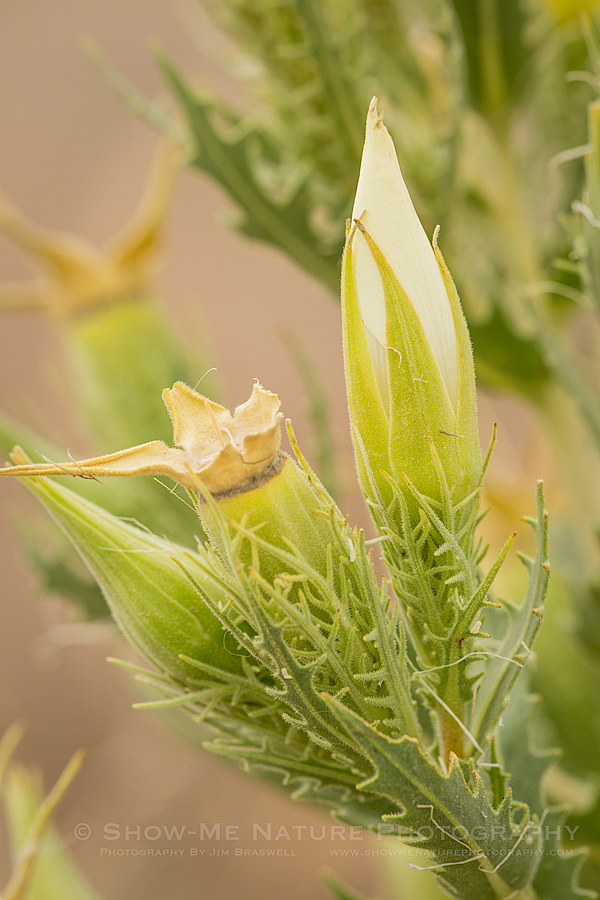 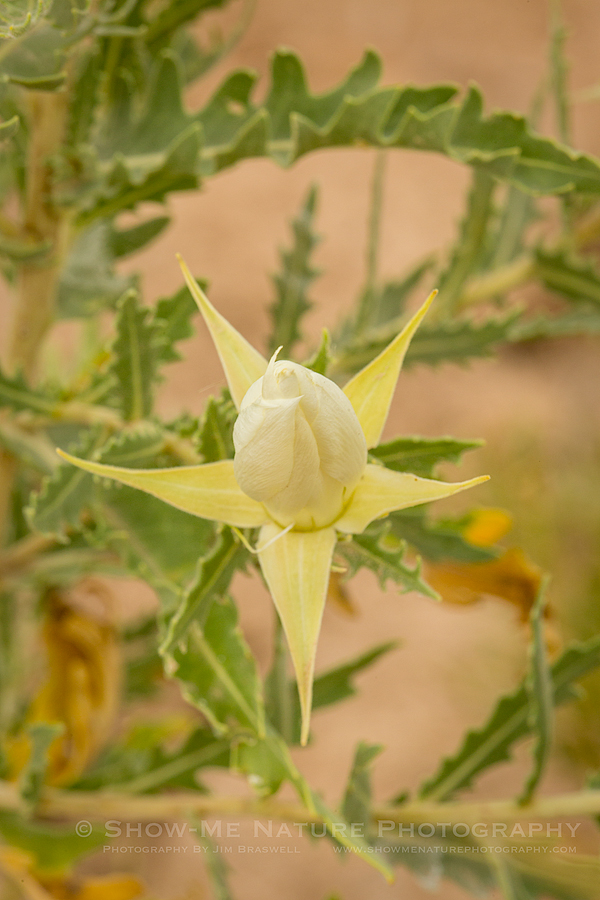 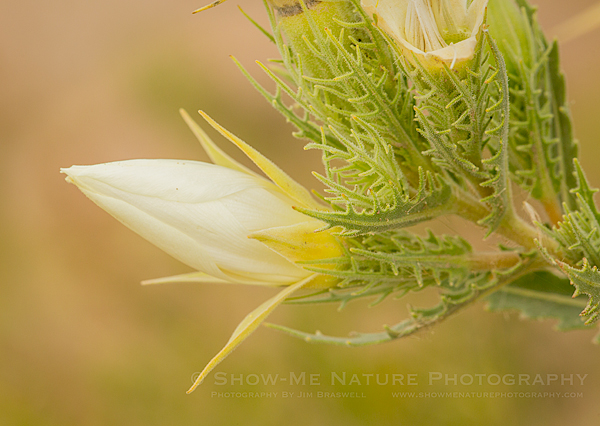 All of the above images were captured during the afternoon, while checking out the park. When I started settling down to set up my gear for meteor photography, I captured the following images in early evening. Notice that this wildflower tends to grow along the slopes of the rocks/hills in the park: 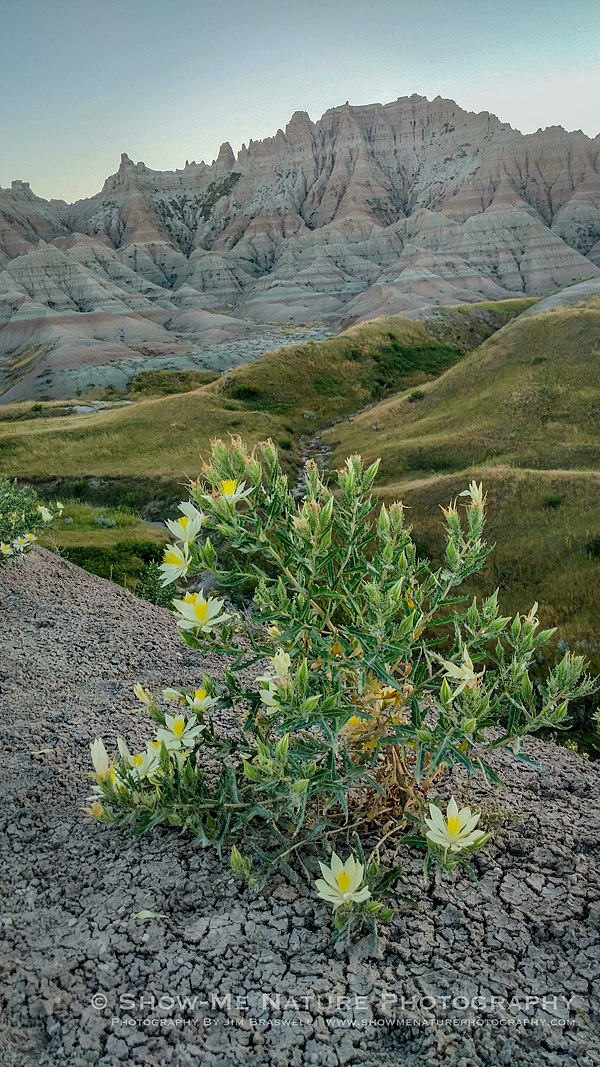 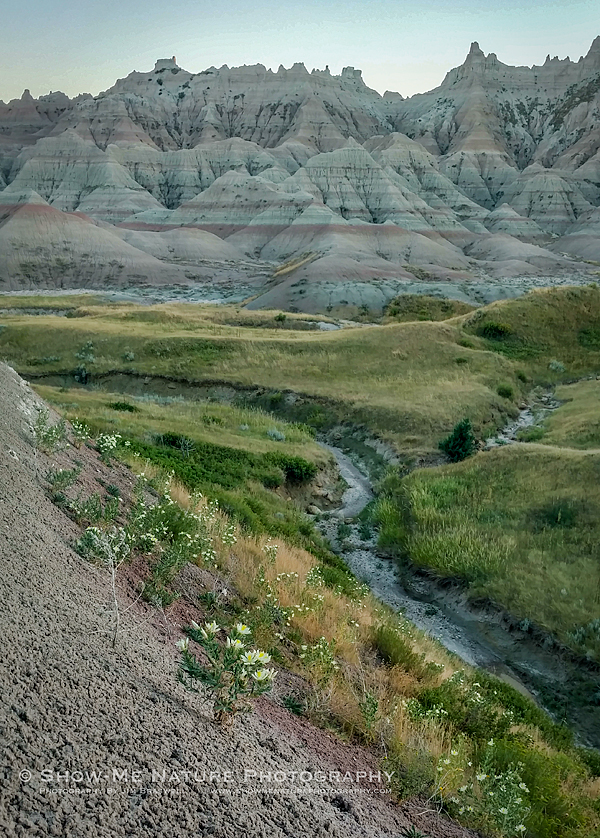 Looking closer at the plant as it blooms in the early evening, here are some of my favorite images: 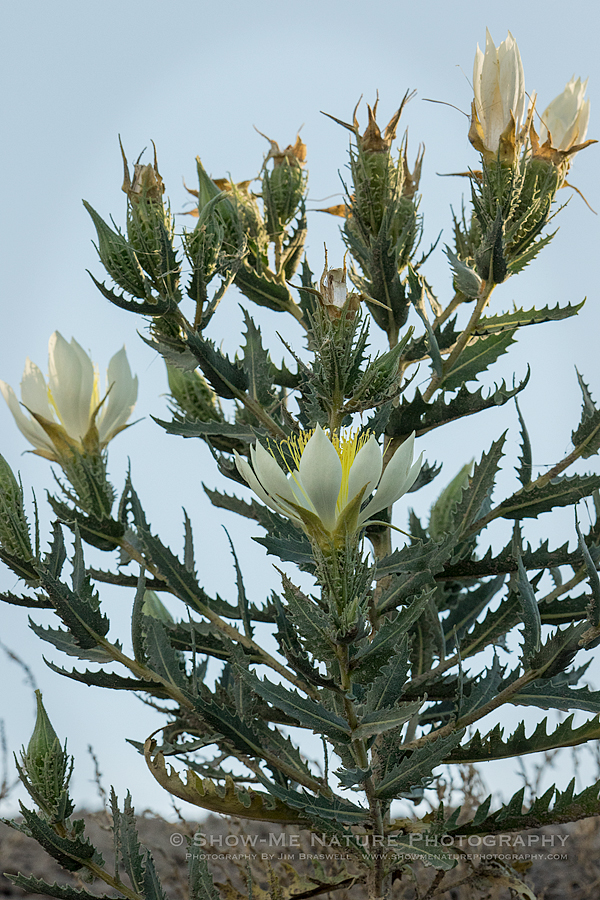 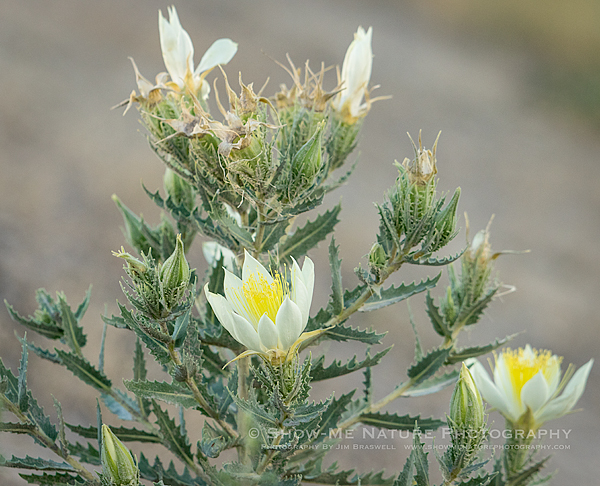 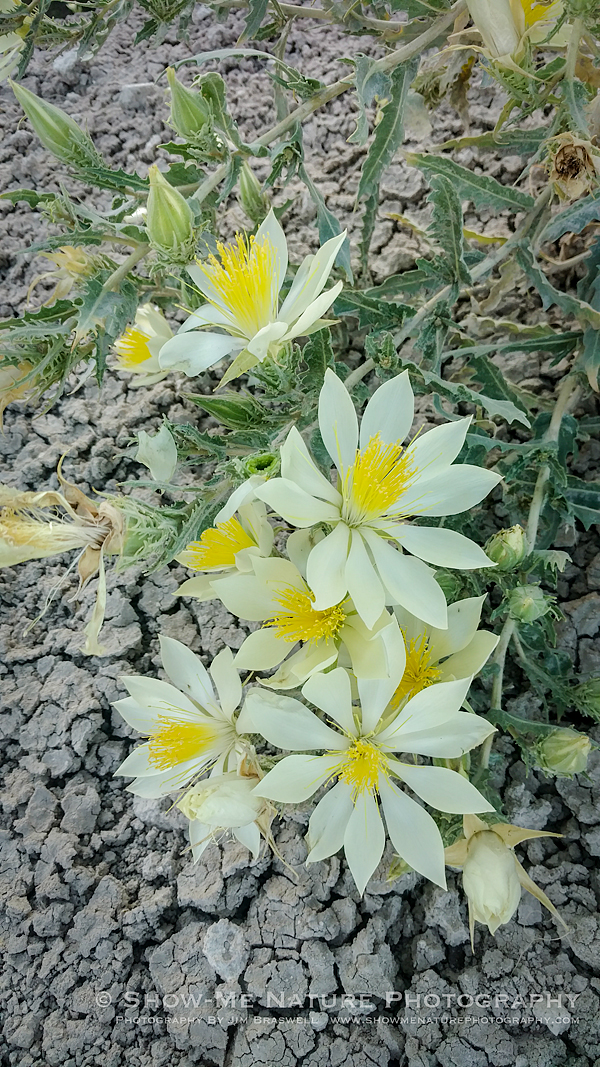 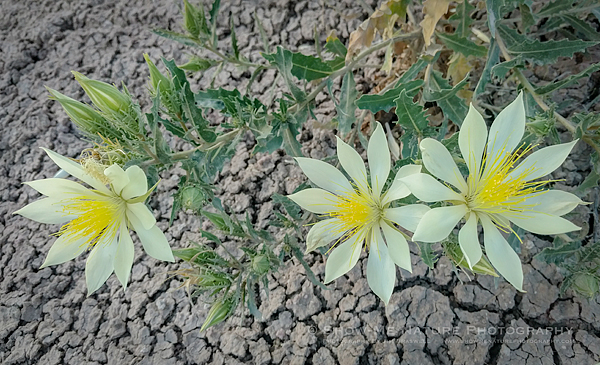 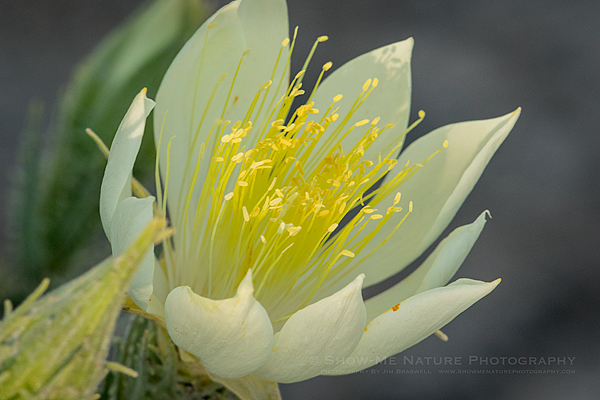 As with any image I capture, I’ve tried to define why I was so fascinated with this wildflower. I think the timing of the bloom is one thing … buds in the early morning and blooms later in the day and into the evening. I also think the wonderful fullness of the plant, and the number of blooms per plant are a factor. And a nice, full plant seemingly in the “middle of nowhere” catches my interest.

During my research, I find that seeds for this wildflower are commercially readily available. Some of the growing conditions include:  part shade to full sun, thrives in varying amounts of water, and very cold tolerant (from growing zone 3 to zone 8). After returning home, I have decided that I’m going to purchase some seeds and plant this lovely wildflower in at least one of my two rock gardens, where I have some succulents planted! I think they will add a nice touch there. :o)

Coming up, more images from the Badlands … including some meteor shower images.