Close Encounters of the Venus Kind

Did anyone get out early yesterday morning to view the “occultation” of the planet Venus with our moon? I set my alarm extra early and headed out to a local Conservation Area, where I had a large prairie in front of me and plenty of open space to view/photograph this event. However, I didn’t prepare too well. I was under the impression that we could see the “occultation” (where Venus would fade behind the moon for a while) from my location. But that didn’t happen, at least when I thought it should; it may have happened in my area later in the day, but some clouds began to roll in and would have kept me from seeing it. But the “pre-occultation” was an interesting scene. Here are some images I captured from about 90 minutes prior to sunrise, until about the time sunrise was beginning:

Early in the process, the skies were pitch black and this was the scenario: 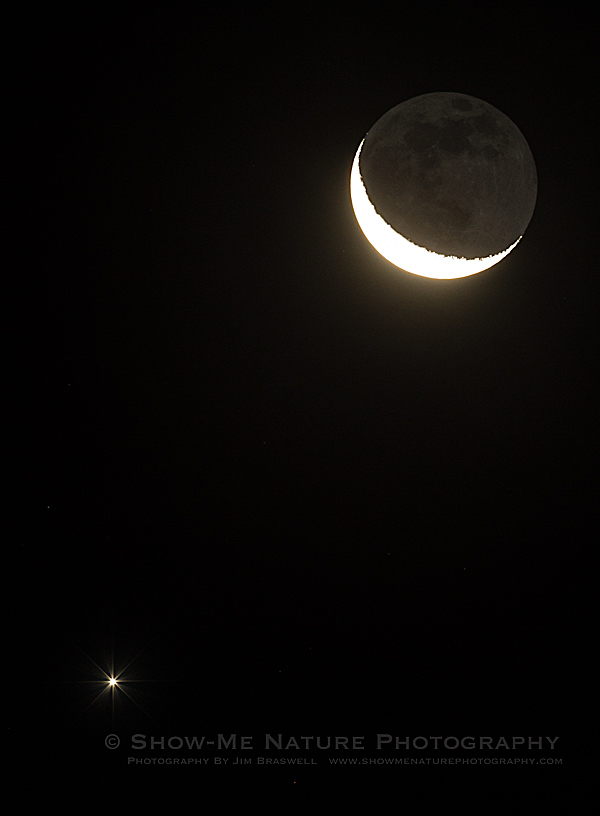 As sunrise approached, the background skies turned a cobalt blue: 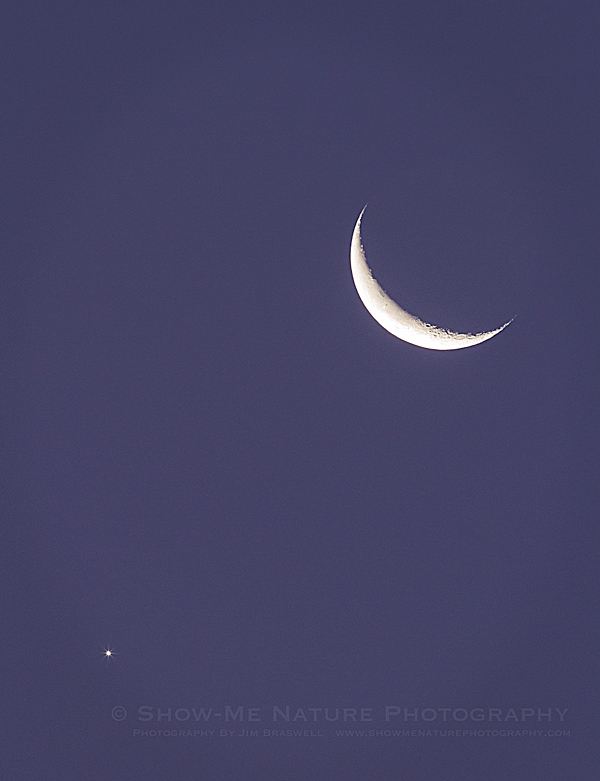 Then, the background sky began to take on the color of the approaching sunrise: 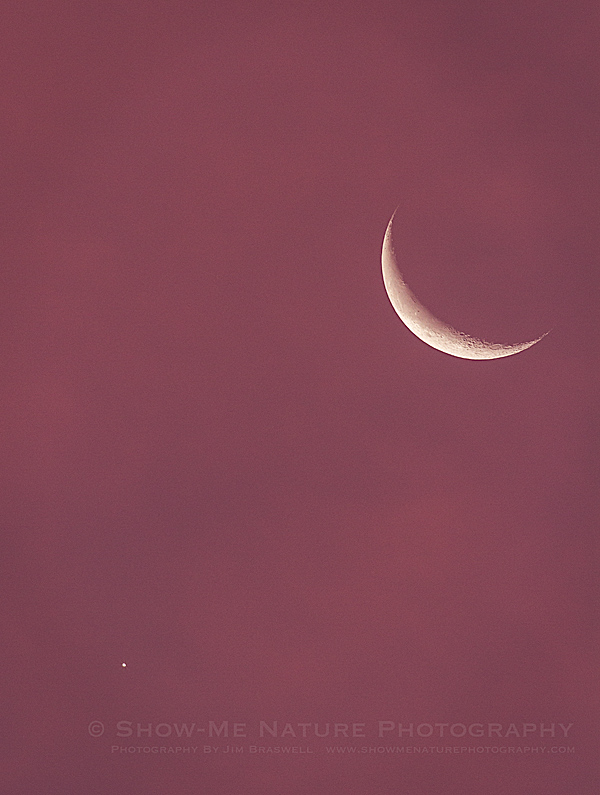 A short time later, some thin, whispy clouds began to float across the scene: 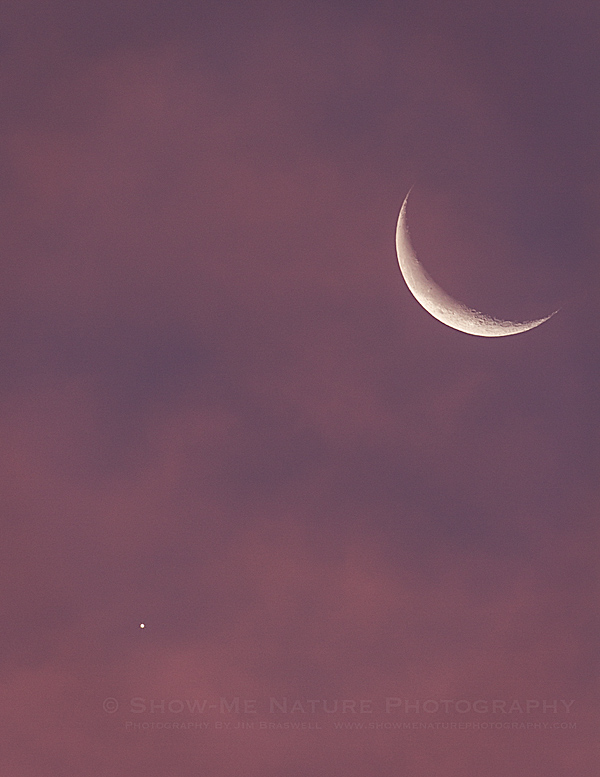 And one last look: 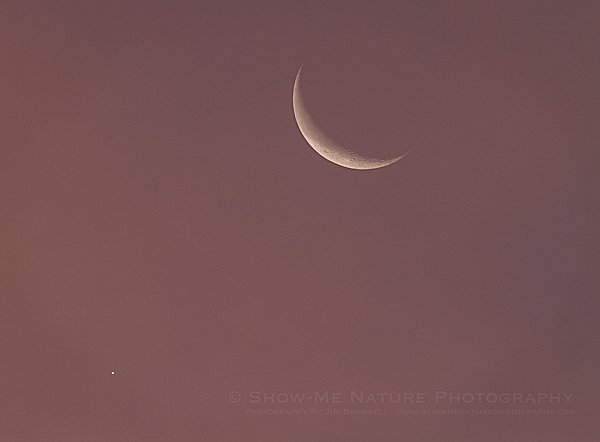 Although the actual occultation did not happen, it was still a wonderful experience! And shortly after this last image was captured, I headed out for a prairie walk in the crisp morning. In another post, I’ll share some of the images captured from the hike.