Today’s “Fun Friday” post’s images were captured last week during my 2-day visit to the Loess Bluffs NWR, in northwest Missouri. At this time of year, one of the highlights at the refuge is often the number of Snow Geese that lay over at the refuge and feed and rest up for the remainder of their migration southward: 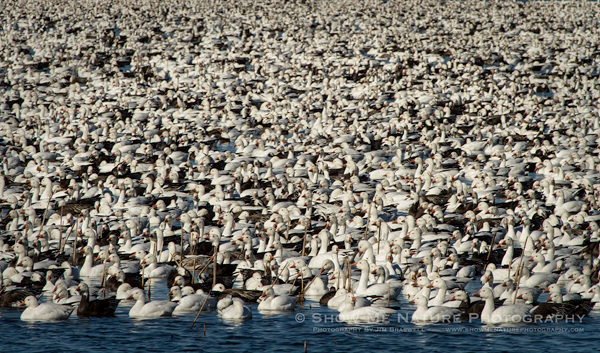 But often, they are not this restful: 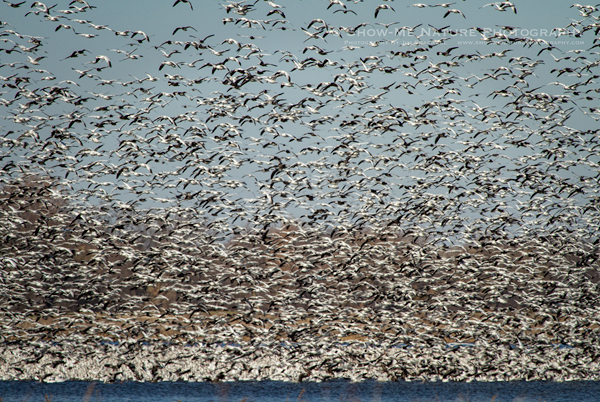 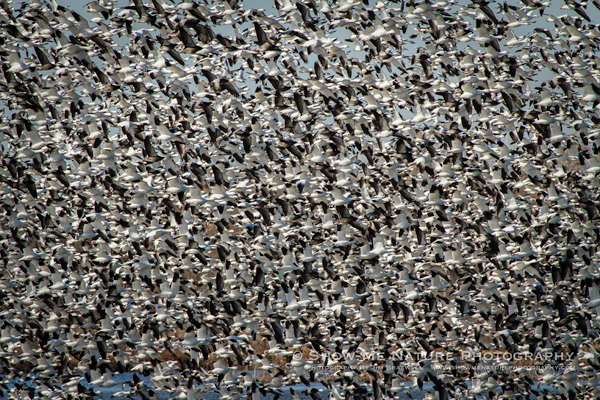 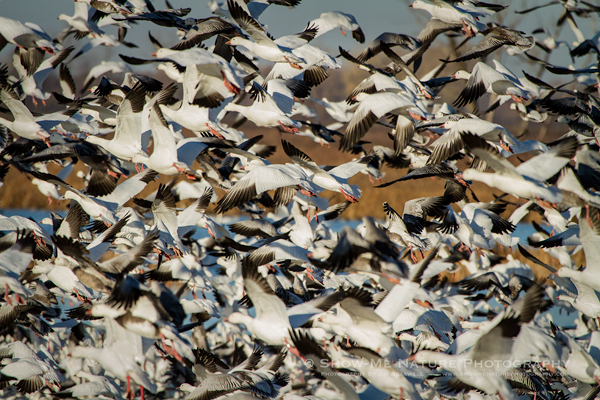 What makes them that way? Well, one of the most common causes is the feared Bald Eagle flying over the flock: 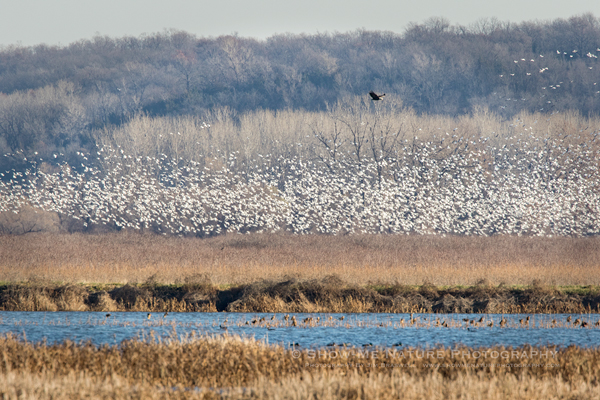 Bald Eagles are natural predators of the Snow Goose … and they know it! During the fall bird migration, the Snow Geese will move southward (from the Tundra regions) as the water freezes. As a result, the Bald Eagles will follow the Snow Geese on their migration southward, feeding on wounded and ill Snow Geese.

Interestingly, on occasion I have witnessed a lone Snow Goose get injured when this frenzy occurs. They often break a wing in the frenzy, disabling them from flying. As a result, they are easy targets for the Bald Eagle.

Back to the post title … if asked, could you find Waldo in the flock???