During last week’s kayak outing, one of the things that I noticed very early was the number of Green Herons (Butorides virescens). They seemed to be everywhere! In many cases, there would be 3,4, even a half-dozen of them all perched closely together over the water. Here are a few of my favorite images from the outing: 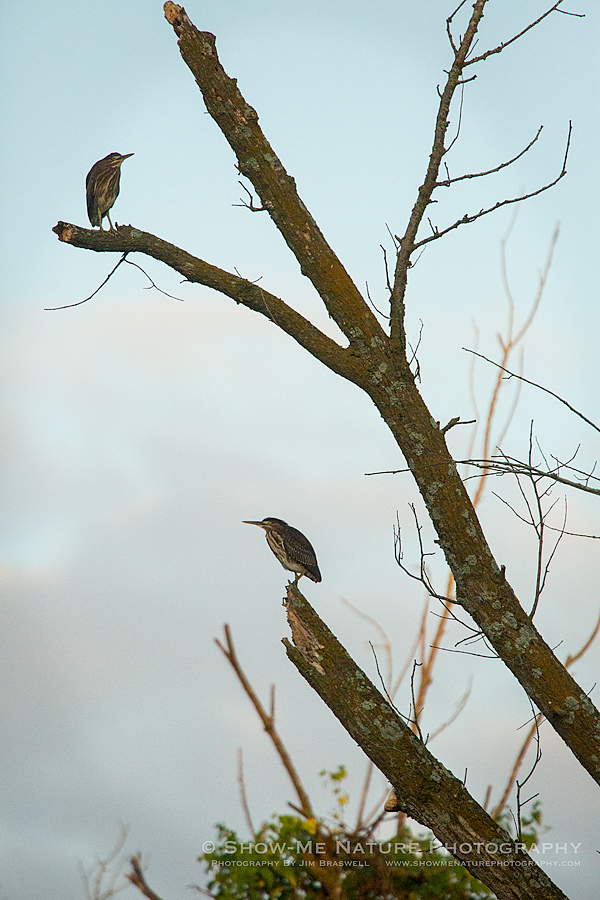 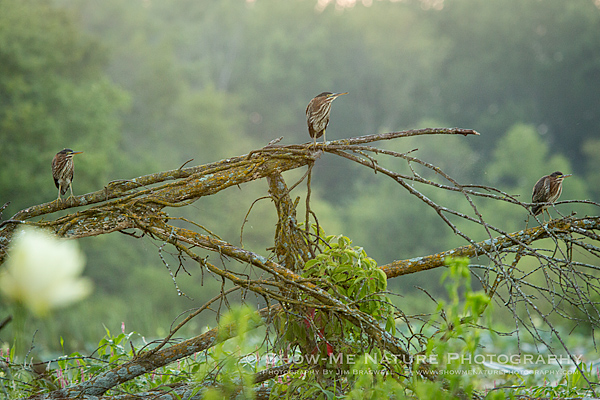 (Note: the bright, white spot in the above photo was an American Lotus bloom. Normally, I would just move the kayak a few feet and get it out of the frame. But in this case, the herons are often quite skittish, so I decided to leave it in the frame to get the 3 herons. I could probably take the lotus out of the image via Photoshop, but this image is just not worth the time involved!) 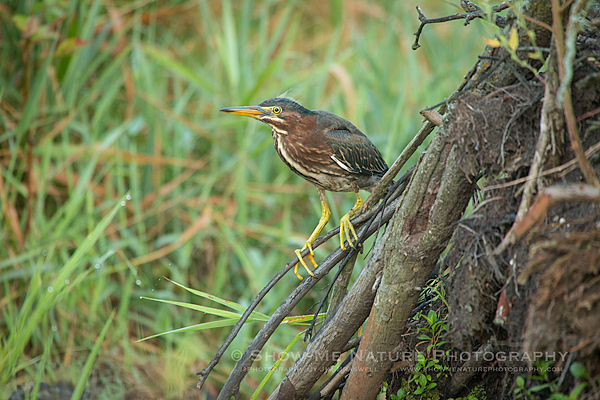 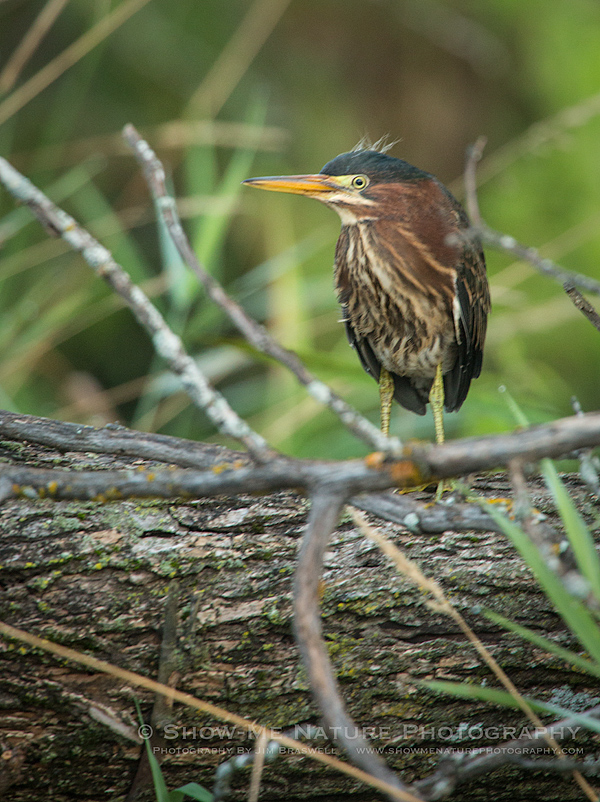 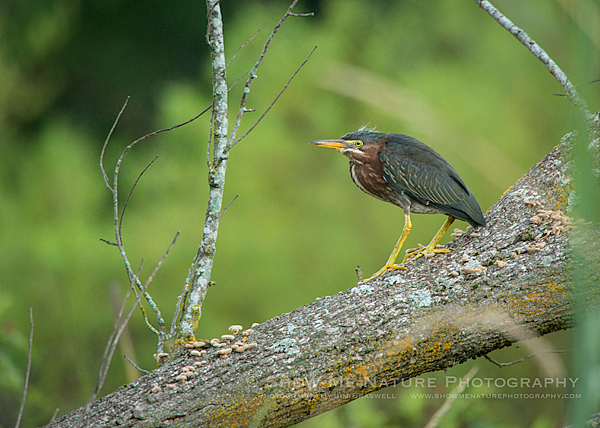 This next image shows the incredible balance these guys have when fishing. He is intently watching the small fish fry in the water below, getting ready to strike. What you cannot see in this image is that the water surface is at least 12″-18″ below the point of the heron’s beak! 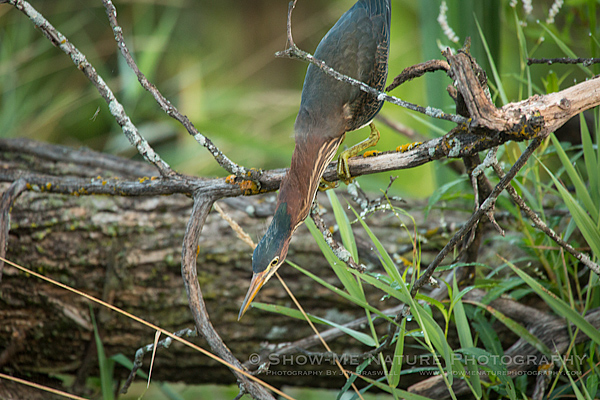 I’ll likely make another trip out in Rubber Ducky soon … as long as the weather holds, the water level remains high enough to kayak, and I’m feeling ok!