This past week, I went on a spur-of-the-moment photo trip to Missouri’s Ozarks. With fall colors quickly approaching, I traveled to the Camdenton, Missouri area to search for some fall color images. My time was spent at one of Missouri’s best parks (in my opinion) … Ha Ha Tonka State Park.

Unfortunately, the fall colors were not as vivid or bold as I had hoped. But plenty of photo ops existed and I had a ton of fun hiking and shooting! And I was fortunate to have a new friend from the area, Bobbie, accompany me and give me a great tour of the area.

In this first of several posts, I’m featuring some images from the bluffs in the park, overlooking the Niangua arm of the Lake of the Ozarks. Along the bluffs, ruins of an old castle still stand: 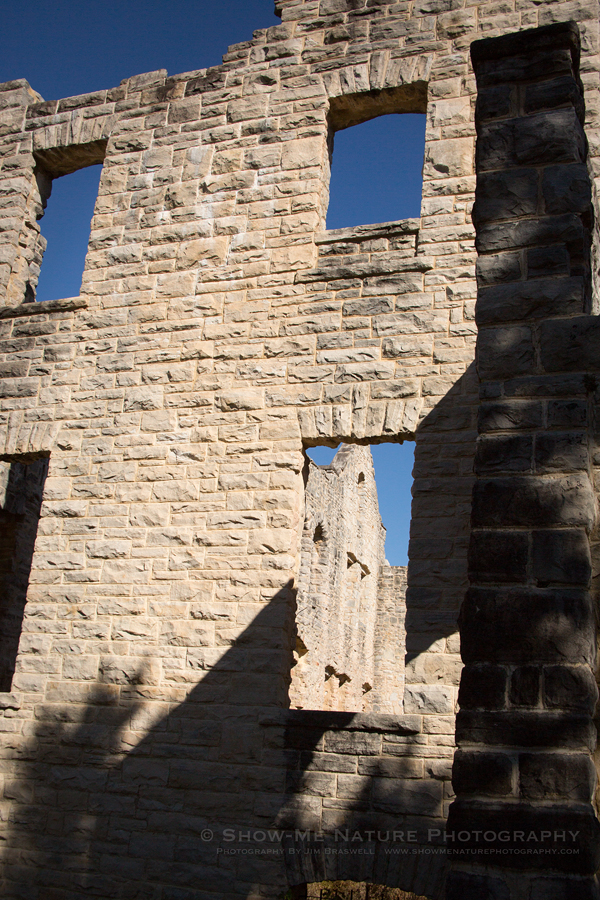 This castle was a private retreat that Robert M. Snyder, a wealthy businessman, had started building in 1905. After his death, his sons completed the castle in 1922. Later on, fire from a chimney gutted the castle, leaving only the ruins.

And a bit further uphill from this site, are the ruins of the old water station. Water was pumped to a tank inside this structure, then gravity-fed to the castle, as water was needed: 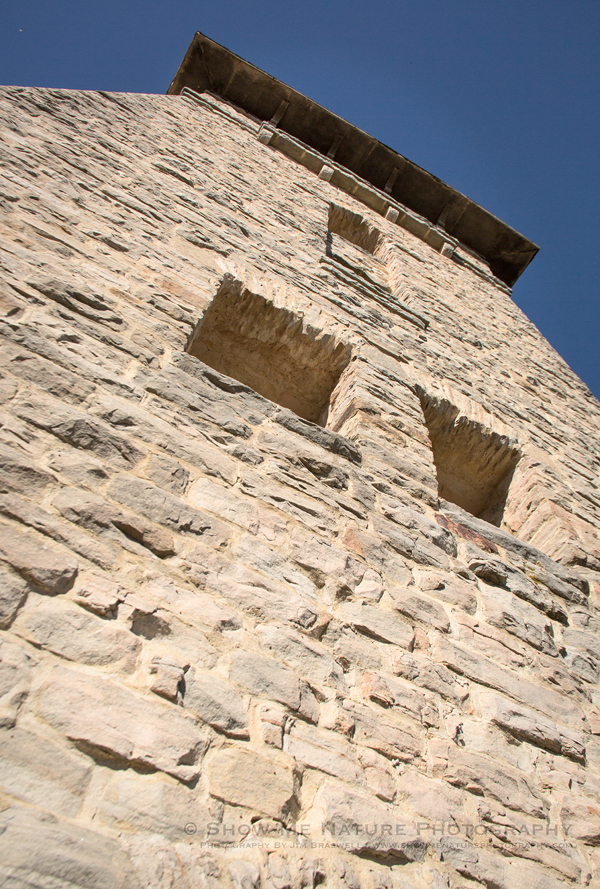 For me, the best view of the area exists from near the castle, looking over the Niangua arm of the Lake of the Ozarks: 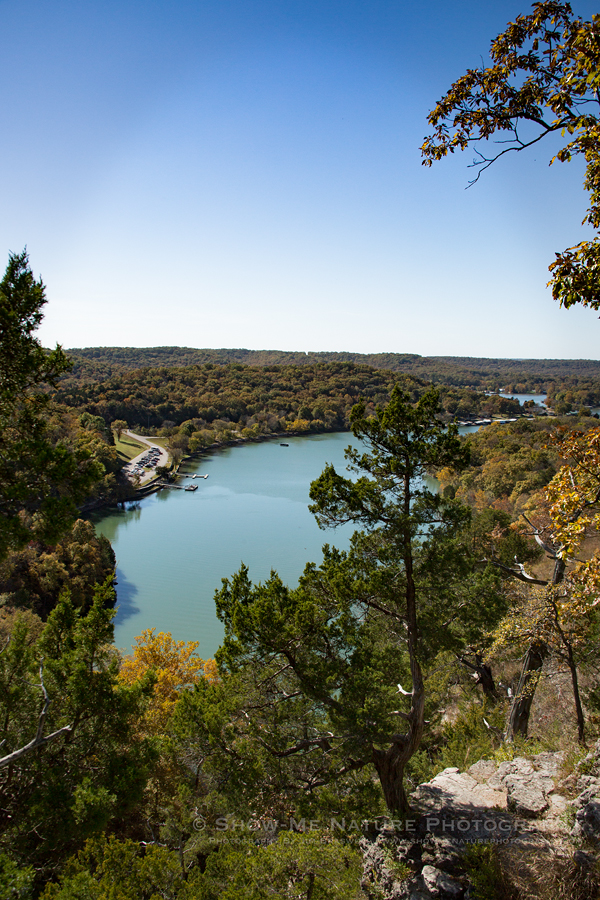 As you can see, fall colors were appearing throughout the landscape, but a few days off from peak colors. Regardless, the following day was spent along the water below, photographing the area’s landscape.

In the next post, I’ll celebrate Halloween by featuring some more geographic wonders of the bluff area, including a scary, rock face!