Today is a non-nature day post. On Sunday, I attended the 2016 Kansas City Chiefs football home opener at Arrowhead Stadium in Kansas City, Missouri. My daughter, Jami, invited me along with her and her husband. Since the last time I attended a Chiefs football game was long ago (approx. late 1980’s or early 1990’s, when I took Jami to a game), I was tickled to go! Unfortunately, cameras are not allowed, so I had to photograph with my Droid’s camera.

With a “new and improved” parking system, we quickly found out that it was new, but certainly not improved. We left home with time to get there to do a short tailgate before game time. But by the time we got the car parked, it was about 5 minutes before kickoff. We decided to postpone the tailgate party until after the game. But because tons of folks were in the same situation as us, it took us quite a long time to enter the stadium, due to long lines. As kickoff approached, the Stealth B2 bomber flew low overhead (it sneaked up on us and were not able to capture photos). By the time we entered the stadium, the score was Chiefs 3, Chargers 0.

The way the first half went, we really didn’t miss anything by getting in late, except for the introduction of players, the B2 flyover, and the first series of plays (resulting in a KC field goal). At the end of the first half, the score was Chargers 21, Kansas City 3 :o(  But halftime was very interesting. A team of 4 Navy SEALs parachuted from an overhead plane and landed in the stadium. Here are a few images captured with my cell phone: 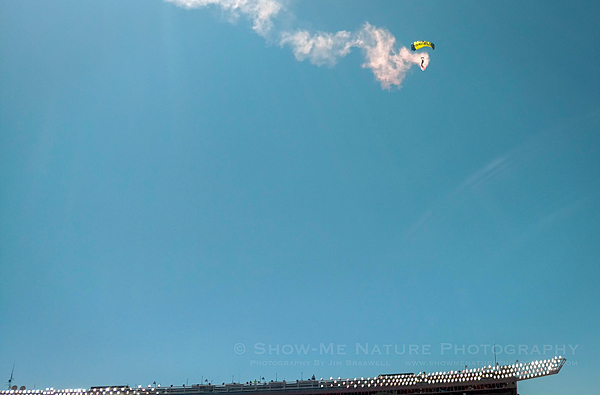 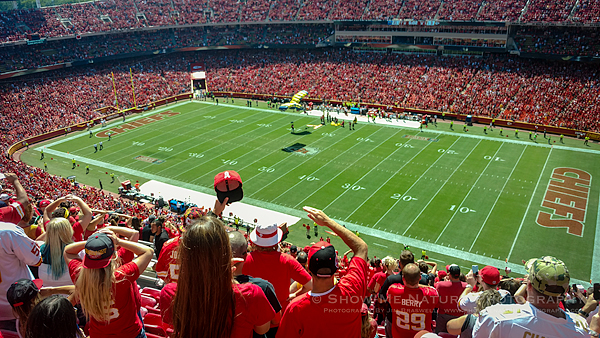 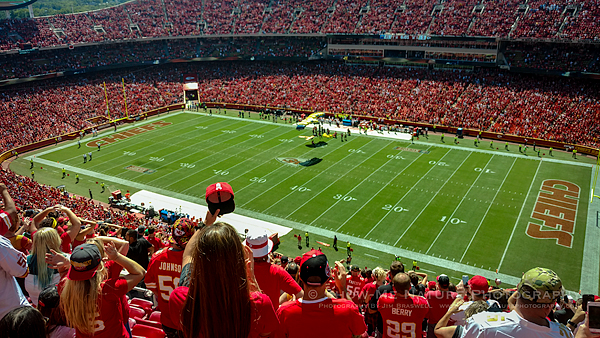 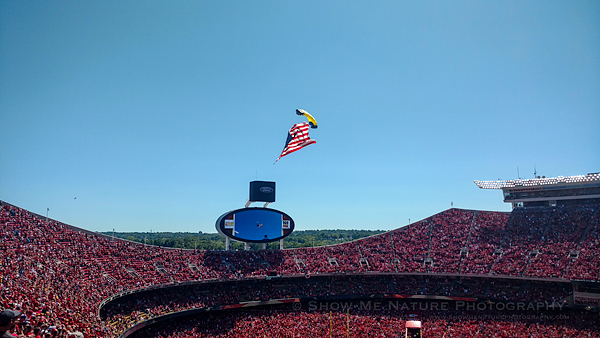 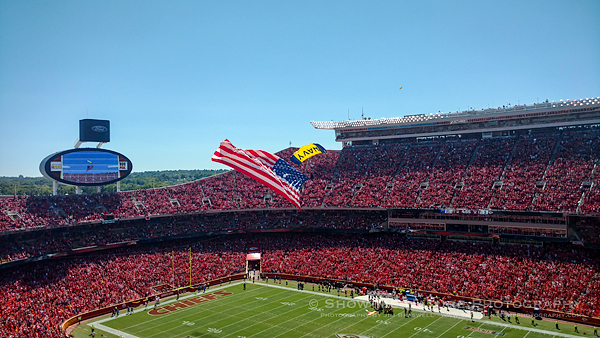 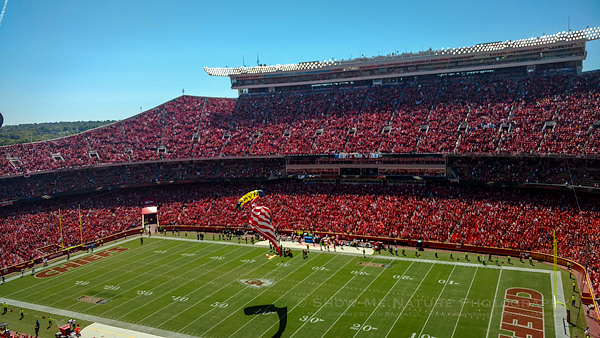 Early in the fourth quarter came, the Chiefs were still down a bunch. But the Chiefs made a history-making comeback in the fourth quarter, preventing the Chargers from any more scoring plays, while making 3 touchdowns and another field goal! With only seconds in the game, the score was tied, 27 to 27. As overtime began, KC won the coin toss and elected to receive. Continuing their comeback, they began driving down the field towards the endzone: 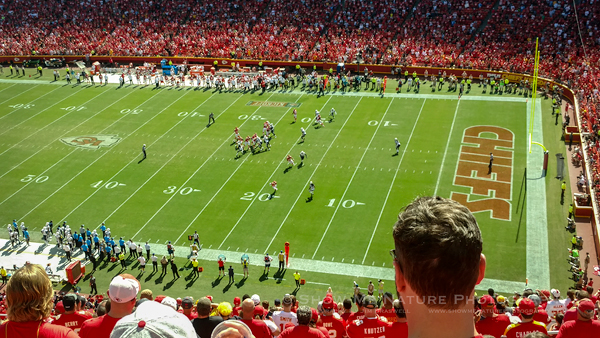 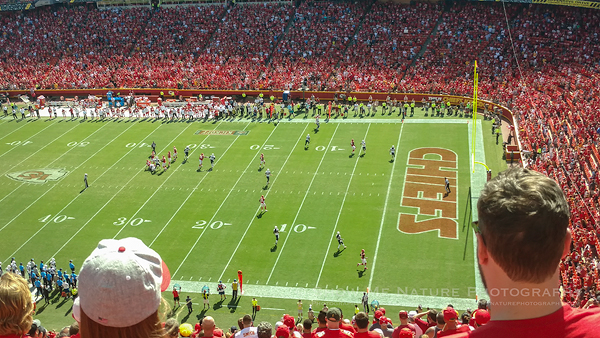 Then, Quarterback Alex Smith called his own number and dove into the touchdown (under a rather large pile of players), winning the game … Chiefs 33, Chargers 27! 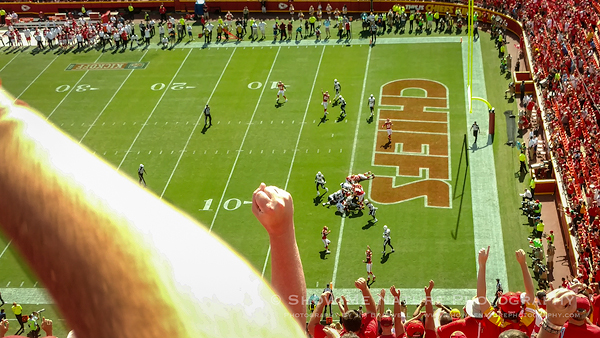 The endzones clearly indicated the touchdown as fireworks erupted! Great job in the second half, Chiefs! (PS – need to work on the first half of the game, now!) 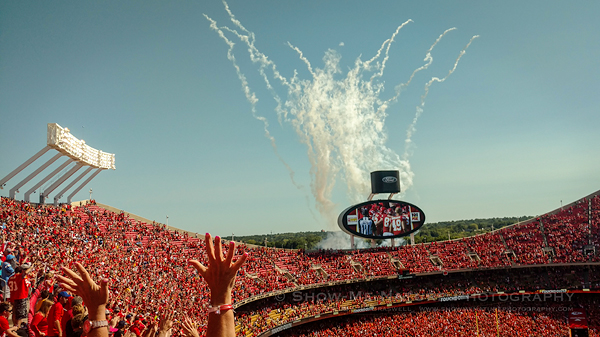