After our wonderful hike/mule ride to the ancient cave drawings in Baja’s San Francisco Mountains, our next adventure was a long-awaited one to Laguna San Ignacio. Laguna San Ignacio is an adventurous drive (this drive is mostly on unpaved, dirt roads!) from the village of San Ignacio to the lagoon, located along the Pacific side of the Baja Peninsula. What’s the draw here? Early in the year, friendly Gray Whales (Eschrichtius robustus) migrate southward to this lagoon. The cows will give births to calves, and the males that migrate here are looking to mate with cows. Laguna San Ignacio is a wonderful place to visit, and has a special place in my heart … I’ll explain that in a later post, but first, here’s some photos that I made of some “spyhopping” gray whales: 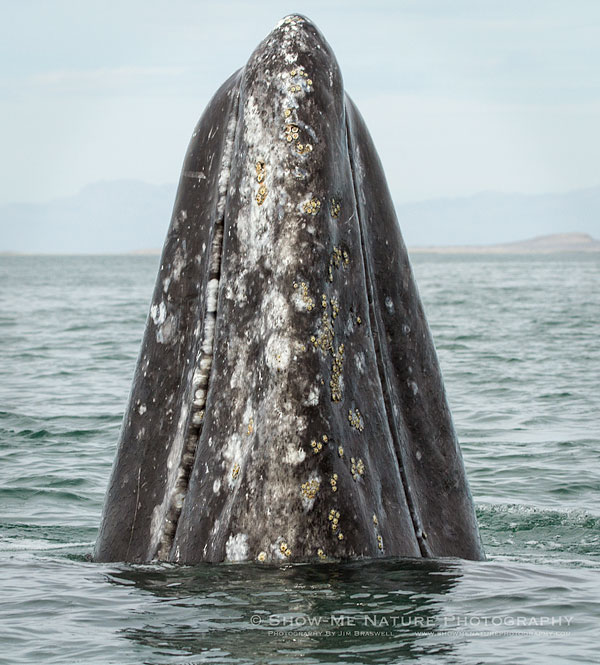 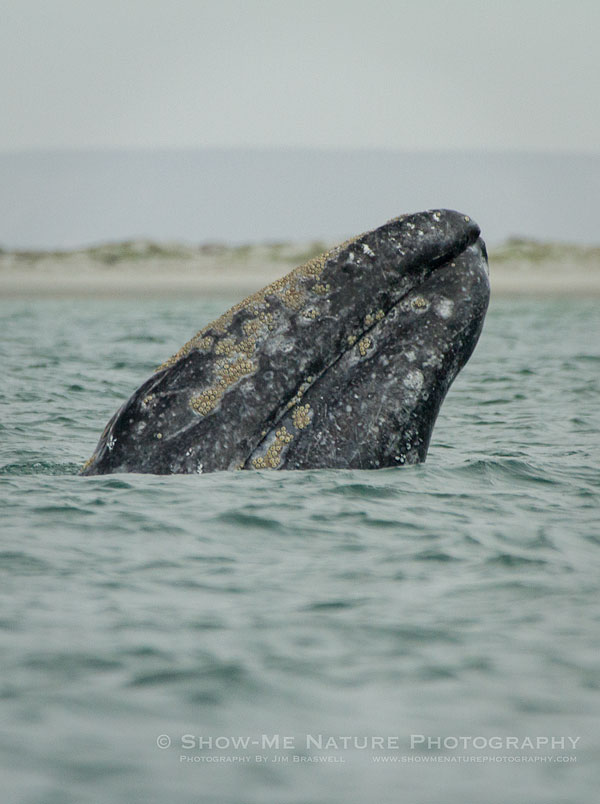 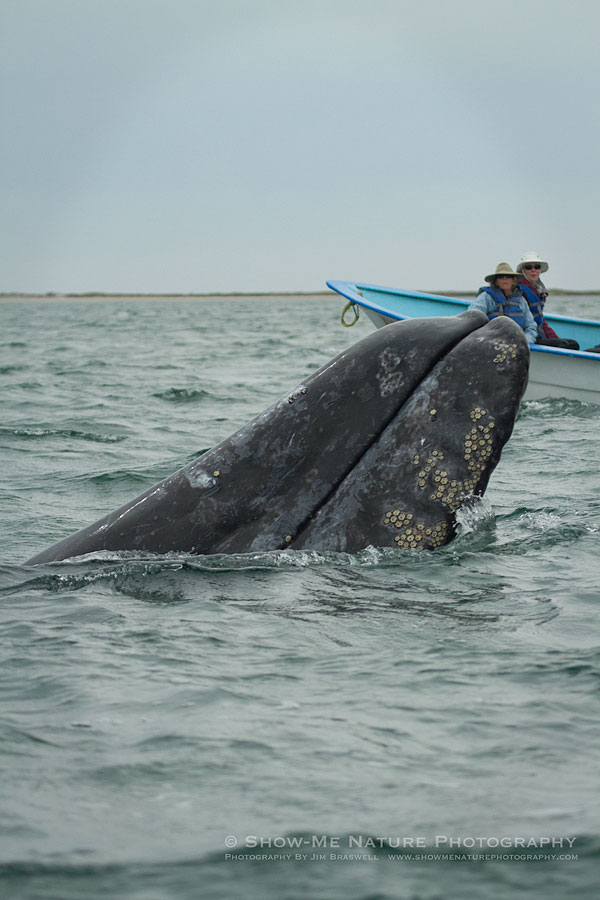 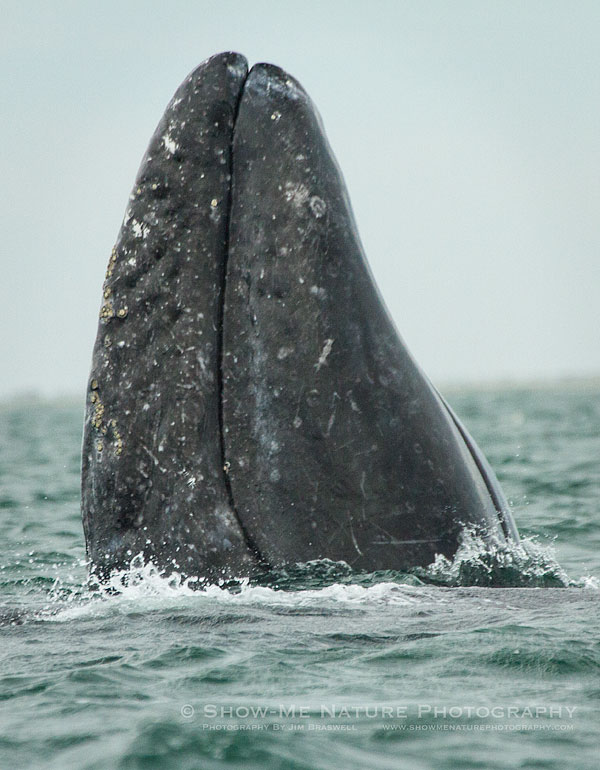 Spyhopping is a term that describes when a whale slowly rises, straight up, out of the water and holds that position for a short time. Wikipedia describes spyhopping very well, saying “Spyhopping is controlled and slow, and can last for minutes at a time if the whale is sufficiently inquisitive about whatever (or whomever) it is viewing. Generally, the whale does not appear to swim to maintain its “elevated” position while spyhopping, instead relying on exceptional buoyancy control and positioning with pectoral fins. Typically the whale’s eyes will be slightly above or below the surface of the water, enabling it to see whatever is nearby on the surface. Spyhopping often occurs during a “mugging” situation, where the focus of a whale’s attention is on a boat rather than on other nearby whales.” During my previous visit to Laguna San Ignacio, I was fortunate to be able to capture a couple of gray whales with their heads out of the water enough that their eyes were also out of the water. But on this trip, I was not able to do so, partially due to the extreme winds making the water much more “choppy”.

Laguna San Ignacio is also an example of how humans can co-exist with our marine brothers and sisters. The lagoon is normally a series of fishing camps, where the Mexican fisherman fish for a living. However, the Mexican government has taken a huge role and has designated Laguna San Ignacio a gray whale sanctuary in the winter months when the whales migrate here for birthing and mating. During these times, fishing is prohibited. But the friendly gray whales are a wonderful tourist draw and the fisherman change their fishing hats for “ponga driver hats” (pongas are the small, motorized boats that tourists use to enter the lagoon to whale watch … one such ponga is shown in the third image, above) while the whales are in the lagoon. This situation has helped both the whales and the Mexican fishermen. And how has it helped the whales? In addition to being protected, they have been a wonderful teacher to the many tourists who come to Laguna San Ignacio to see them. And the better people understand the whales, the better the chances of the people actively working to further protect the whales after the leave the lagoon.

I will have at least another couple of posts on the friendly gray whales of Laguna San Ignacio, showing some other behaviors of this group of wonderful whales!