This post is the second in a series of posts of images made the other day at my nearby prairie meadow. If you missed the first post from this series, you can click on this link:

During my recent prairie meadow outing, I was pleased to find a new Dragonfly, the Black Saddlebags Dragonfly (Tramea lacerata). I had been looking for these beauties this summer, but had not been able to find them until this outing. This first image is a newly emerged Black Saddlebags Dragonfly. The wings of newly emerged dragonflies are more opaque than they will be later in life. In this image you can see the “saddlebags” appearing vaguely, at the rear of the wings: 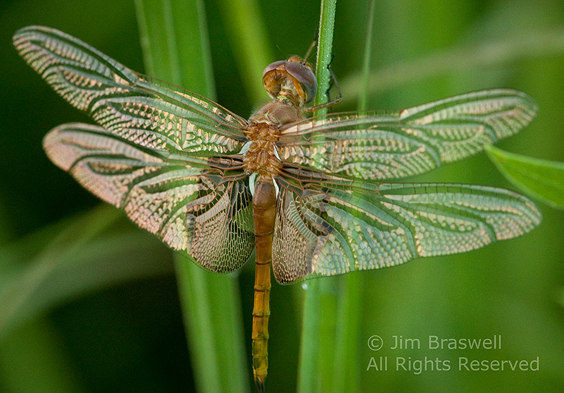 Further into the meadow, I came upon an older Black Saddlebags Dragonfly. The “saddlebags” are much more evident in this older dragonfly than the newly emerged dragonfly: 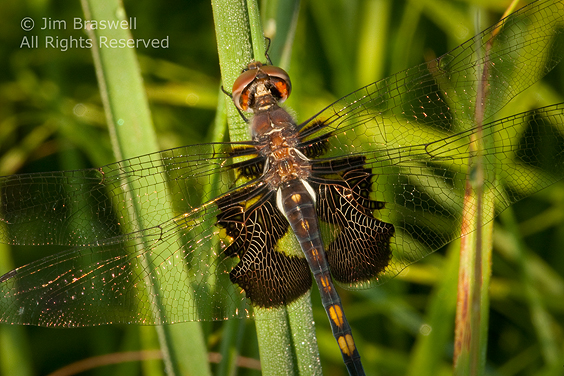 Further along the meadow, I came upon a dragonfly that allowed me to get extremely close to it. I believe this dragonfly is an Eastern Pondhawk female (Erythemis simplicicollis), but could not get a good enough look at it’s backside to get a positive ID. As I was photographing this little guy, he seemingly reached up with one of his legs and “scratched his head”. Here is the action as I captured it: 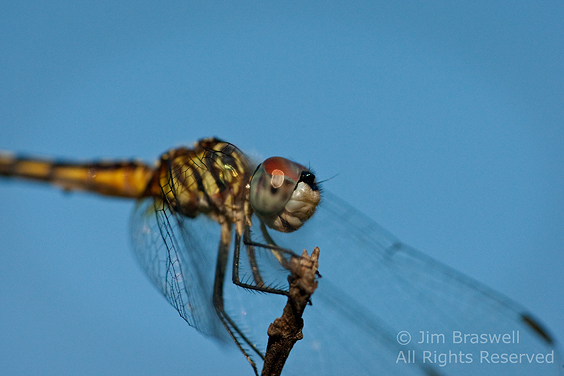 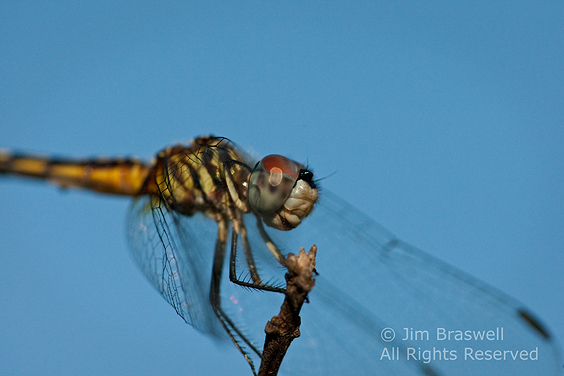 In the next post from this series of prairie meadow images, I will highlight other creatures I managed to capture in macro mode that day.