Today’s post features a previously unpublished photo of the great spring migration of the Sandhill Cranes, as they stop for food/rest on the Platte River of Nebraska, in 2012: 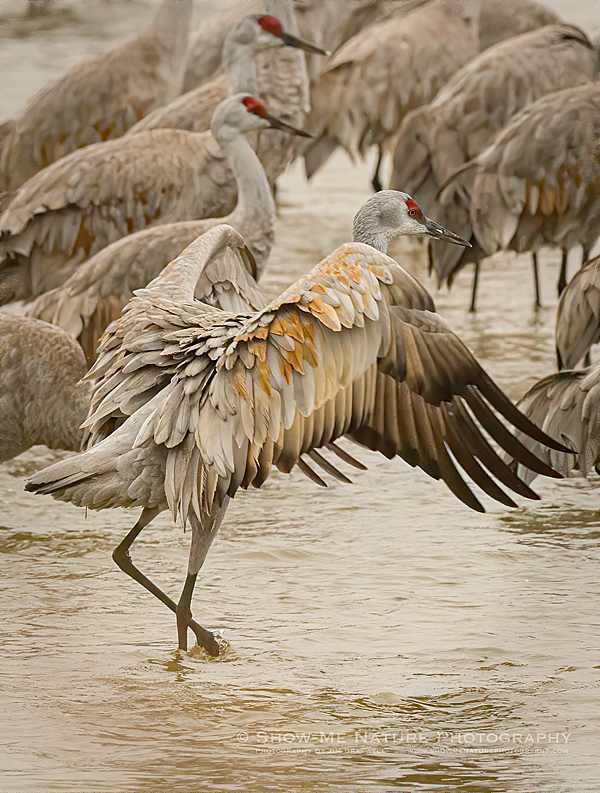 This image was captured early in the morning, from a photo blind on the banks of the Platte River, a short while before they left the river to feed in nearby corn fields. It’s been a few years since I’ve been there … seriously thinking it is about time to once again visit the thousands of migrating cranes on the Platte River!