A Group of Woodies

Yesterday’s kayak outing was pretty uneventful with regards to beaver activity. Again, they were inside the lodge, gnawing on wood pieces they transported inside … hmmm, seems like they’re active outside the lodge on an every-other-day basis!

But I did manage to capture some other interesting wildlife, including a pair of juvenile Red-shouldered Hawks (I’ll feature them in another post) and a cute image of a raccoon that I will feature for this next week’s “Fun Friday” post. I also had a few Wood Ducks (Aix sponsa), which I’m featuring today.

Wood ducks are one of my favorite ducks to photograph. They are so colorful and always have a rather rambunctious attitude! But they are also very skittish, mainly due to the fact that they are hunted. So I was quite surprised when a trio of “Woodies” approached my kayak, within about 30 feet at one point, and continued to swim past me! I was decked out in camouflage, and my kayak is painted a flat, “army green” color, so I don’t think they knew I was there. I kept my movements to a slow pace and they all seemed to be okay with me being there. The hen (there were 2 drakes and 1 hen in the group) seemed to constantly stare at me, but was not frightened off. I think she must have been hearing my camera as I snapped off images. Here are a few of my favorite images. The first couple show the ducks as they emerged from the fog: 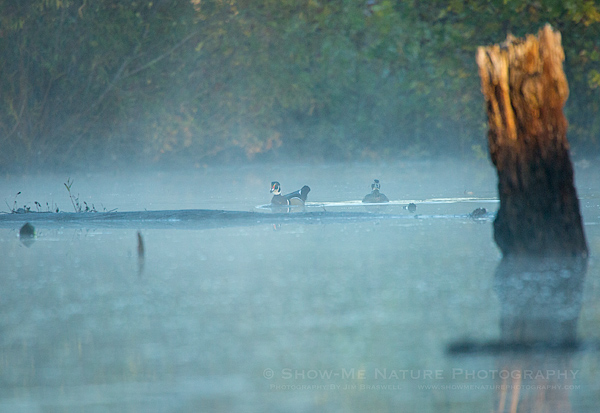 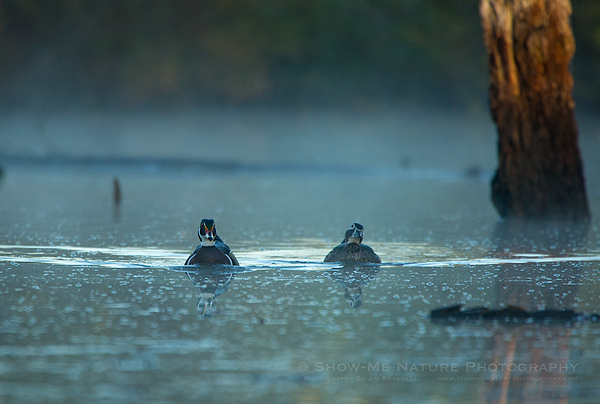 Once out of the fog, their beautiful colors were much more evident: 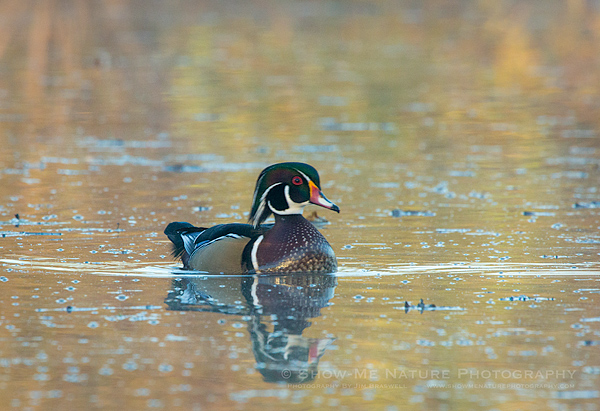 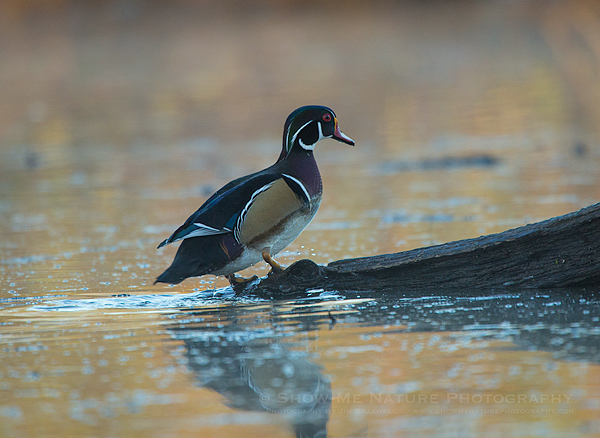 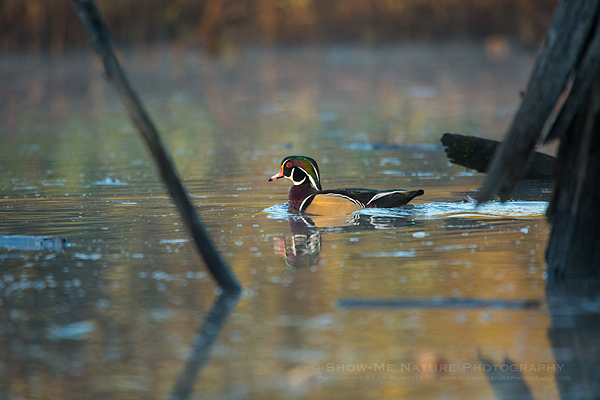