CAUTION: TODAY’S POST CONTAINS A GRAPHIC IMAGE THAT MAY  BE DISTURBING TO SOME PEOPLE

Answer: When it is a Killer Whale 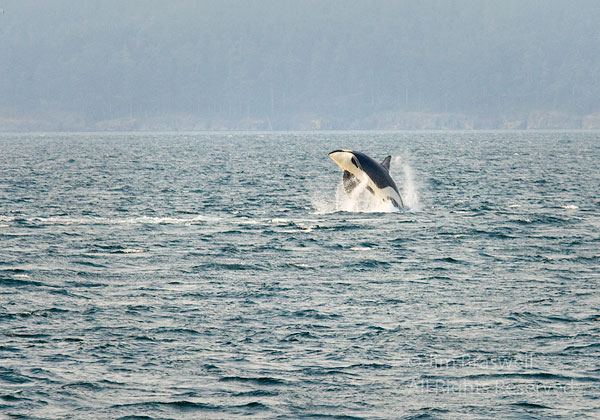 Photo of a breaching Orca, taken in 2008 in British Columbia

“Killer Whales” (Orcinus orca) are not actually whales, but are toothed dolphins. Orcas tend to fascinate humans on many levels. Here are a few facts I’ve found in researching Orcas over the years:

Reading the above facts, it sounds like the Orca is a mighty, frightening creature. However, Orcas have a number of attributes that are common to many of the whales and to other dolphins:

The above information, as well as much more, is available in a great book, “Orca, the Whale Called Killer”, by Erich Hoyt. In fact, the author is a good friend of our boat’s captain, Captain Ronn Patterson (who also did whale research in his earlier years).

Well, let’s get to our experience with Orcas on Day 1 of our photo workshop. In the past 2 posts, I shared some images of our experiences with Humpback Whales (Part 1 and Part 2). After spending several hours with the humpbacks, and still heading northward, we began to move out of the massive numbers of whales. But we kept looking … for whatever our next encounter would be. It wouldn’t be long! Looking ahead of the boat, at an estimated distance of ~3 miles ahead of us, through binoculars we saw 2-3 Orcas that appeared to be breaching out of the water. We informed Captain Ronn so that we could maneuver in that direction and see if we could get some photos. Captain Ronn, looking through his binoculars, calmly said to us, “No, they’re not breaching. It looks like they’re hunting.” With that, he set the throttle of the boat to “high speed” (didn’t seem to be much faster than our slow speed), to try to get us there a bit earlier. Even so, it took us a good 20 minutes to reach the area where the Orcas had been seen.

As we reached the area, we were in awe as we looked beside the boat: 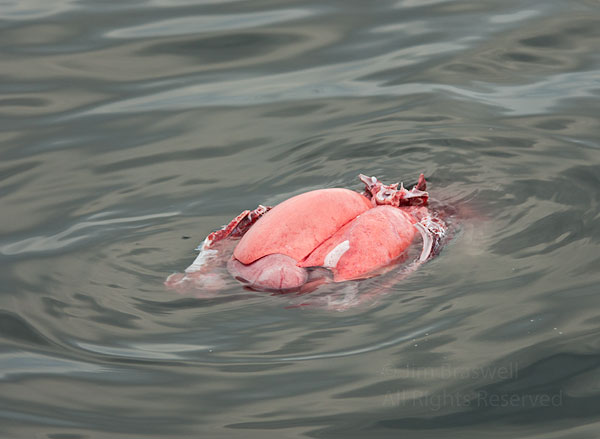 Lying in the water were the remains of their hunt … a rib cage with both lungs and liver attached. Although we were not sure what was on the menu, it looked like it was either a Dalls Porpoise or a Harbor Porpoise. And from the remains, we knew the Orcas were a transient pod. Orcas are either transient, or resident. Resident orcas have a specified home range that they live in, feeding solely on salmon. The transient pods, however, constantly travel about, without a clearly defined home range, and feed upon marine mammals (usually seals, porpoises and dolphins). When we thought we had seen some breaches, we were actually witnessing the larger Orcas of this pod as they were hunting this prey. Transient Orcas exhibit some unusual behavior as they hunt, and afterwards. The “breaches” were actually lunges towards this unlucky prey; Orcas tend to kill their prey by blunt force trauma, ramming them and holding them underwater until they drown. Equally as unusual, after a successful hunt, the Orcas tend to play about the remains … as if celebrating the successful hunt. As we were viewing the scene, a large male Orca unexpectedly appeared next to our boat and began playing with the remains. He would take the remains in his mouth and then dive with them, letting them go, to resurface: 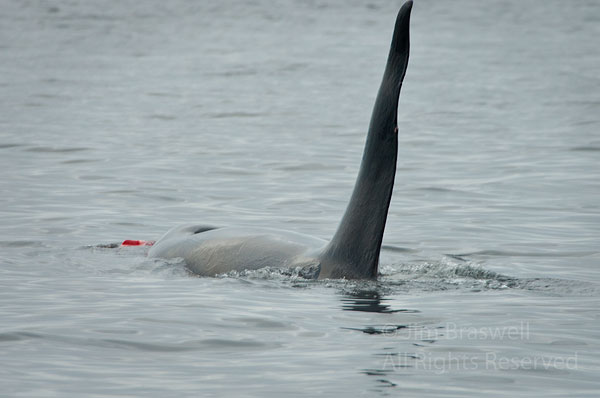 And then another Orca surfaced, swimming directly towards our boat: 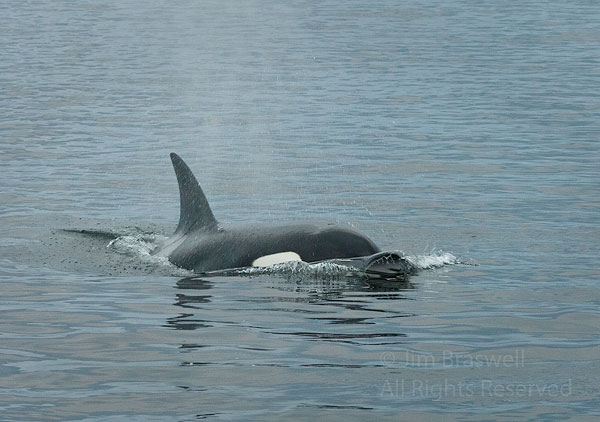 One by one, Orcas started appearing everywhere around us, including one young one in the pod. Our best guess was 4, maybe 5 in this transient pod. And then one of the larger Orcas “spyhopped” just a few feet from us! 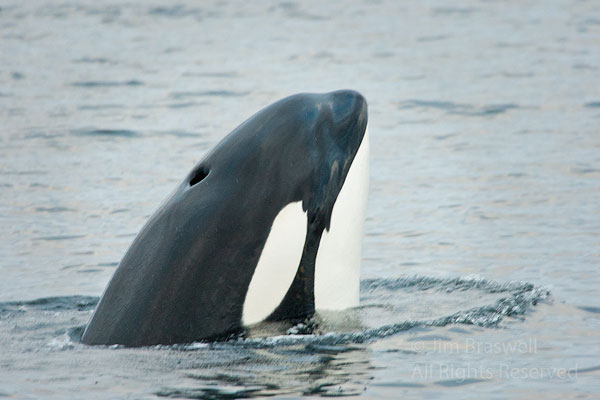 Spyhopping is the act of an Orca gently lifting it’s head out of the water. This is generally done so they can see what is going on above the water. I’m sure they were checking us out, just as we were doing with them!

And a couple more images made during this pod’s celebration: 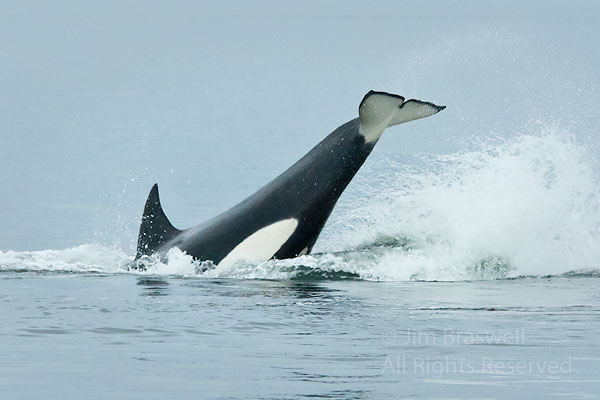 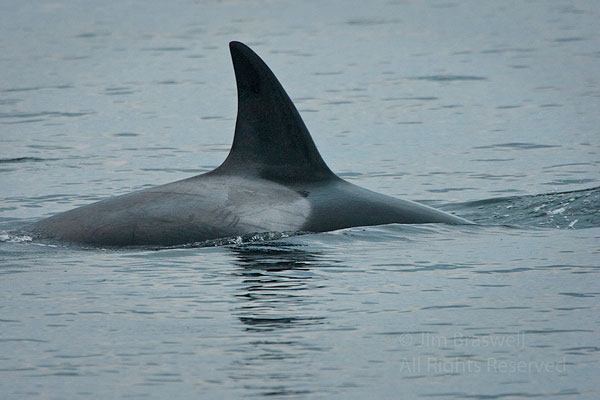 My older daughter, Jami, flew to Petersburg to meet us and tag along on the workshop. She had a new point/shoot camera and captured some video of the Orcas celebrating their successful hunt. This was her first attempt at capturing video … and capturing Orcas wildly celebrating, while on a rocking boat, is not easy! But she did a great job capturing some of the activity:

With such excitement, Day 1 ended with great expectations for the remainder of the trip … and we weren’t let down! Tomorrow, we’ll see what happened on Day 2!