Back from Des Moines. It was a mixed bag. Spent a day at the Neil Smith NWR, with the highlight of capturing images of some Ebony Jewel-Wing Damselflies … a blog post with some images is forthcoming. Then, wonderful weather! After a rather warm day on Thursday, a cold front passed overnight and Friday thru Sunday had highs in the 70’s!

The art show was a rather mixed bag, also. Sales at the show were completely atypical for me. I usually sell tons of smaller sized prints and then a single, large piece. This year, I sold only a handful of small prints, but several large pieces! And Sunday was atypically slow. Why? I think a couple of things were affecting the show. First, the show was under new ownership, and I understand that when that happens the show is usually affected. In fact, the television ads for our show seemed to be non-existent this year, when compared to years past. Second, with such wonderful weather, the outdoor art show likely kept some people from attending our indoor show. But in any event, I met lots of wonderful art and nature lovers!

This was also a show of mixed emotions for me. It was at this show last June where my wife had a cardiac arrest, and passed 3 days later. Although it was tough at times, I also feel some sense of closure. She will always be missed.

Today’s post features an image I captured a few days before traveling to Des Moines. While photographing prairie wildflowers at a local conservation area, I came upon this dew-covered moth: 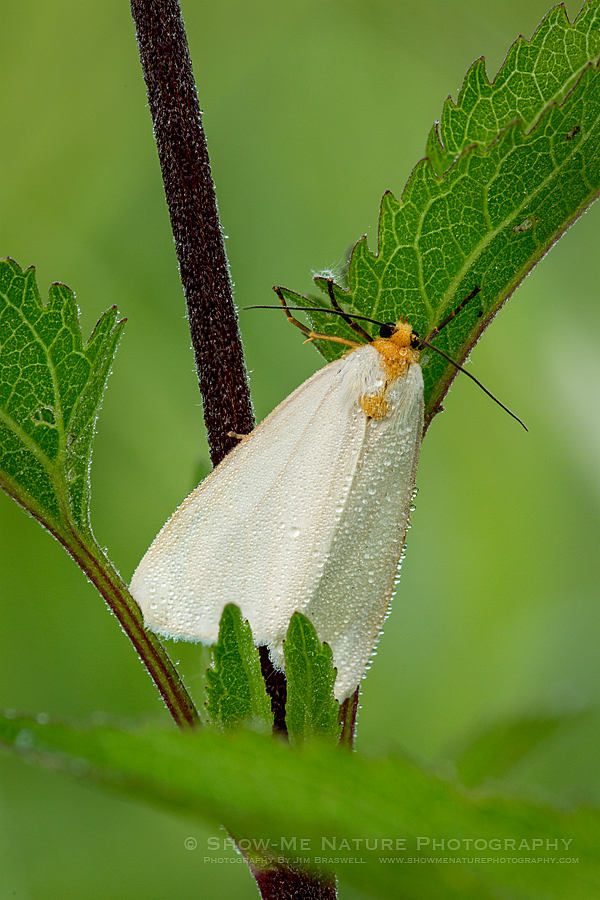