Today’s Fun Friday post features “Barney”, who I first met about 4 years ago. Barney is a Barn Owl (Tyto alba), which is both rare and endangered in Missouri. In fact, I used to occasionally read about a rare sighting of this bird in the state, but when reported, the location was never disclosed to prevent people from wandering in to see it. I’ve taken this same approach with Barney. I’ve not given out the location, nor will I. He is located on a farm that is occupied by a wonderful family, and bustling with farm activities. If you’ve read my past posts about Barney, you will remember that Barney and his mate raised a brood of young Barneys a few years ago, in a corn silo. Since then, I built a nest box and mounted it in the barn where the owls were active.

With the farm owner notifying me of Barney’s recent return (early January), we discussed our mutual desires to obtain more information on Barney and his nesting habits. Consequently, in early January I placed a trailcam in the barn to monitor the nest box. Earlier this past week, I replaced the SD card with an empty one, checked the camera’s batteries, and left the camera to monitor further activity. Upon review, I found the first SD card contained 192 videos, including some very interesting behaviors and indications that Barney and mate will once again raise some young owls this year! In an upcoming post, I will feature a few of these videos. I think you will find them interesting!

Looking back at some of my earlier images of Barney and family, here is one of my images I captured during my introduction to the endangered Missouri Barn Owl: 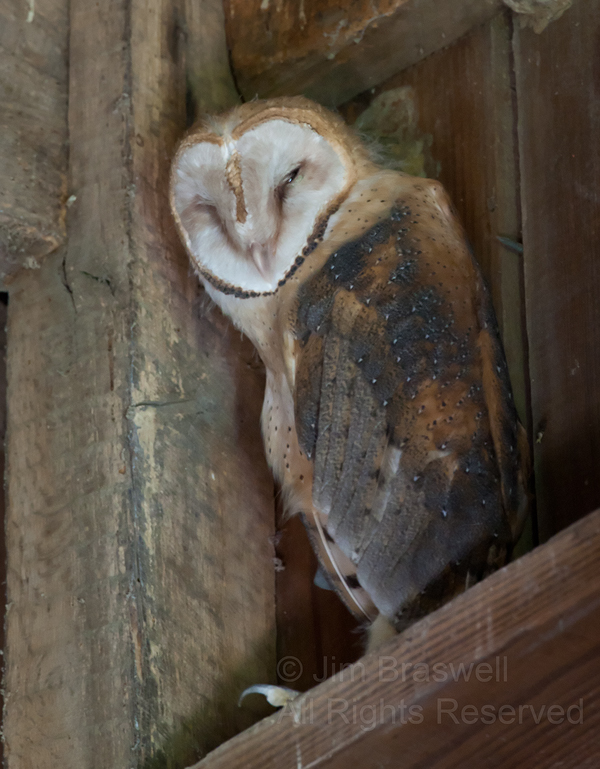 Next week, I’ll feature some of the recent videos I’ve captured, along with my plans for working closely with Barney this year.