During my July trip to Glacier NP, I caught some flack from my wife. As we drove along the top of the Going-to-the-Sun Road, I was mesmerized by the many waterfalls that were active across the valley. At one point, I saw a good pullout and decided to grab a scenic shot of one of the waterfalls. While setting up, I envisioned getting that clump of purple wildflowers in the image as the foreground. Meanwhile, this is what my wife saw, from the car: 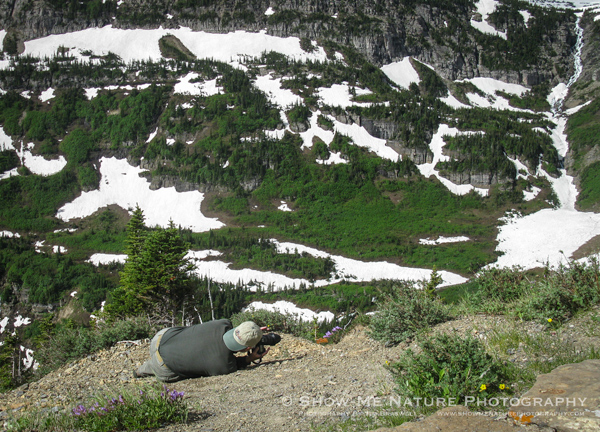 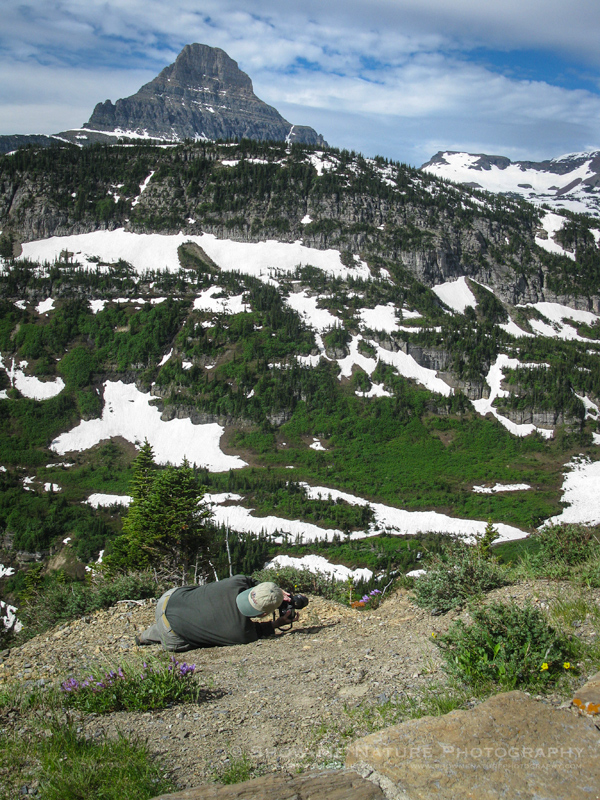 It kinda looks like I was about ready to go over the edge of the cliff. Well, truthfully I was close, but not as much as it looked. Sometimes our eyes and our cameras can deceive us a bit … at least that’s what I’ve been trying to convince her of! :o)

I was crouched down low because I was trying my darndest to get the wildflowers in the frame as the foreground. Here is one of many images I ended up with: 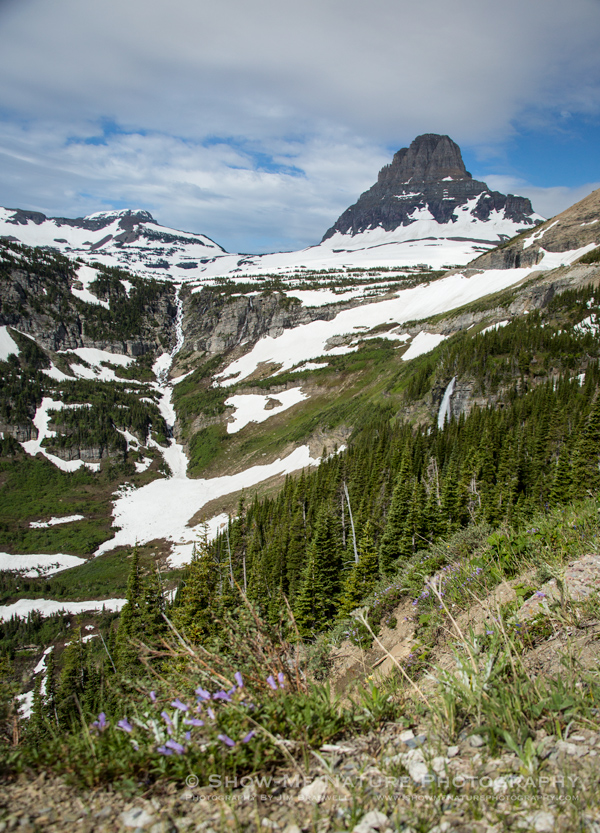 But this next image is closer to my earlier vision: 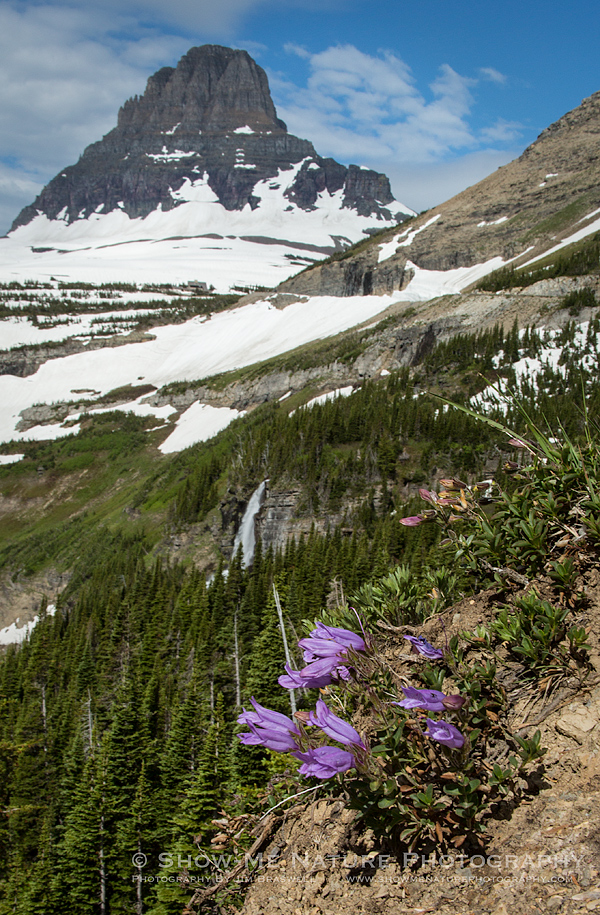 And everyone was safe! No slips, trips, or sliding. But to shoot in these situations, it is imperative that you are very careful, that you maintain your footing, and that you are constantly vigilant as to where you are … and where the edge is!