On my first trip to the Everglades NP … specifically, to the Anhinga Trail, I pulled up in the parking lot in the pre-sunrise hour to find just 3 cars already in the parking lot. Looking towards the trail, I saw this large box against the restroom complex: 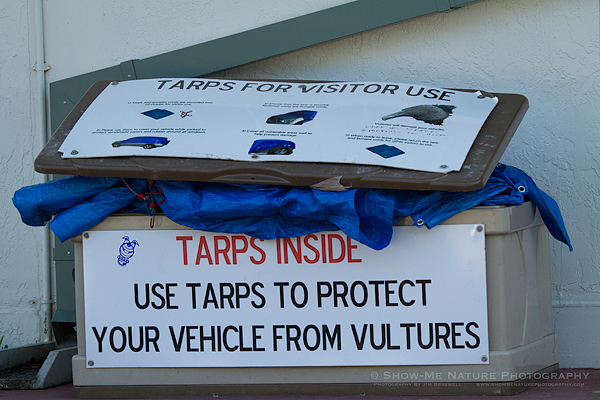 Are you kidding me? My first thought was that this had to be some kind of joke … were they conducting an experiment to see how many “fools” actually covered their vehicles with tarps? Reluctantly, I pulled one from the bin and stretched it across the length of my car, using the supplied bungee cords. Besides, surely this was not a joke, or people would be taking the tarps and there would be none in the box! By the time I had my car covered, several more people had pulled into the parking lot, mostly photographers. One car of two photographers pulled next to me and I struck up a conversation with them about the issue. I was assured that the vultures do tear up the cars. Specifically, they like to pull at the rubber components … like windshield wiper blades. My parking lot neighbor told me that he parked in the lot the year before without covering his vehicle, and when he returned from photographing, there was little-to-no rubber sealing his sunroof! He said that was a very expensive lesson!

After getting the tarp secured over my vehicle, I headed out to photograph on the Anhinga Trail. No sooner than I had hit the trail, I ran into the first group of “thugs”: 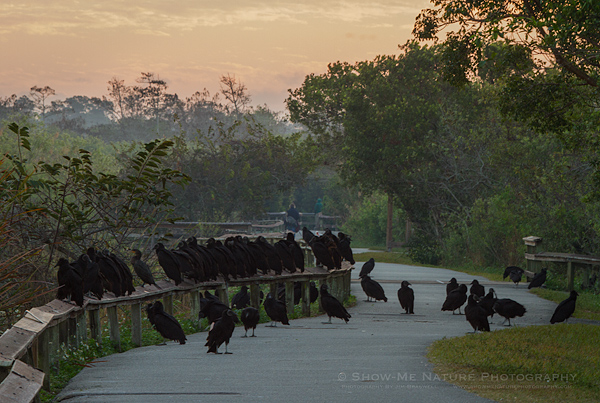 As I approached, it sure looked like they were lined up, waiting for a good rubber breakfast (Note: there is a single Double-crested Cormorant, with orange bill, near the far end of this photo)! 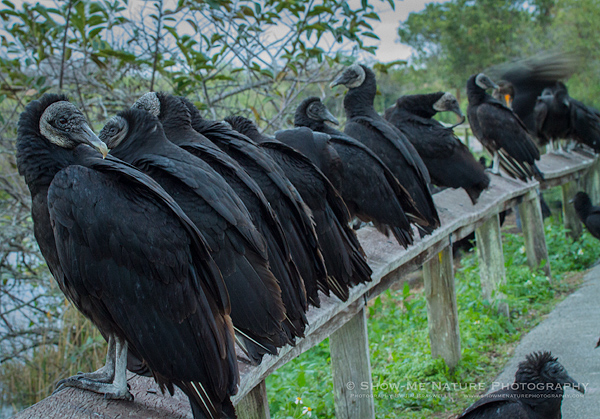 Fortunately, when I returned to my car, there was no damage and the tarp was still secure. Oh, and here is my car (in the middle) with other vehicles on both sides of me: 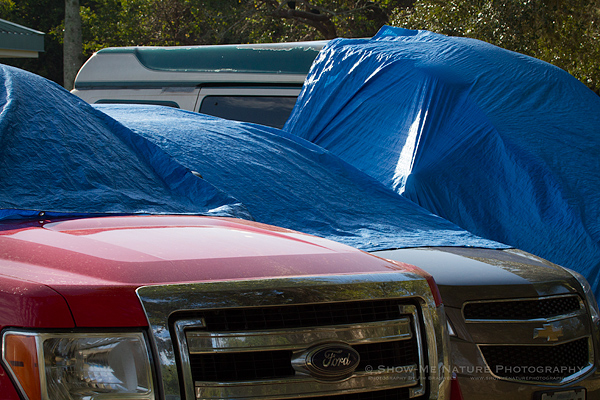 As I drove out of the parking lot, I saw several vehicles, left uncovered by the owners, and several industrious vultures sitting on the cars. I did not see any damaging the vehicles, but have since wondered how their vehicles fared! So, if you decide to visit the Everglades’ Anhinga Trail, be sure to cover your vehicle … no joke! :o)