How to Build an Otter Nursery

A while back, I posted on a Northern River Otter (Lutra canadensis) that I saw while kayaking “My Kayaking Friends“. What I didn’t tell you was “the rest of the story”. I needed some more time to do some research before laying out the complete scenario, as well as being tight-lipped until trapping season was concluding. Now that the research is done and trapping is ending this week, I think it is safe to now tell the whole story (and even now, I won’t disclose the exact location (I am now kayaking in 6 different locations) as I want to protect this family during the nesting phase of their lives).

So here’s the story. As I waited for ducks to fly over me, you may recall this otter swam across, in front of the kayak: 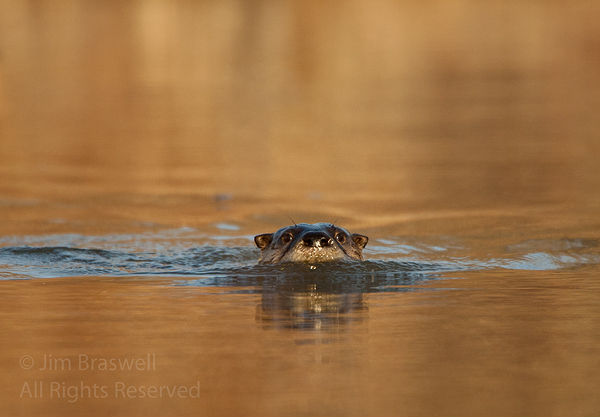 A few minutes after that post’s series of images was made, I again went to photographing incoming ducks. A couple of minutes into shooting, I saw some motion out of the corner of my eye. Looking over to the right, I saw this scene on the bank: 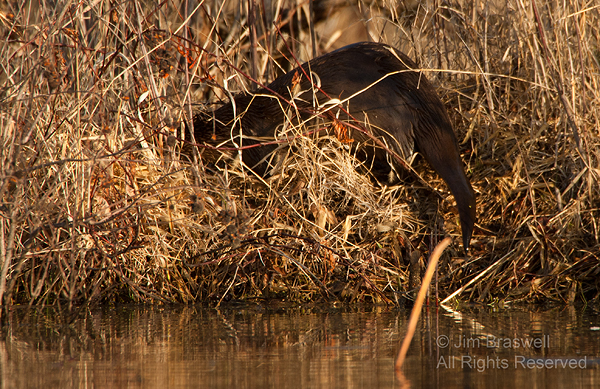 At first I wasn’t sure what it was or what it was doing. But after watching for a moment, I realized it was the river otter that I had seen just a couple of minutes earlier. But I still couldn’t tell what it was doing. I was hoping that maybe it caught a fish and was eating it on the bank (river otters will catch the fish and then leave the water to eat) but no fish was ever seen. Another minute passed and then he turned and headed back towards the water: 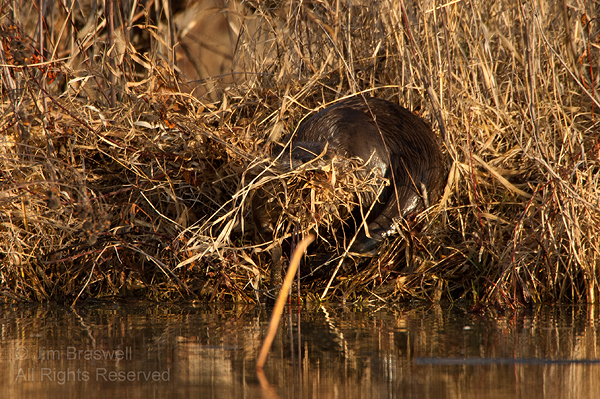 As he headed back to the water, I could see that he had a mouth full of dried grasses! And he was not a he, but rather a she! It didn’t take long to realize this was a young, female river otter and was preparing a nest (the female otter makes the nest in the otter world). Here are a few images of her activity that wonderful morning: 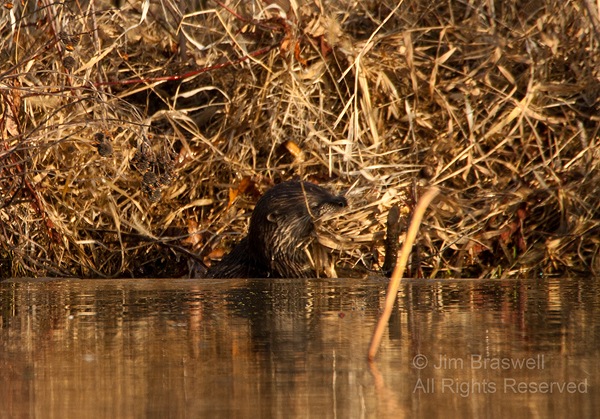 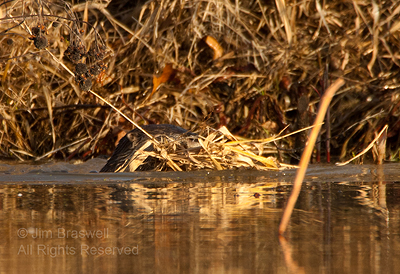 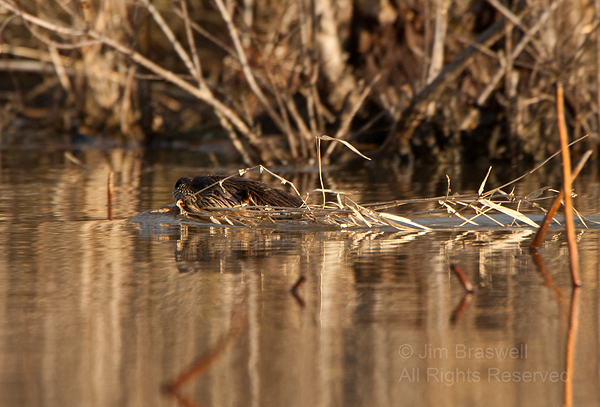 This went on for a good 15 minutes or so. After each gathering of grasses, she would re-enter the water, swim a short distance til she approached a dead tree trunk lying in the water. When she got near this landmark, she would proceed to dive underwater: 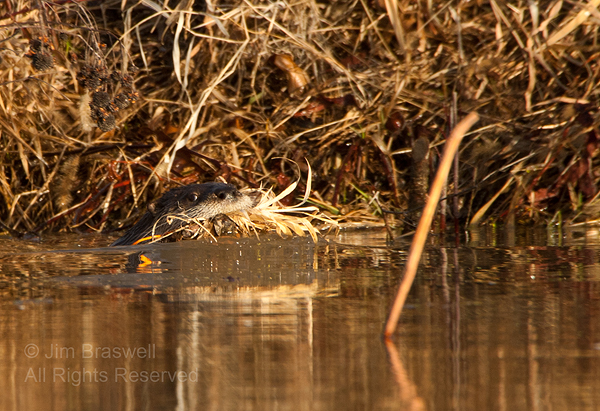 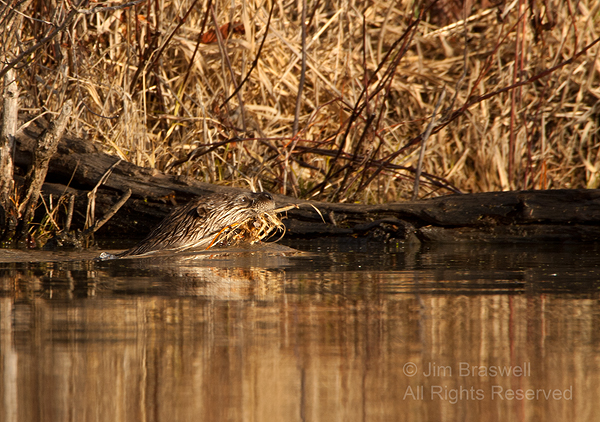 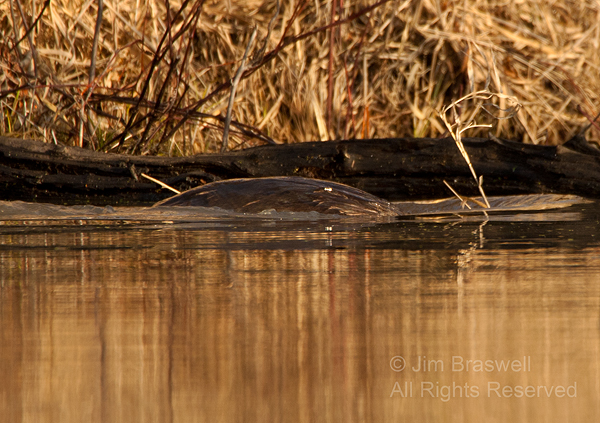 Looks like she is building her nest into the bank, with the entrance underwater … maybe an old muskrat burrow? or maybe an old beaver burrow? In any case, I’m really looking forward to grabbing/sharing some wonderful images of this otter family in a few weeks. River otters are so playful and fun to be around anyway, can you imagine the joy of being with a litter of little ones? Should be a real highlight of the summer!

Once home from this trip, I immediately started my research on the river otter’s nesting behavour and timeline of events. The reference I consulted noted that a litter of 1-6 is usually born in March or April, fully furred but born blind. The female establishes the natal den shortly before giving birth (since this encounter took place on March 02, I’d expect the litter to already be in the den by now). The young are weaned at 4 months, but will hang around with the parents until fall or winter, when they go their own way. One interesting detail: the male is evicted from the family when the young are small, but returns to help care for them when they are about half-grown.

So you can understand why I say that I hope to be in the water an awful lot later this spring and into summer! Gotta keep an eye on the otter nursery!