Today’s post is the first of two posts that feature Park Avenue, a very interesting area in Arches NP (Utah). Park Avenue is so-named because of it’s towering walls that surround a smooth rock canyon bottom, simulating the skyline in New York City. Arriving as the sun began to set in the western sky, the mountains in the La Sal range, that are located across the road from Park Avenue, and which had received fresh snow the night before, was lit with alpenglow on the mountain tops. What a glorious way for Park Avenue to greet me! 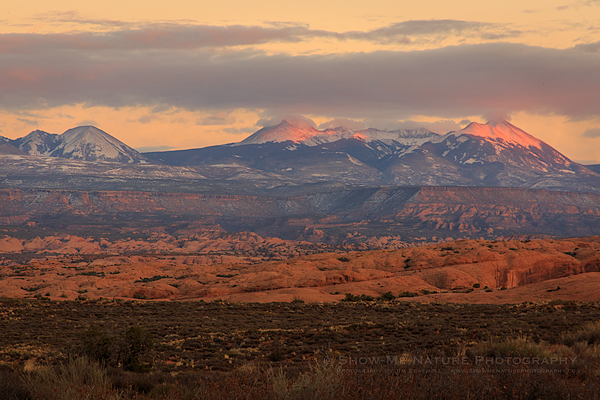 For a comparison, here is a similarly-composed image I captured from the same area, just a few days later: 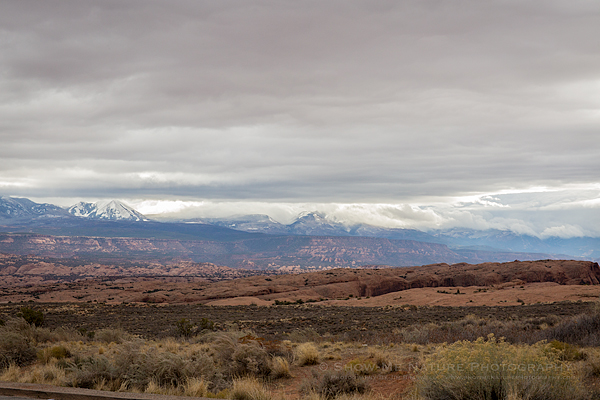 I think you will agree with me that timing is everything … the alpenglow image is much more alive!

And here is an image (taken a few days later, during daylight hours) of what Park Avenue, with it’s rock canyon and towering rock walls looks like during daytime: 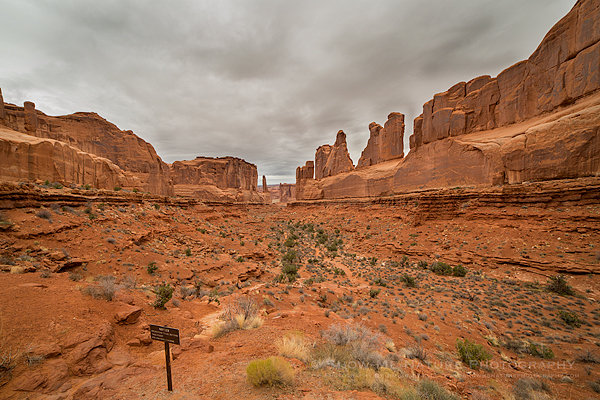 Out of the camera’s view (to both sides) the walls rise straight up and seem to reach the sky! By the way, on the day this last photo was taken, I had a wonderful, moderate wind from my back. This fit nicely as I released a small amount of my wife’s ashes at this location. As I tossed them gently into the air, the wind carried them over my head and out across the canyon … a wonderful sight that I now wish I had captured on my camera sensor. Karen and I had planned and scheduled this trip in October 2015, she now will awake every morning with this awesome sight in front of her!

In my next post, I’ll feature some of the night images captured in Park Avenue, including an unexpected surprise!