During my short, weekend trip to central Kansas, I ran across a rather gruesome sight … approximately 20 dead Sandhill Cranes. As I described in my last post, this area was hit hard the night before, by an extremely severe storm. In fact, when the height of the storm hit, we were just driving into Great Bend to find our motel. The rains were so heavy that it was almost impossible to see the road we were driving on! I later heard the storm statistics:  winds up to 90 mph, 2″ of rain (in a very short time), all with 2″ diameter hail falling down! Well, between the strong winds and the large hail, the large Sandhill Crane population (approx. 15,000) that had stopped at the Quivira NWR for a short rest on their trip to their wintering grounds, had been hit hard. In addition to the ~20 dead cranes, there were several we saw that were running around, unable to fly. Most likely, either the hail or strong winds caused these injured birds to have broken wings. Such a tragedy … but Mother Nature puts these tragedies to good use, as evidenced by these images I captured, the morning after the storm.

As we drove past this area of the refuge, I saw a large bird across the road, busy feeding on something. As we drove closer, I could see it was an immature Bald Eagle (Haliaeetus leucocephalus). Here are a few images I made as the youngster fed on one of the dead Sandhill Cranes: 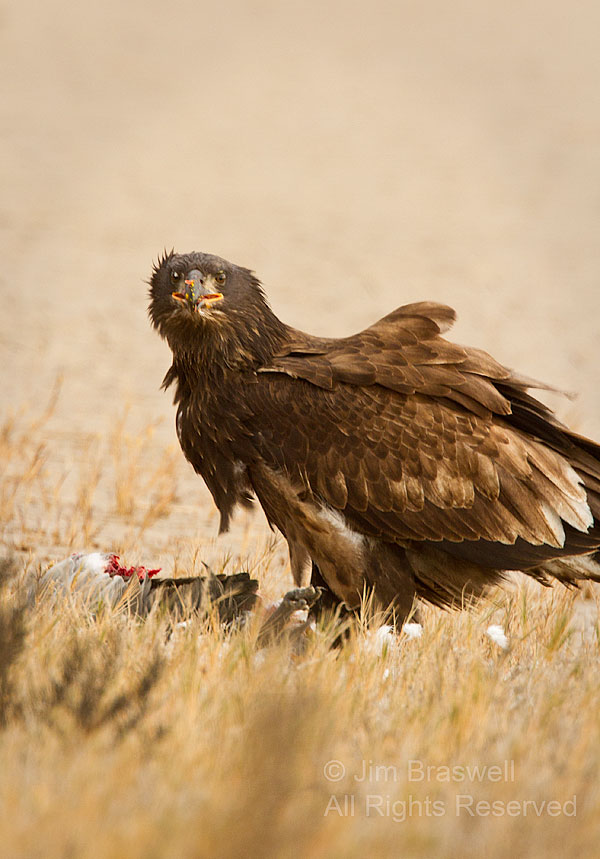 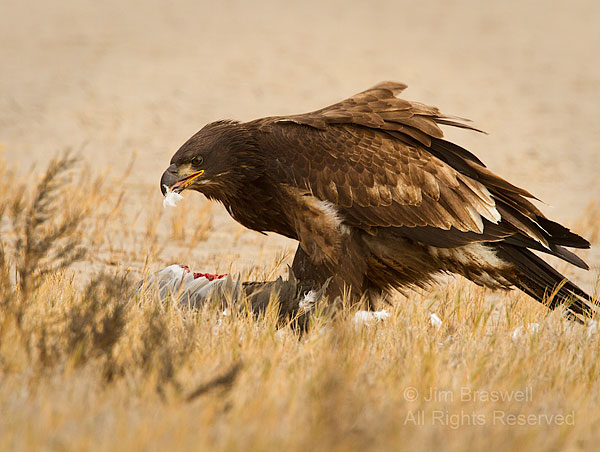 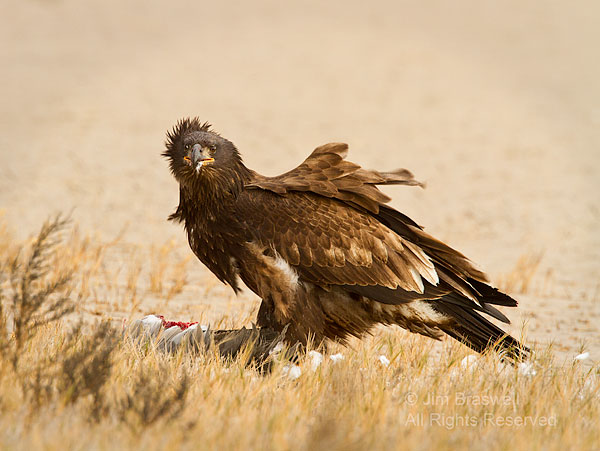 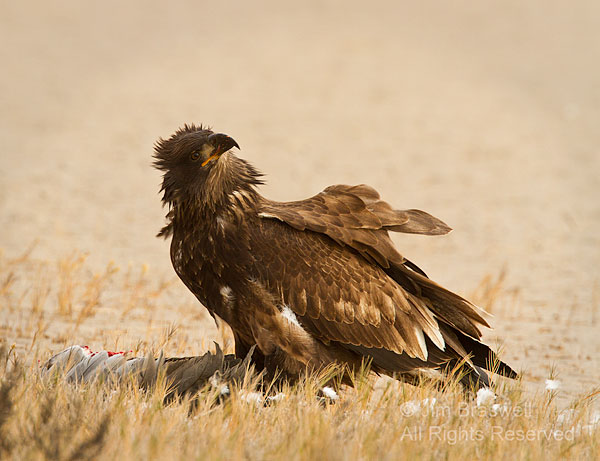 As a nature photographer, I should be used to seeing such tragedy in nature. But each incidence still leaves a sadness in me, even though I understand the role Mother Nature plays in recycling. So many times, one life must fade away so that another life will live on.