Today’s post features one of the highlights of my recent photo trip to Oregon’s Columbia River Gorge … Multnomah Falls. This two-tiered waterfall towers 611 feet high, with the top tier reaching 542 feet and the lower tier 69 feet. According to Native American lore, Multnomah Falls was created to win the heart of a young princess who wanted a hidden place to bathe.

For an even closer view, you can walk another several hundred feet up the paved trail to reach Benson Bridge, which spans the falls at the first tier’s misty base. Standing on the bridge you have a perfect view of the top tier’s full 542-foot height and a knee-wobbling vantage point over the second tier’s 69-foot drop! The bridge is named for Simon Benson, a prominent Portland businessman who owned the falls in the early part of the 1900s. Before his death, Benson gave Multnomah Falls to the City of Portland, which later transferred ownership to the USDA Forest Service.

Here is a view from the base of the falls: 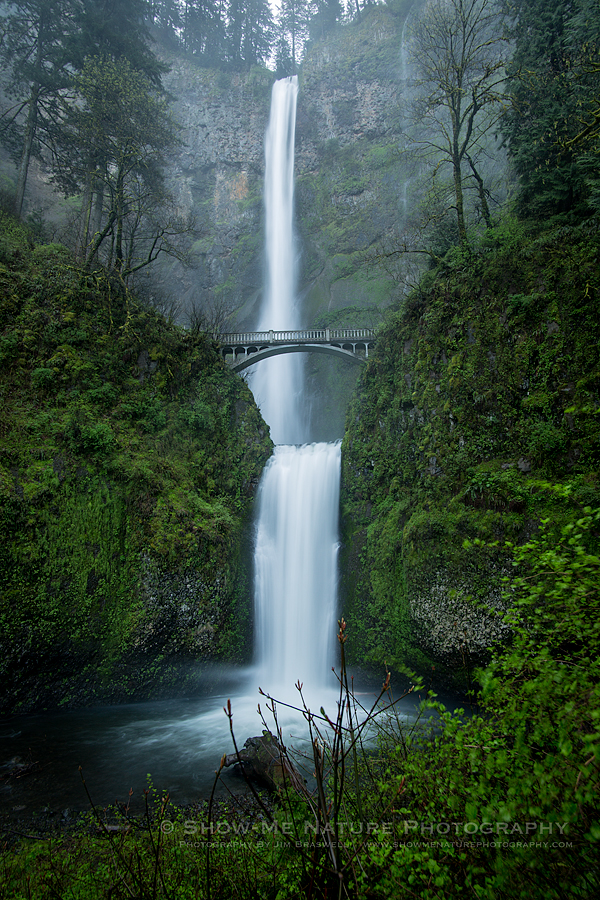 In this next image, you can see a young lady standing on the Benson Bridge: 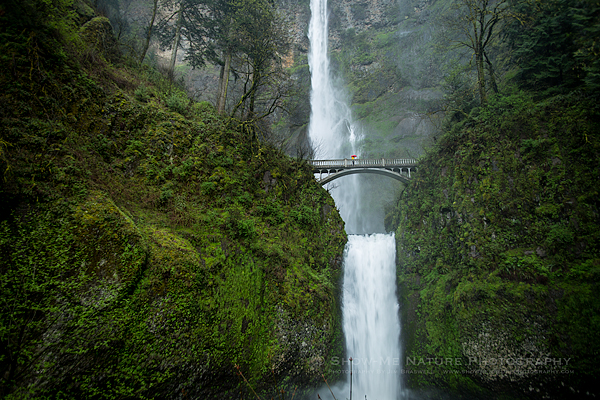 After photographing the falls from the base, I hiked the trail to Benson Bridge, where I attempted to capture a closer view of the upper tier of the falls. This proved to be extremely difficult as the heavy mist and turbulent winds made it very hard to capture an image without having droplets of water on the front of the lens. Even using a technique of wiping down the lens front, followed by immediate covering it up, then briefly removing the cover to capture an image was very difficult. But I finally managed to capture a single image with no obvious water spots! 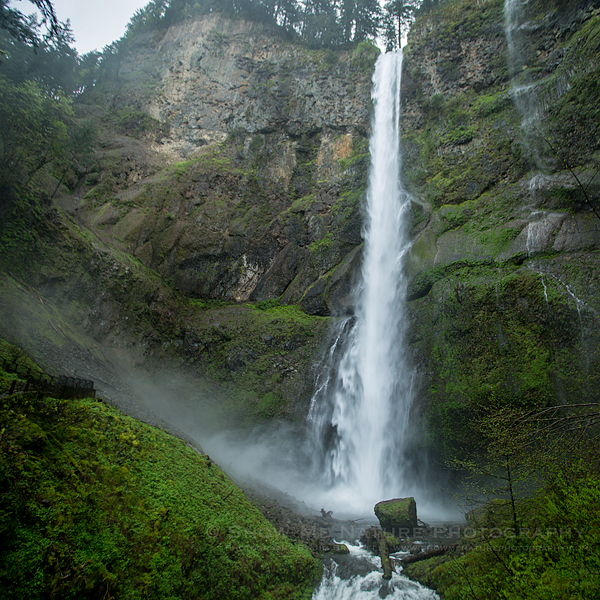 Talking with several people at the falls, I was told that in 2016 the Benson Bridge was closed, due to a tree falling on the bridge and breaking it up. I’m sure glad it was repaired before my trip there … an awesome sight to see from the bridge!