Enjoyed another kayak outing yesterday morning. The beavers were not cooperating again. Instead of out and about on such a nice, fall morning (air temperature was a crisp 38F when I began the adventure, a bit chilly but I love the crisp, fall mornings on the water!) I heard them inside the lodge, gnawing on some tree limbs they carried inside. I hung out for about 90 minutes, but all three beavers were “no shows”, so I decided to kayak around and see if something else was happening.

As so often is the case, I came upon a totally unexpected, but welcomed event. A Pileated Woodpecker (Dryocopus pileatus) was busy pounding his large beak into a dead tree that was standing in the water. As I carefully and slowly approached him (they tend to be quite skittish) he was so busy with his activities that he really didn’t pay much attention to me. As he worked his way up/down and around the tree trunk, he placed himself in front of some awesome fall colors, and at rather close range: 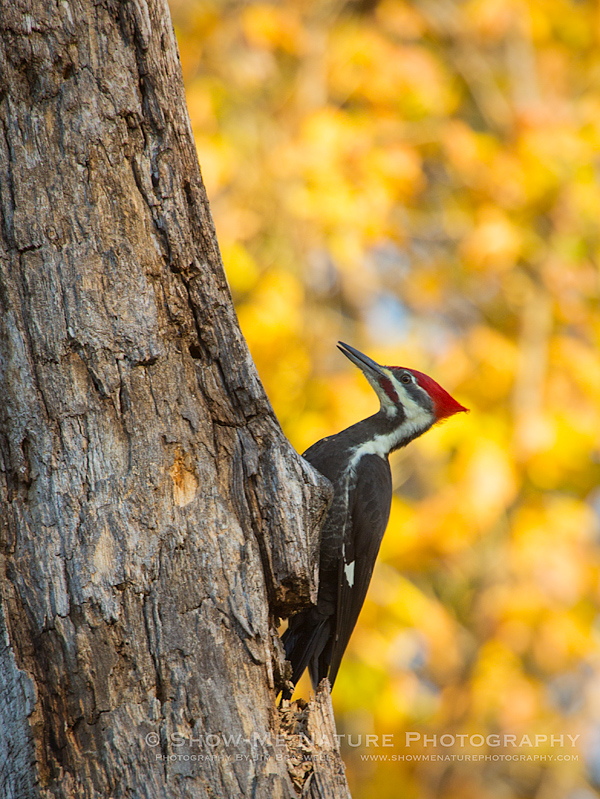 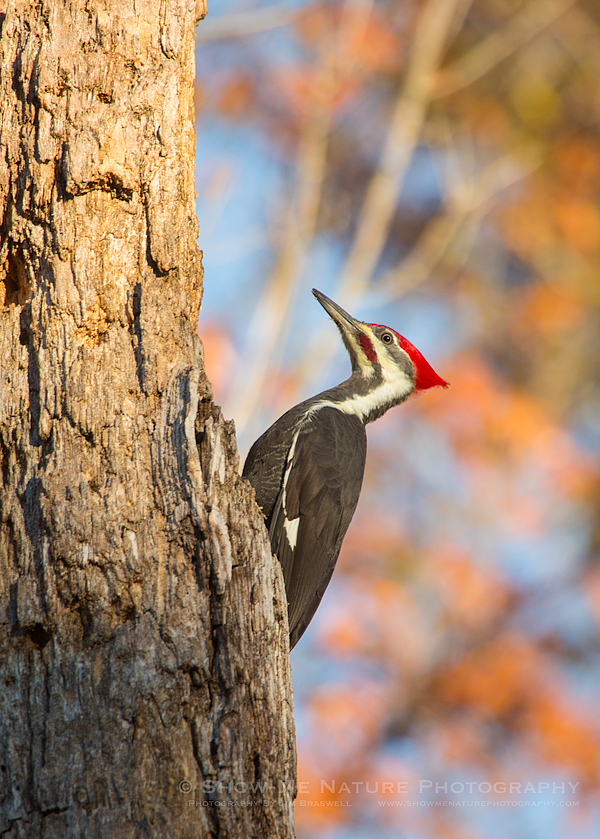 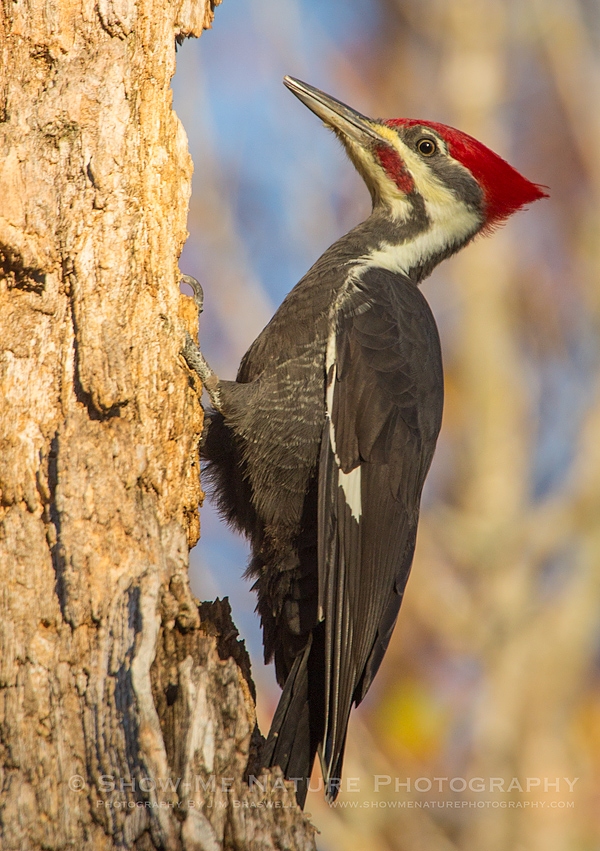 This close encounter made my whole morning worth the trip out! But on the way out of the area, I had another wonderful encounter with another, usually skittish creature  … I’ll share that in tomorrow’s post!