And Now, the Rest of the Story!

While photographing at the Lee Metcalf NWR, near Missoula, Montana, I posted an image of a fledging Osprey (Pandion haliaetus). And now, the rest of the story:

Immediately after arriving at the Lee Metcalf NWR, I drove to a long-time osprey nest, located next to the refuge road. When I pulled up, I noticed a rather large “baby” still in the nest, making a lot of noise. Within a few minutes, an adult osprey flew over me and headed to the nest with a fish securely held in it’s talons. It landed in the nest, but would not give the younger bird the fish. Instead, the adult bird abruptly launched and flew to a nearby tree, with fish in tow. With the youngster looking on, the adult began eating the fish in front of the young bird, “tempting” it to fly from the nest. But the young bird held firmly, refusing to fly; instead it only squawked and made a lot of noise.

After a rather long period of time, the youngster began jumping about the nest, flapping it’s wings as it bounced around. Then, without warning, it left the safety of the nest and began to fly around the immediate area. I don’t know if it meant to leave the nest, or just got too close to the edge and was “committed”. In any case, it was doing a rather good job of flying about … that is, until it tried to land. Coming to the first tree, it looked poised to make a seasoned landing: 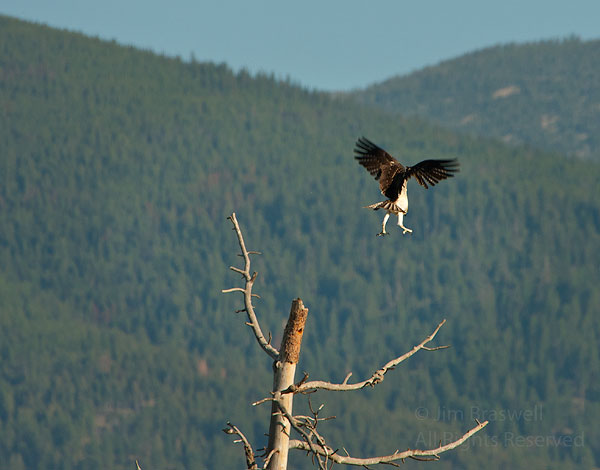 … but failed to stick it: 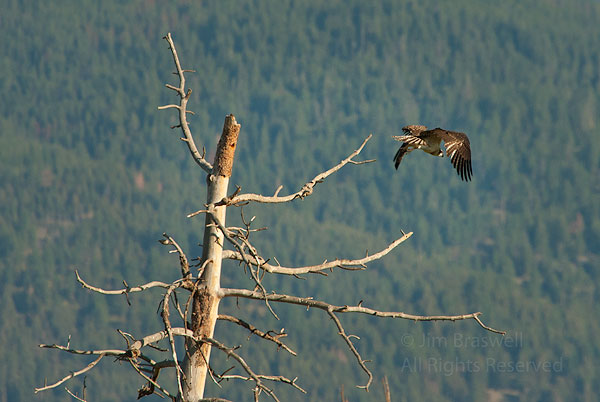 So, it flew towards the next tree, preparing to land in it: 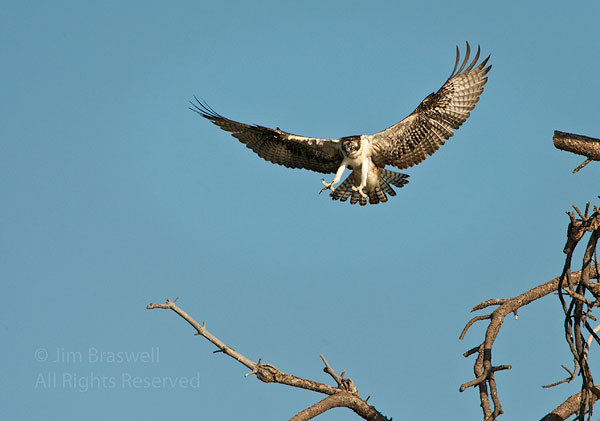 … but with the same results! 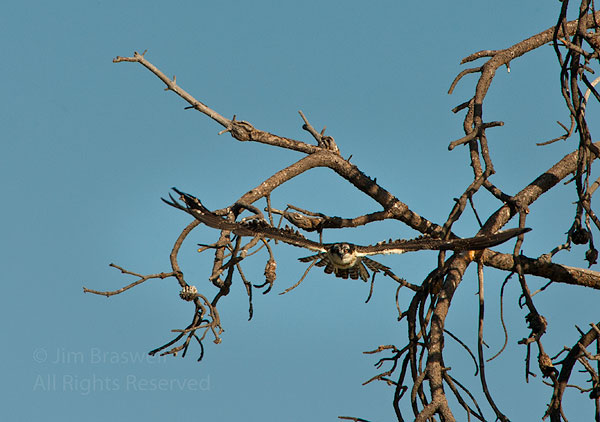 The bird then flew to the third tree … this time, landing successfully! 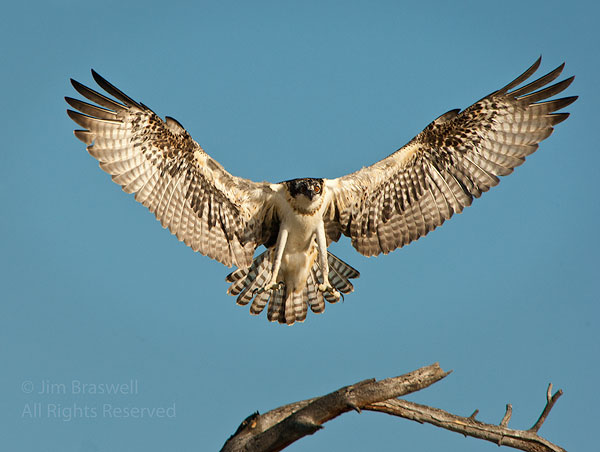 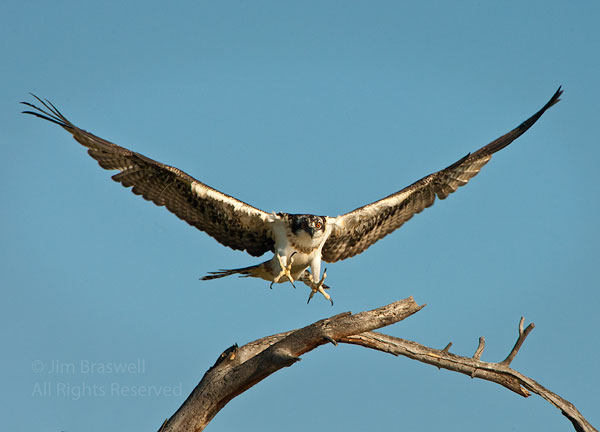 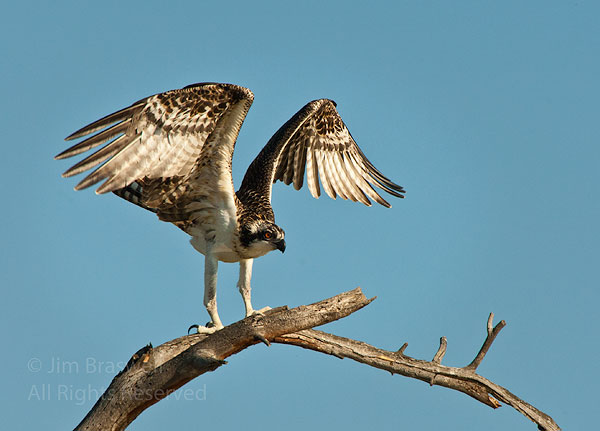 He then looked down towards the ground, likely thinking what a great job he just did: 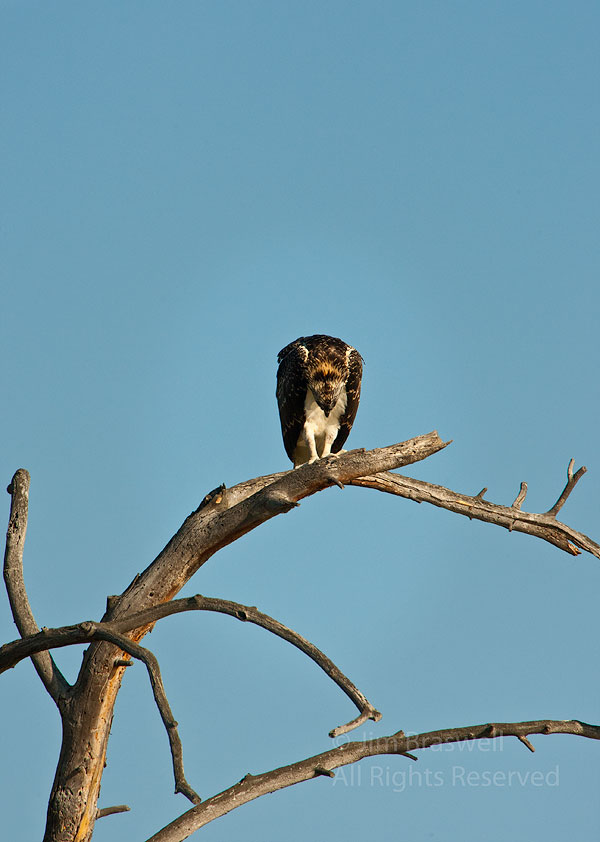 Then he stared towards the heavens: 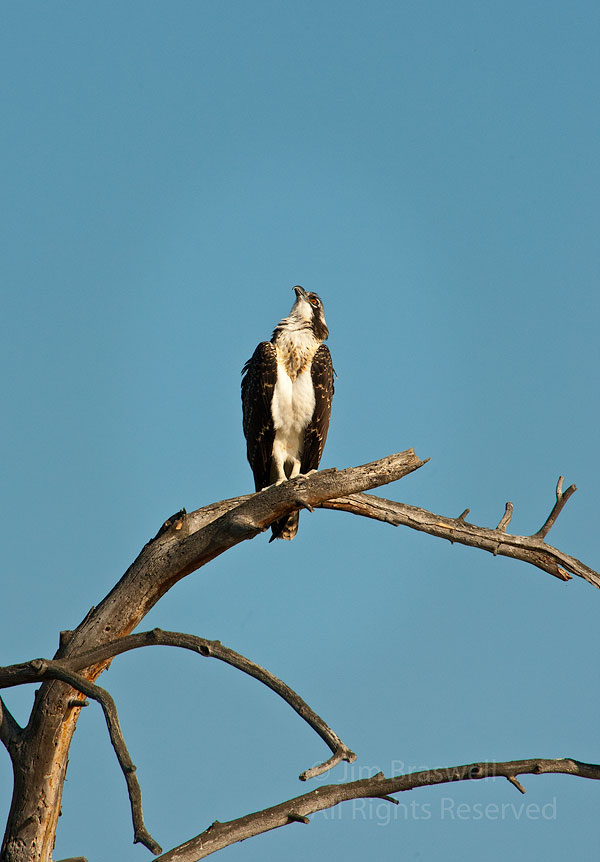 What could he be looking so intently at? 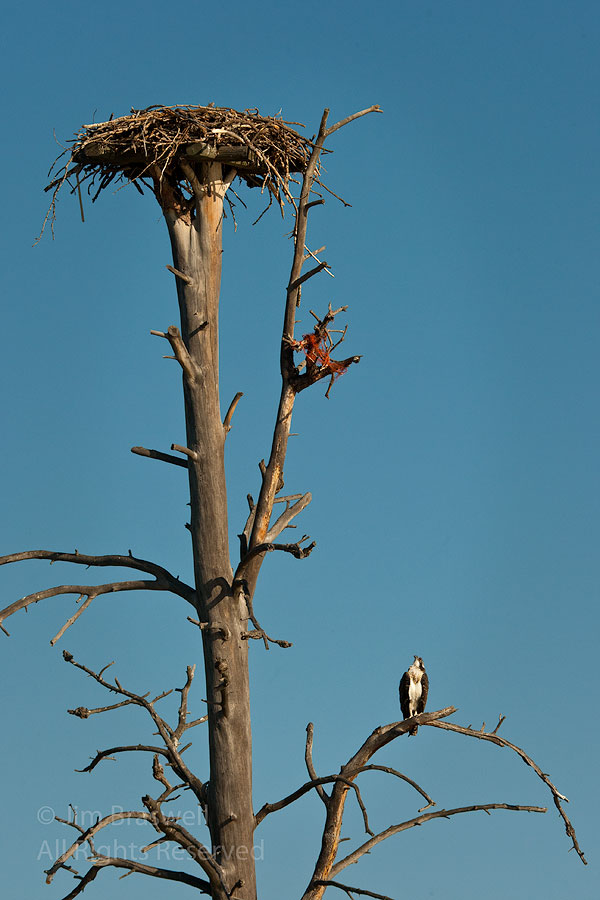 Hmmm, maybe “How do I get back up there?”

Within a few minutes, an adult osprey flew back in with a small fish: 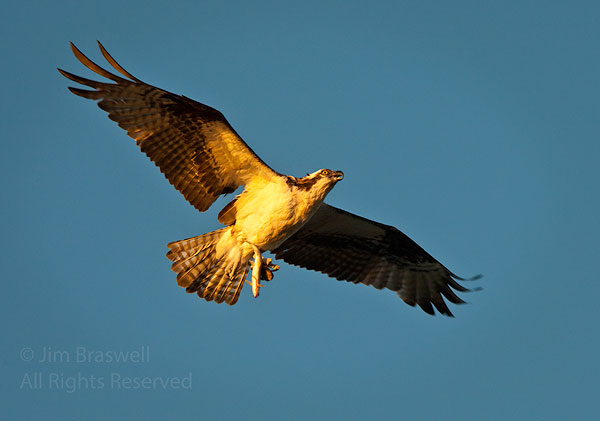 … landed in the same tree, next to the fledgling osprey, and proceeded to feed it: 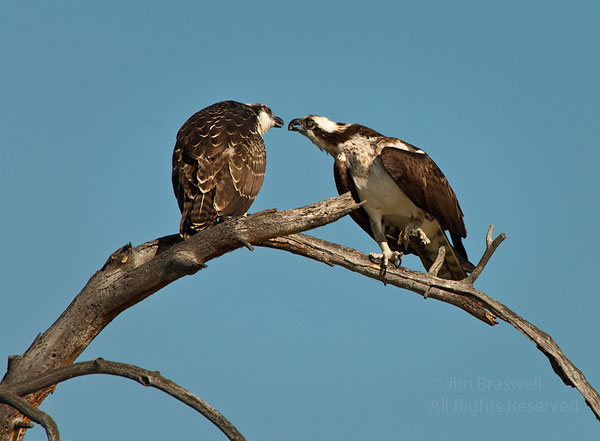 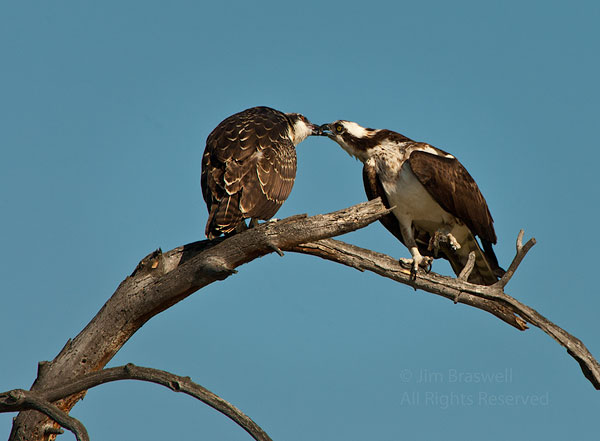 Like I always say, there’s always something wonderful going on when I visit this picturesque refuge! Anyone living in the Missoula area should check out this little gold mine.