Get the Popcorn Out … A Sneak Preview!

As you may know, I love to head north to Alaska. And my usual subject is the big, coastal brown bears of Hallo Bay. Late last summer, I was able to spend 6 days at the Hallo Bay camp, photographing the wonderful brown bears here. But what I hadn’t mentioned, was the fact that I was able to visit with and watch some of the world’s best wildlife cinematographers at work, filming what should be a spectacular, upcoming film from DisneyNature! 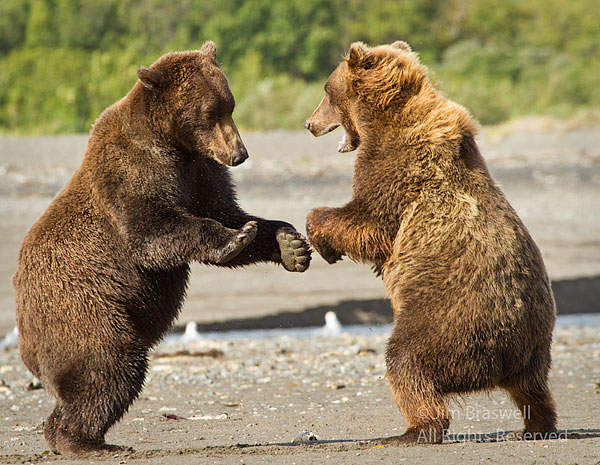 It was especially interesting to be able to sit and talk “shop” with two of the finest, British emmy-award winning wildlife cinematographers in the world! (I had met one of them, Gavin Thurston, at the camp a few years earlier while he was filming “Big Bear Diaries” for the BBC).  Besides just the thrill of watching and talking to them, I also worked at catching some important tips and tricks for photographing in the wild.

Well, just the other day, the fine folks at Hallo Bay Bear Camp sent me a short, “preview” video of the work the crews completed in 2012 (this new film is a 2-year project, with 2013 filming scheduled to start at the end of April, when the bears first emerge from their dens, through the end of September, when the big bruins return to the mountainous den areas). The completed film is scheduled to premier on Earth Day in 2014 (April 18). But I thought my readers might like to catch a short preview of this film. This 2+ minute trailer shows some of the films that DisneyNature is currently working on (the Hallo Bay bear portion is at the end). And if you’ve ever been to Hallo Bay, I’m sure some of the landscapes and bearscapes will look familiar to you!

Here is a link to the preview video:

In a followup post, I’ll feature a few photos I gathered of some of the film crew, as well as a couple of interesting discussions I had with the videographers.