When hiking prairies in the summer, I always try to stay alert for Jumping Spiders (Family Salticidae). Not because of any danger to me, but because they are so cool. They are typically small, the females reaching a length of ~8-15 mm long, and the males a bit smaller, ~6-12mm in length. They have an appearance of a “flattened head”, and have 8 eyes (“the better to see you with”!). Their 2 main eyes are larger than the rest and sit in front, in the middle, and give the spiders binocular vision. In addition, an additional set of 2 eyes (smaller than the main set of eyes) sit facing forward. The third set of 2 eyes sit a bit above and the other eyes and look slightly backwards. And the eyes are an awesome green color, as can be seen in the following images I captured on the prairie one summer afternoon (note the 2 main eyes, the 2 smaller eyes just above and to the outside of the main eyes, and you can just see one of the third set of eyes, on the top and outside portion of the spider’s head): 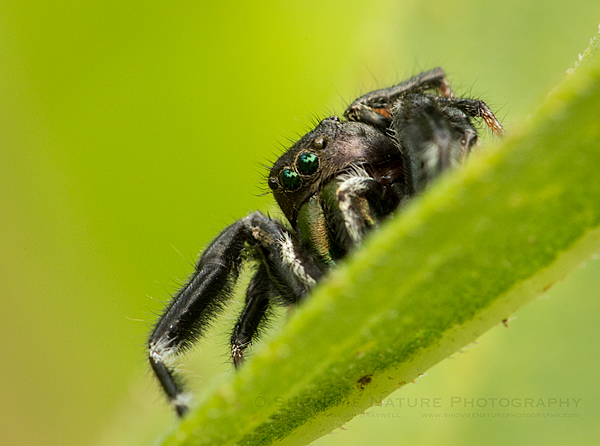 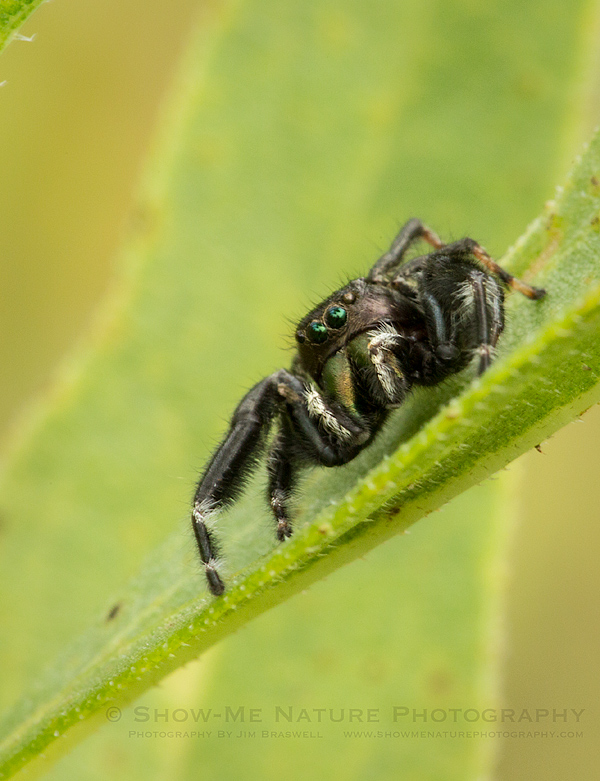 By the way, they are named “jumping spiders” due to their ability to perform spectacular jumps when pouncing on prey. But I find I have to work slowly and not too close to them as they will quickly scurry away from me … guess those 8 eyes must really give the spider quite a view of me approaching with my camera and tripod!