After some wonderful hours with the Orcas, we stopped at Researcher’s Cove to tour a research station and talk to another whale researcher. With the setup of the cove, we had to anchor a short ways away and hike about a quarter of a mile to reach the station. After anchoring, we boarded our skiff and headed to land. From our landing, we could look back and see our boat, Delphinus, anchored in the cove: 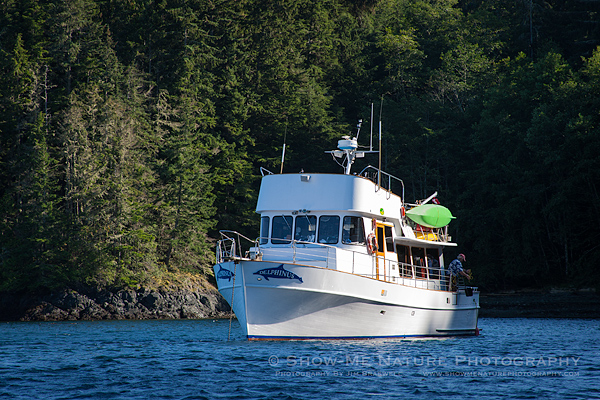 And looking behind us, we could see the Research Station, across the cove: 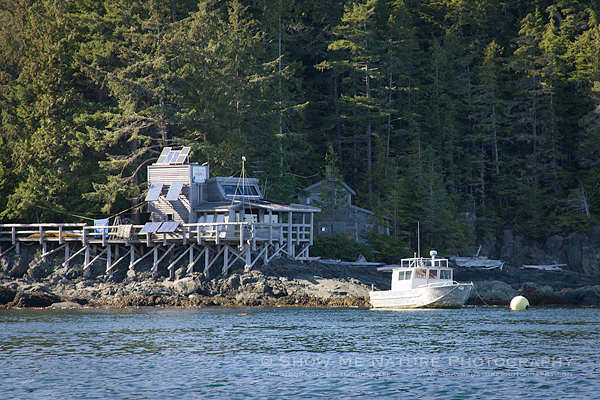 It’s a little hard to see in this image, but there are 4 birding scopes set up on the deck of the station. Just inside the structure, logbooks are maintained of the Orcas that are identified as they pass the station. Orcas are identified by their color pattern, the white saddle patch at the dorsal fin, as well as any other uniquely identifying marks, such as notches in the dorsal fin and tail, etc.

As we hiked around the cove to reach the research station, we were walking among giants … old growth forests rule the land here. As Molly (one of our boat guests) stands next to a tree, you can see the astounding size of some of these trees: 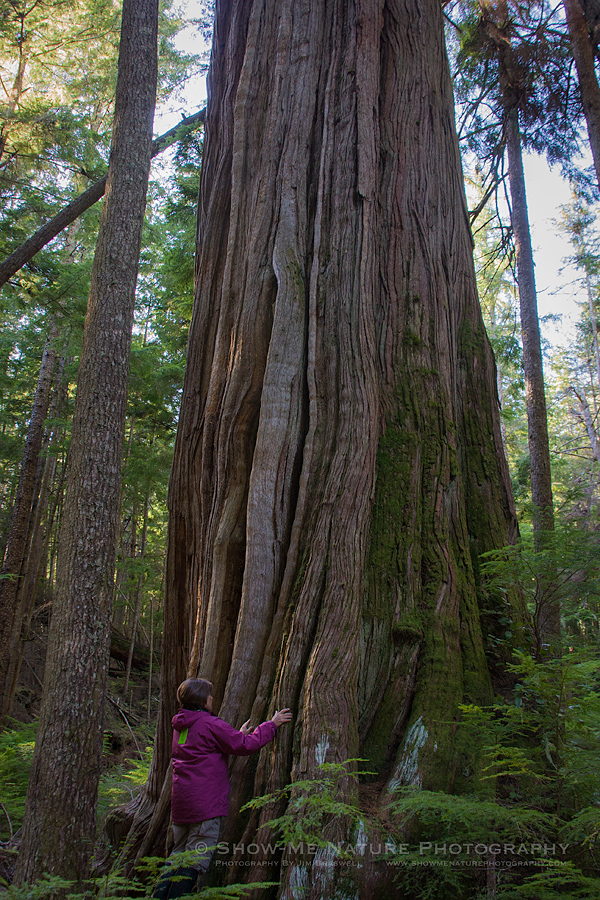 We also found several Banana Slugs, a common critter of the rainforests: 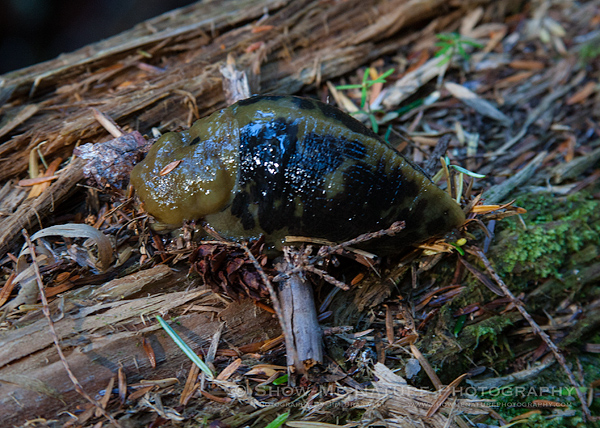 After talking to the researcher and touring the research station, we hiked back to our skiff and out to Delphinus. After a short boat ride, we anchored at Farewell Harbor for the night, but not before enjoying this wonderful sunset: 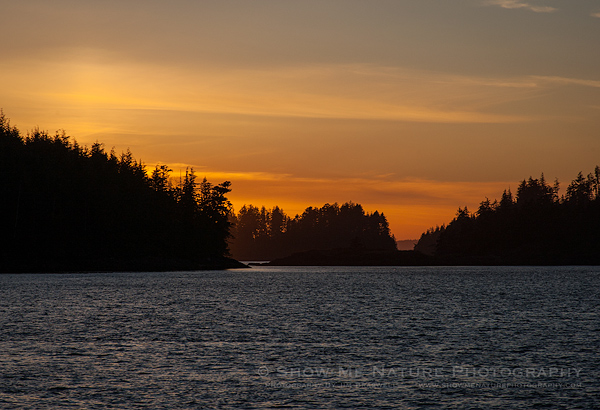 Now, to get some sleep for tomorrow’s adventures!